Qualcomm Toq review: a brief glimpse at the future of smartwatches

There's a difference between great technology and great products

The perfect smartwatch is deceptively simple: give it a great, always-on, glanceable display. Make it last for days on a charge. And for goodness’ sake, make it look good — it’s on your wrist all day, after all. You can’t hide it in your pocket like you do a phone.

No one’s yet figured it out and delivered the total package. For now, the wearables category is effectively the Wild West of the consumer electronics world, rife with rampant experimentation, weird ideas, and even weirder form factors. It’s a place where startups (like Kickstarter darling Pebble) still have a fighting chance against giants like Samsung. Nothing definitive has really come out of the primordial ooze: we know that wearables are a thing — and that it's going to evolve into one of the next great multibillion-dollar product categories — but we just don't really know what that thing is yet.

And now, that’s how we’ve ended up with the Qualcomm Toq. The California company, better known for making the guts that go inside your smartphone, is dipping its toe in the water with a consumer product in part because it has a story to tell other watchmakers: “We have an amazing display technology just sitting around collecting dust, and the next time you make a smartwatch, you might want to consider using it.”

It’s a compelling story, but it’s not without its plot twists.

It's all about the screen

The Toq is a rather bizarre proposition, because at $349 it costs more than twice as much as a Pebble that offers comparable functionality. Of course, Qualcomm would tell you this isn't really a typical consumer product: it's more of a demonstration and reference design for Mirasol, the company's long-running pet project, a promising display technology with extremely low power draw that has been held back for years by cost and a tricky manufacturing process.

Mirasol is an excellent — but elusive – display technology 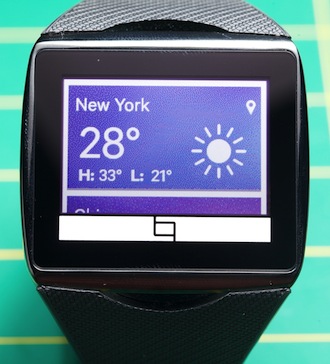 But boy, is Mirasol great for a smartwatch. Technologically, it’s sort of a hybrid between DLP and LCD, and offers many of the benefits of E Ink without any of its disadvantages. It becomes even more readable in bright ambient light, which is why Qualcomm has occasionally marketed Mirasol as a compelling option for e-readers.

The Toq's capacitive touchscreen never turns off, because like E Ink, it draws effectively no power when it’s not changing states — you can glance at it and always know that you’ll see the time without having to press a button or perform any wrist gymnastics.

Where Mirasol really wins, though, is on refresh rate: screens change instantaneously, with no more delay to the naked eye than an LCD. The Toq also offers full color, and it ships with some pretty beautiful watch faces to take advantage of it.

It’s otherwise mostly a gimmick, though — the colors are fairly muted (I’d almost describe it as "black-and-white plus"), and Pebble has done a good job demonstrating that a glanceable source for the time and notifications doesn't really need color to get the job done. 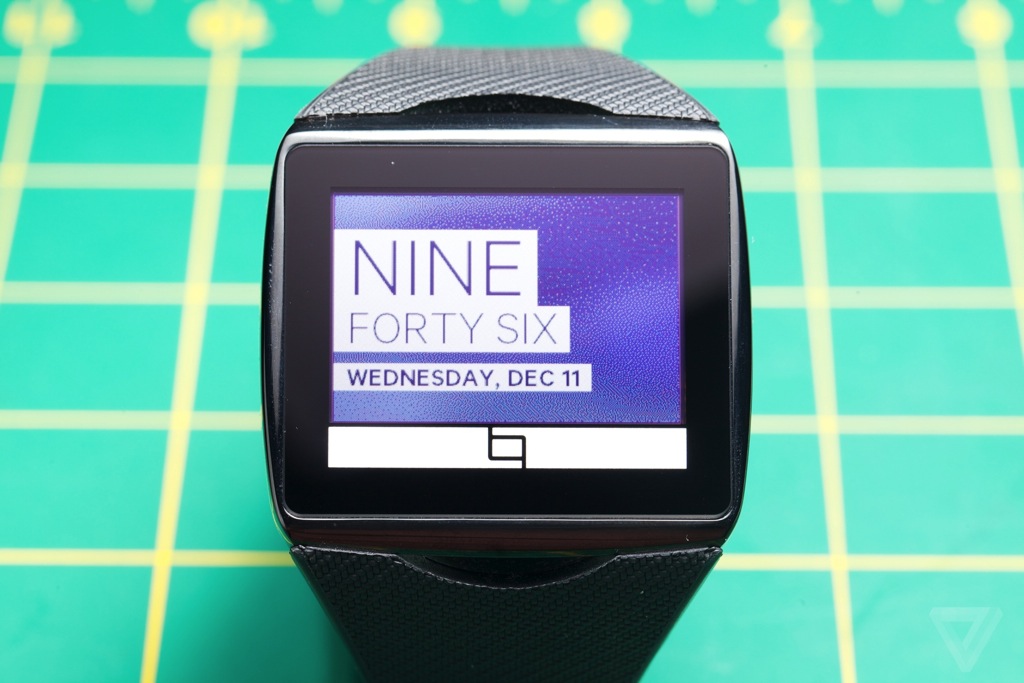 First, be a watch

Beyond the lovely display, the Toq is a mishmash of hardware concepts that don't quite work. Qualcomm isn’t known for making watches, and it shows.

The watch face and its surround are perfectly fine, as long as you like a larger, heavier watch (I do, but several of my co-workers have commented that it's too big). You'll immediately notice the complete lack of buttons and crowns along the sides, though. Qualcomm is trying to do everything through touch alone: the screen is capacitive touch, there's a gesture bar immediately below the display, and even the wristband is touch-sensitive. 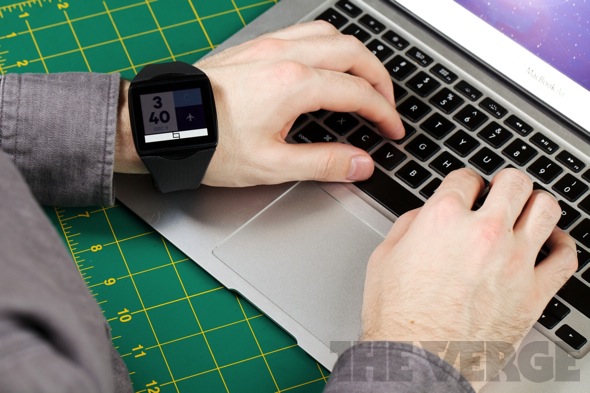 That sounds neat, and in some ways it is. But it mostly just takes longer to accomplish basic functions than it might with physical buttons. There's no marking or depression on the touch-sensitive areas of the band above or below the display, for instance, and I found myself tapping them four or five times to find just the right spot to activate the backlight or exit an app to return to the watch face. And without a "lock," per se, I was constantly activating them inadvertently, apparently by folding my arms and making skin contact — I'd glance down expecting to see the time, and I'd see the main menu instead.

There's also no real consistency in the touch paradigm: you need to slide your finger along the touch strip below the display to change watch faces, but you can move between "favorite" apps by performing the same motion on the display when you're at the main menu. It's confusing.

Unfortunately, Qualcomm commits a cardinal wristwatch sin by making the Toq’s band unreplaceable. In fact, the battery is located in the clasp, which explains why the mechanism is so big and uncomfortable; I invariably took the Toq off when typing. And even worse, you can only resize the band by cutting it with scissors, which means you can't share it or sell it to someone with a larger wrist once you've sized it. Unless you trim the band significantly, the clasp rests weirdly off-center, which causes the face to naturally fall to the side of your wrist. None of this is really forgivable for a $350 device. I'd be more liable to overlook all of it if the band was at least attractive, but it's a cheap plastic that you'd be just as likely to find on a watch costing a tenth as much. 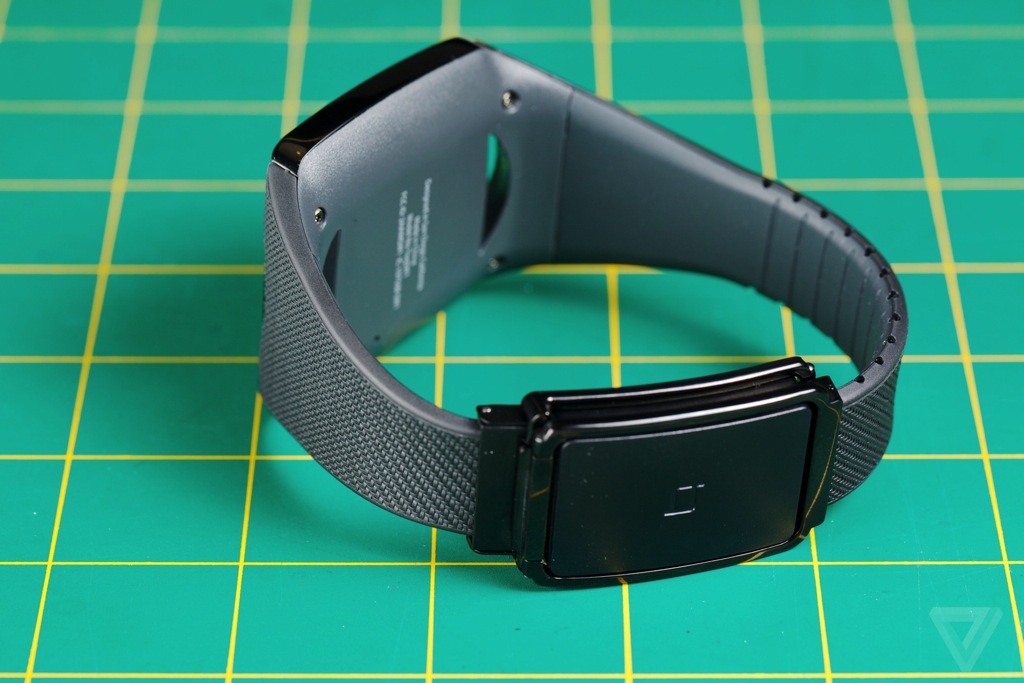 There are moments of brilliance in the Toq's design. The companion app (which is only available for Android at the moment) looks great and is extremely user friendly, walking you through the pairing process and automatically kicking off a firmware update. If you get lost, there's a three-minute video that covers everything. It's also reliable — I didn't have a single unexpected disconnection in about four days of testing, a problem that has intermittently plagued just about every other smartwatch on the market.

The touchscreen interface is easy to understand, but buttons would've worked just fine

Most configuration happens from the Android app. It's here where you choose which watch faces to install, what companies to track in the Toq's Stocks app, which cities to show in Weather, and so on. You can choose which calendars to surface on the watch, which — as someone who deals with a bunch of heavily trafficked shared calendars — is important for me so that I don’t have "event spam" clogging up the tiny display. You also get smartwatch staples like phone out-of-range alerts, incoming call notifications, text messages, and quick replies. And if you don't want to take a call, you can respond from the Toq using a preconfigured SMS.

The Toq takes about five minutes to master, tops. Except for the watch faces — which are changed by swiping along the silver bar below the display — everything is accessible from the main menu, which is called up by touching the wristband. Tapping an icon takes you into an app, swiping left or right takes you to the previous screen or to a pre-set "favorite" app that you can specify. It’s easy enough, but I could do without the sliding animations between screens — the general idea with a watch is to glance quickly at the information you need, then get back to your life. Animated flourishes just slow it down. 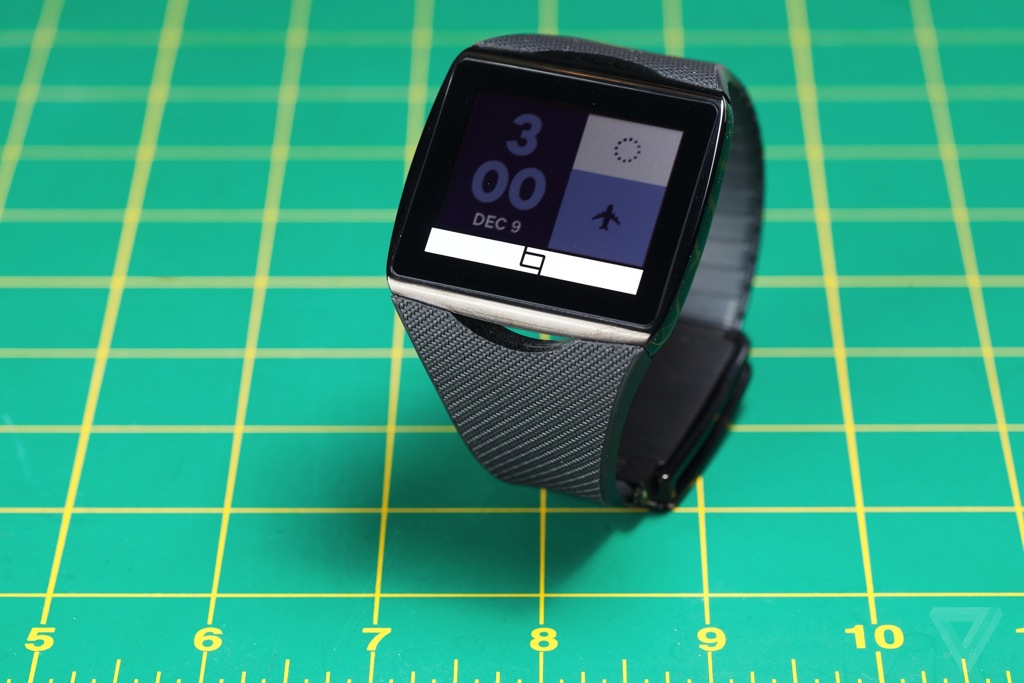 By enabling a setting, the Toq can also receive any and all notifications that are surfaced on your phone — a core competency for a true smartphone companion that most smartwatches have struggled to properly implement so far. The app allows you to filter based on app, so if you don't want Spotify notifications to show up on the Toq, for instance, you can simply turn them off.

Bluetooth 4.0 is an odd omission

Qualcomm advertises "multiple days" of battery life, which is more or less true: I got exactly 44 hours between charges while the Toq was connected to a Moto X. In my mind, multi-day run time is even more critical with a wristwatch than it is with a smartphone; realistically, I would've liked to go four or five days on a charge the same way you can with a Pebble or MetaWatch, but crossing the 24 hour mark at least puts the Toq solidly in the "usable" category. The Toq only supports Bluetooth 3.0, not 4.0, which is really strange — smartwatches are one of the most obvious use cases for Bluetooth Low Energy. It’s part of the 4.0 standard, and it’s been in use by competitors for quite some time. 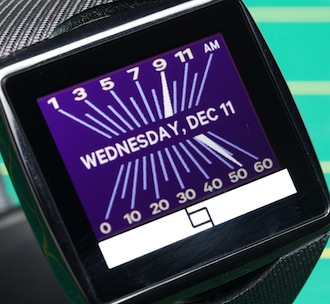 Once it's time to recharge, the Toq uses perhaps the most unique charging mechanism in the business. A big clamshell with a Micro USB connector — about the size of three smartphones stacked on top of each other — opens up to reveal a retractable charging stand. Set the Toq on it and it starts charging, flipping the screen sideways so you can still read the time and see the current charge level. On the other half of the clamshell, two nooks hold and recharge each earbud in a matching stereo Bluetooth headset.

Like the Mirasol display, this trick charger is effectively an ad for a Qualcomm technology — WiPower in this case — disguised as a consumer product. It works well, gives the Toq a pretty display stand for when it's not being worn, and is really no more annoying than the proprietary connectors used by Pebble and others. I'd prefer a Micro USB connector on the watch body itself, but it's tough to pull that off without sacrificing thinness or design. Wireless charging is the next best thing. 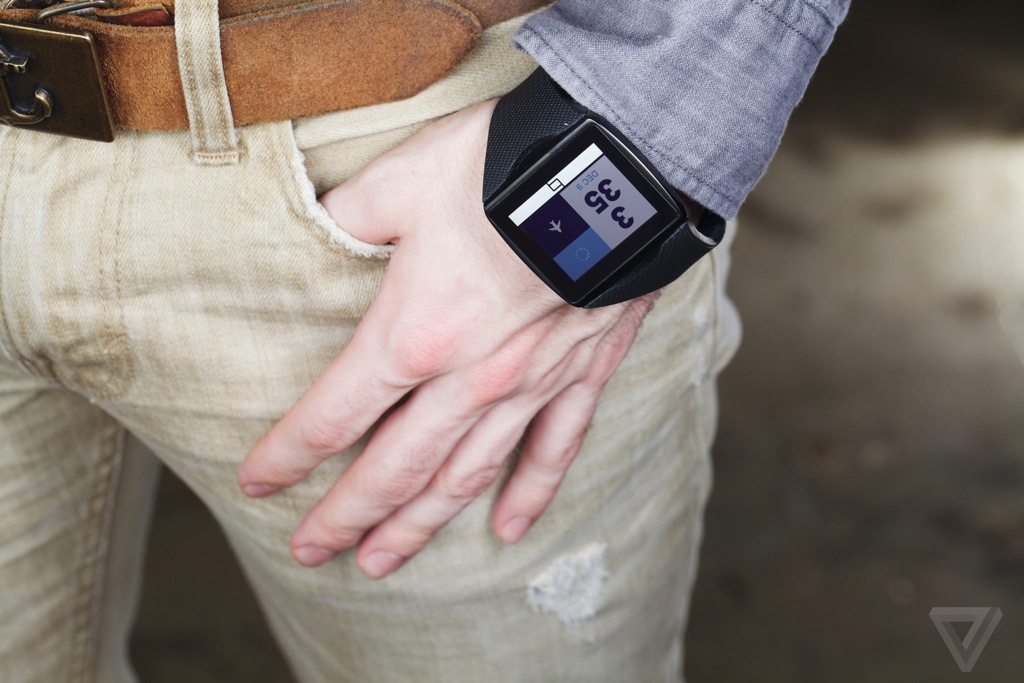 A killer proof of concept, but not a killer product

As a polished consumer product, the Toq falls flat: Qualcomm made too many bizarre design decisions and packaged them in a watch that doesn't look as good as a $350 watch needs to.

The Toq isn't the product, though. It's Mirasol; it's WiPower. And as a pure demonstration of technology manifested as a finished device — an honest look at what a smartwatch can do — the Toq is a huge win. Before I started using this watch, I didn't care about Mirasol, and I'd resigned myself to dealing with Pebble's finicky magnetic charging cable. Now, I'm asking why smartwatch vendors aren't sourcing Qualcomm displays and charging systems for their products — and that's undoubtedly what the company was hoping for. If Qualcomm had its way, the next step would be for the Pebbles of the world to take notice and buy an enormous box of Mirasol displays when the time comes to make the Pebble 2.

In other words, don't buy the Toq. Buy the next smartly designed watch that's using the Toq's awesome guts.