At an event in New York City today, Instagram announced Instagram Direct, a new messaging feature available today for iOS and Android that lets users send text, video, and photo messages to each other privately. "Communication is not about photography, necessarily," said CEO Kevin Systrom. "If we were about photography we'd be built into cameras, but we're not, we're built into phones." Instagram up to this point focused on photos and videos — "moments" — as Instagram calls them. Messaging adds a third dimension to the app that lets people communicate using words, Systrom says, but more importantly to do so privately, if you'd like. "Sometimes you want to be able to share not with everyone, but just with a specific group," he said.

"Communication is not about photography, necessarily."

Once you've finished editing a photo in Instagram, you can send it to up to 15 people, or just to one person. Each conversation needs to start with a photo, however — you can't send just text right off the bat. If the friend you're sending a message to is online, their avatar lights up in real-time inside a chat to show that they've seen or liked your message. A new Inbox button adorns the top right corner of your Instagram home screen that lets you instantly tap into your recent messages. If someone sends you a direct message while you're browsing the app, a badge pops up on top of the Inbox button. Like on Twitter, only the people that you follow can send you photos and videos. Your groups can be for your college buddies, classmates, or your husband or wife, Systrom says.

"Real-time likes and chat bring this feature alive," Systrom says. When asked about whether ephemeral messaging, a la Snapchat, could ever make its way into Instagram Direct, Systrom responded: "There's definitely a space for ephemerality in general whether it's text or photos or videos, but Instagram is focused on capturing the world's moments. The important part in Instagram [Direct] is being able to go back to [photos] in order to have that conversation, and if they're not there anymore you can't have that conversation and see who has liked it."

Today's announcement marks Instagram's first foray into messaging. Considering the astronomical popularity of apps like WhatsApp, Kik, Viber, and more recently Snapchat, many speculated that seeing Instagram's first messaging product was only a matter of time. Private messaging, however, is far from a new idea. Since its early days Twitter, for example, had its own private message page for users, but only this past week did it bring that feature to the forefront. Instagram, on the other hand, has spent its time this year rolling out video posts, a Windows Phone app, photo tagging, an iOS 7 refresh, and its first ads. 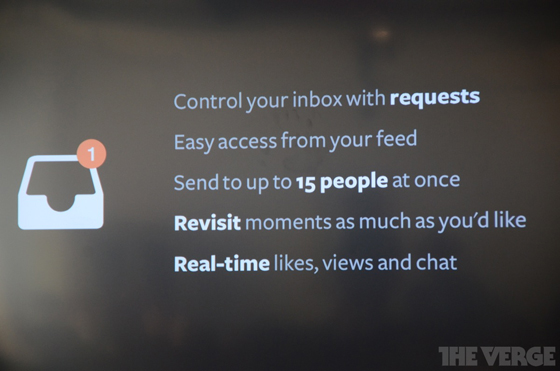 The company also recently hired its first director of product, Peter Deng, who was critical to launching News Feed and Messenger while at Facebook. He likely played a large part in today's announcement as well — his speciality has been quick iteration on products and messaging, in particular. Instagram perhaps hired him away from Facebook because it realized that it needed help with messaging, a feature which some would argue now needs a place in just about any mobile app. Instagram does plan to someday be bigger than Facebook, after all, and any social network needs a way to privately message other users, right? 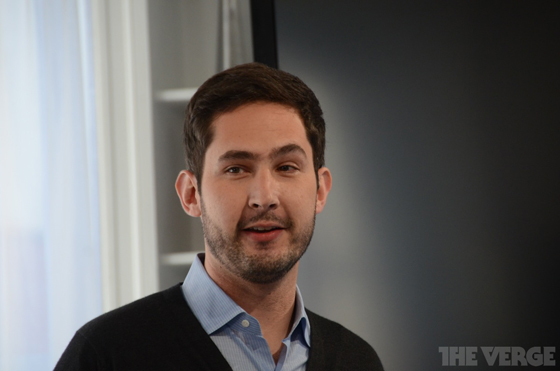 Instagram doesn't explicitly face WhatsApp and Snapchat as competition in the photo-sharing space, but the company has seen apps like these eat away at the attention spans of its users. Snapchat lets users share disappearing photos, unlike Instagram, but if it in some ways fulfills the same utility as Instagram — sharing moments with family and friends — it becomes a threat. By adding private messaging to its app, Instagram is now one step closer to these competitors, but also more useful to its users.