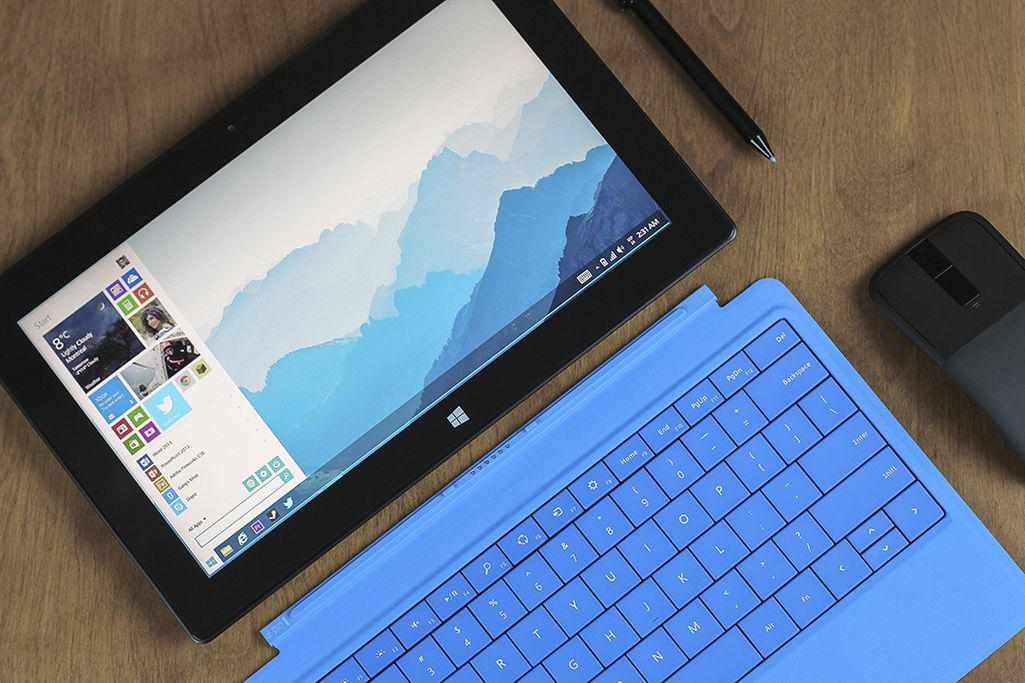 Jay Machalani has a vision for Windows 8. Frustrated by the inconsistencies of Microsoft’s touch-friendly operating system, Machalani has been putting together a plan over the last three months to fix and unite the disparate desktop and “Metro” interfaces. It turns out that the 20-year-old self-taught user-experience designer might be mocking up concepts that are similar to what Microsoft is preparing for the next major version of Windows. Recent reports suggest Microsoft is planning to bring back the Start menu, along with improvements to its traditional desktop mode to allow new Windows 8-style applications to “float” and run in separate windows. Machalani’s concepts — which were completed long before the recent rumors — imagine how that might work in reality.

Speaking to The Verge, Machalani enthusiastically explains he “left school to build a better way for students to work” as part of an upcoming collaborative platform currently in development. His work on a Windows 8 concept is a part-time hobby borne out of frustration. The basic concepts center on bringing back the traditional Start menu in a modern way with Live Tiles and easy access to settings in the desktop mode. “I’m not aiming to get anything out of it … this is really to voice some concerns that users have and to show Microsoft that there is a way for them to continue their strategy, but also respect the feedback from users.” 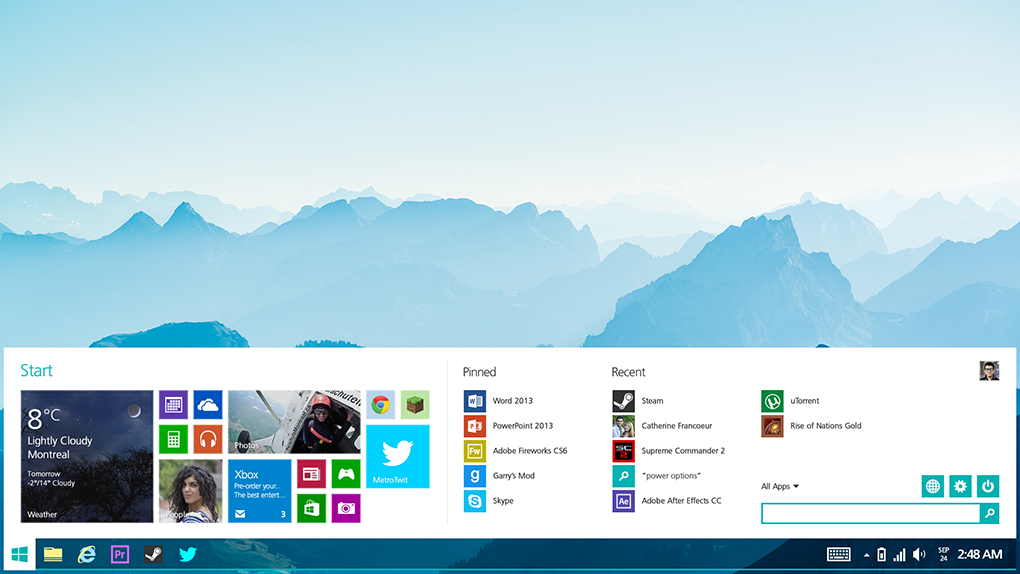 Machalani’s concept brings back the Start menu on the desktop in a way that makes sense. Complete with the Live Tiles found from the Start screen and Windows Phone, the menu is designed to be flexible in size, with a search interface and quick options to access notifications, settings, and power options. It also brings back some of the useful parts of the Windows 7 Start menu: recent and pinned apps. "My goal was to find a way for everything to work," says Machalani. "You need to find a way for the Start screen’s core idea to work on the desktop too." It might seem like a minor point, but for existing Windows users the Start menu on Windows 7 acts as a simple location that’s unobtrusive and quick to locate with a keyboard and mouse. Windows 8’s Start screen is a full-screen menu that obscures any apps you’re currently using, a common complaint surrounding the split between desktop and "Metro."

Some existing third-party Start menu replacements attempt to bring back the old-style menu, but Machalani believes this is the wrong approach. "By doing a new Start menu you’re actually bringing the Start screen to the desktop with the same typography, your own user icon … a reflection of how the Start screen can be on the desktop, a more compressed version with more functionality." In the concept samples the Start menu looks modern, and it fits with the style of Windows 8 without the obtrusiveness of the new full-screen Start screen. It’s a compromise that might work well, giving access to important settings and useful Live Tiles that flicker with information. 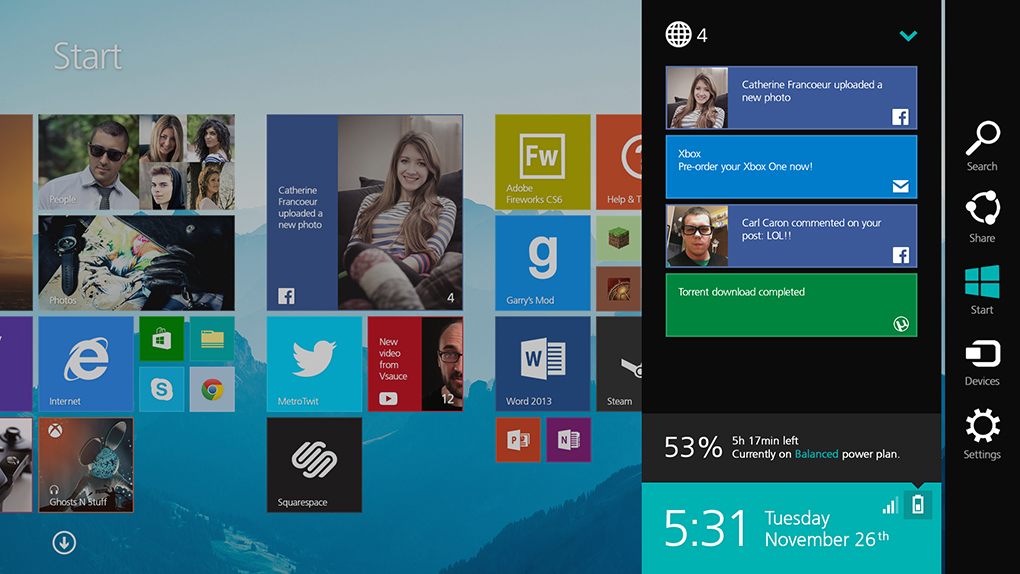 Windows 8-style apps that float away from the "Metro" world

Machalani has also turned his attention to other parts of the desktop: stylizing the icons, typography, and matching folder colors as well as other UI elements with the accent color of the Start screen. He’s also mocked up ideas for Windows 8-style apps that break away from the "Metro" world and float on the desktop. Referring to Stardock’s ModernMix, an app that allows Windows 8-style apps to run in windows on the desktop, Machalani describes this approach as "a hack." Instead, Machalani wants to see quick access to minimize, full-screen, and close buttons at the top of each app, alongside a Charms menu. The existing Charms menu for Windows 8 is tricky to access if you’re a desktop user, especially if you have multiple monitors. If Microsoft is planning to allow its new apps to run windowed on the desktop then Machalani’s concept would make things a little easier to navigate.

Machalani also proposes a method to create hybrid applications that switch seamlessly from desktop to Metro. If Microsoft executes well on allowing Windows 8-style apps to run on the desktop then this hybrid would be seamless by itself, but Machalani’s ideas ensure that desktop apps are relevant to their usage (keyboard and mouse), while still remaining optimized for touch when you switch. Other enhancements include simple access to exact battery percentages in the "Metro" environment, something Microsoft only currently provides with a tiny visual clue. 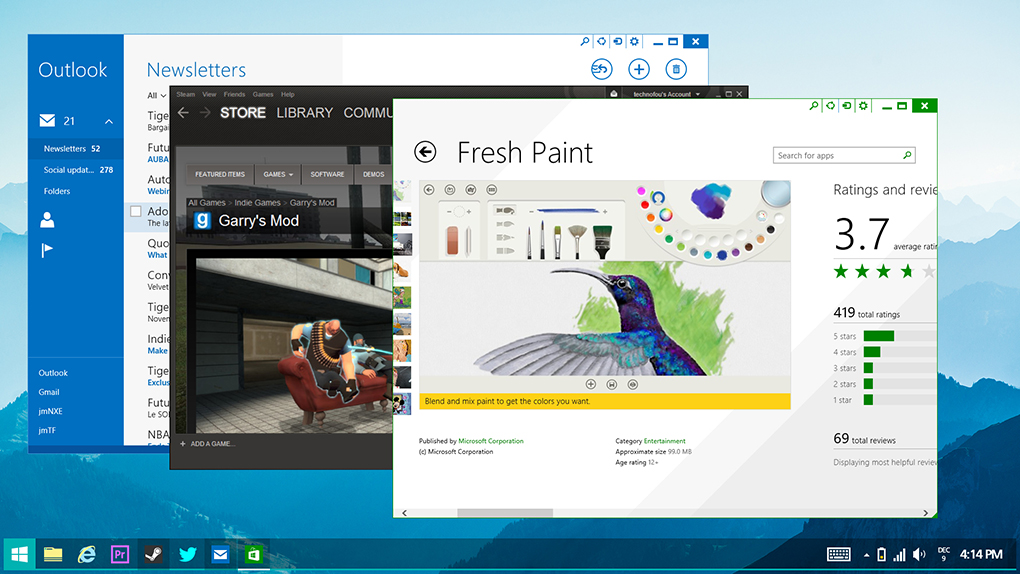 Ultimately, Machalani’s concepts are designed to highlight what could be possible if Microsoft pays some attention to the desktop environment and the little pieces of Windows design it often overlooks. Microsoft’s lack of attention to iconography over the years has often been criticized, but the company’s new focus on design has led to an impressive environment for touch-enabled devices. The main criticism of Microsoft’s latest OS is the confusing and jarring switching between desktop and "Metro," something the company has tried to address in the 8.1 update, and a problem that needs more solutions.

Microsoft needs to find the perfect balance for its millions of users.

Machalani is one of the many providing feedback alongside hundreds of designers that have offered their own take on the Windows look over the years. "I’d like to create a department in Microsoft where their only job is a bunch of designers only using the OS and pointing out all the little things," Machalani explains. While he doesn’t have all the answers, the mere fact that Microsoft is considering changes to bring back the Start menu highlights the feedback on its big bet. With lots of users still pointing out little niggles in Windows 8.1 it’s clear more needs to be done. Machalani’s concept is one approach, but Microsoft needs to find the perfect balance for its millions of users.