Twitter updated its once-neglected client for Mac today with a new look that incorporates (optional) inline image previews and redesigns for profiles and the main navigation buttons. The new profile includes the banner image along with the main profile for the first time in Twitter for Mac. Clicking on a tweet will pull up an expanded view that shows you which people favorited or retweeted it, along with any replies.

Today's update to Twitter for Mac is the first since July, when the company added retweets, follows and favorites to the Connect tab. Previously this year, the company added support for notifications inside the app and updated it to support Retina Displays. Before that, it had been ages since the Mac client had seen an update, leading many users to speculate that Twitter had abandoned it to focus on its apps for web and mobile. Today's update shows that Twitter for Mac is still very much in development — and if nothing in the update is particularly revolutionary, it does help Twitter maintain a more uniform look across its product lineup. 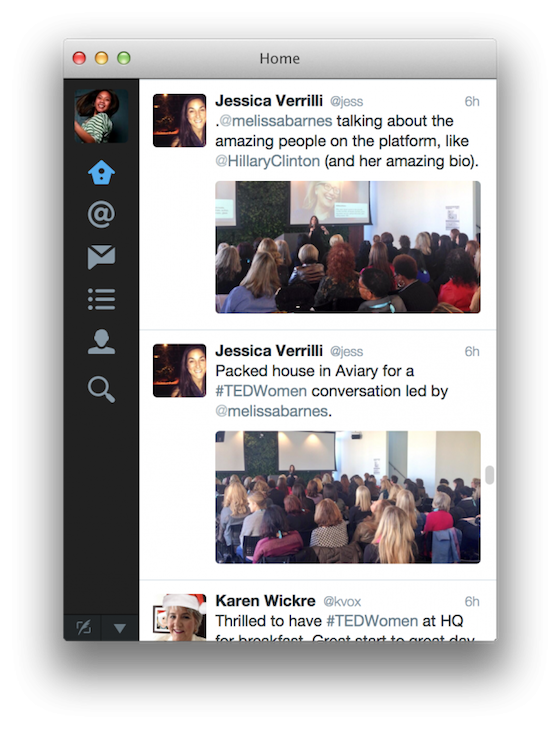 This article has been corrected to reflect the fact that Twitter for Mac received two other updates this year in addition to Retina Display support.