The future of death: skyscraper cemeteries

The future of death: skyscraper cemeteries

Space shortages in countries around the world are raising a daunting question: where to lay dead bodies to rest. This month in Oslo, Norway, architecture student Martin McSherry presented a "vertical cemetery" design to the Oslo Conference for Nordic Cemeteries and Graveyards as a solution to the country's growing burial land problem.

The white, airy skyscraper design looks almost like a gigantic honeycomb with triangular caverns. According to McSherry, the building would feature "an adjoining, permanent crane" that would lift coffins up to the empty slots. The tower would also grow over time, using the crane to add more slots as more burial space is needed. Not surprisingly, the proposal was met with a ton of protests, but also had a few supporters.

Norway has been dealing with a land scarcity problem for a while. The country has put systems into place to address the burial land concern, such as allotting just two decades for a person in their burial spot before the land is reused for another body. The situation got so bad that a new industry popped up: some graveyard workers started injecting coffins from above with a limestone compound that speeds up the decomposition process of bodies so spaces would become free faster. But even that hasn't fixed the problem, and now there are few, if any, burial sites left for Norwegians who have passed on.

There are few, if any, burial sites left

Many countries are in the same position as Norway, including the United States. Urban planning professor Chris Coutts told Atlantic Cities that if all the 76 million Americans expected to die between 2024 and 2042 were to be buried, it would require a 130-square-mile parcel of land, around the size of Las Vegas.

The skyscraper design might be new, but vertical burial sites are not. People have been creating them for ages, not only for space conservation, but because they simply get the job done. Necropoli have popped up all over European nations as they've invested in stacked burial plots. Even New Orleans has turned to vertical plots to avoid damage to caskets from floods and storms in low-lying cities. The tallest cemetery in the world, however, is in Brazil: the Memorial Necropole Ecumenica has been home to the city's dead for 28 years, keeping thousands of bodies in its 32 stories.

All of those vertical cemeteries have something that the skyscraper design currently doesn't have: a separation between life and death. Norwegians may have had a visceral reaction against the design because, as a society, we worry about the moral issue of death, preserving the dignity of the dead, and our discomfort of death being put on display. The grand and ostentatious qualities of a skyscraper aren't what we're used to associating with our dead. But we might have to in the future, as space continues to vanish. 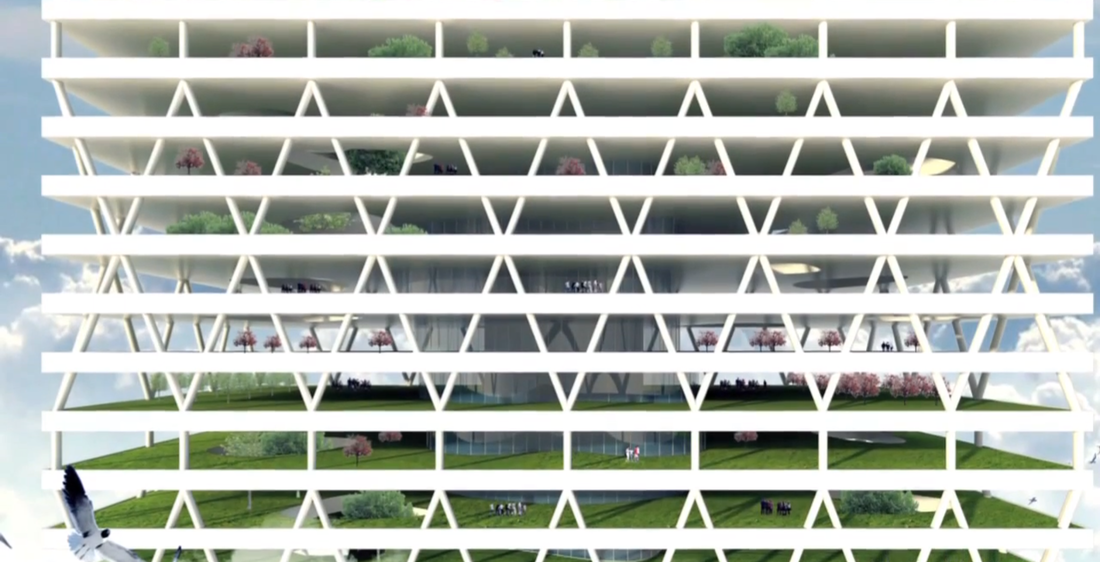