Google has been adding more and more ways to play content on a Chromecast, and today it's giving the media streamer a new trick: the ability to stream Google Play music and videos straight from the web. Now when you visit play.google.com and begin playing something you own, the site will display a Chromecast button that'll let you directly send that media over to a TV, without streaming the entire tab.

This isn't the very first time that a website has added in Chromecast support, but for the most part, users have still had to go through smartphone or tablet apps in order to stream media directly. A select few popular websites do include support though, including Netflix and YouTube. With today's update, a lot more content will be just easy to start streaming — at least for those who buy movies and music through the Play store. 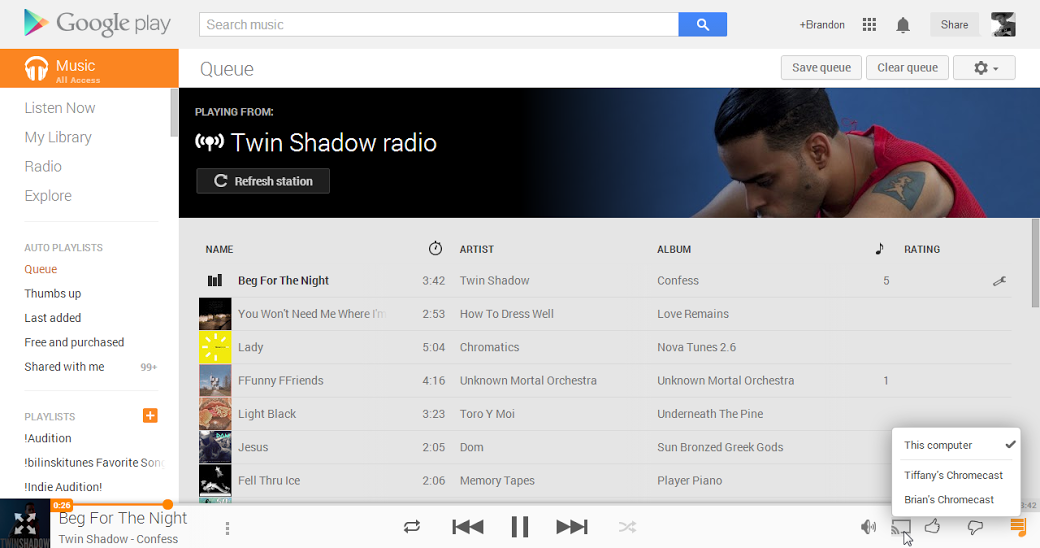