Ever since Facebook snatched Instagram from the outstretched arms of Twitter, the two companies have sparred continuously, feature for feature. Frankly, it’s been pretty entertaining. In response to Instagram, Twitter launched its own filters, but failed to capture the character of Instagram. In response to Vine (which Twitter acquired), Instagram launched Instagram video, but failed to capture Vine’s vibrant community. So when Instagram announced Direct yesterday, a new private messaging platform for its users, people naturally assumed that it was a response to Twitter. In fact, Twitter added photos to its Direct Messages just a few days ago, and recently stopped burying DMs in a submenu on its apps.

For all intents and purposes, Instagram Direct is Snapchat, but without the disappearing act. Snapchat was perhaps the first mobile app to successfully capitalize on the idea of “private sharing” as a concept — an idea that Instagram has replicated in Direct. Some time ago, Google actually tried its hand at private sharing with Google+ circles — groups you’d share posts (not messages) privately with. Posts shared to a specific Circle wouldn’t show up on your profile, and only the people in that Circle could see the post. Privately shared posts weren’t a bad idea on Google+, but never took off because they were oddly implemented and required too much work (not to mention Google’s struggles to popularize the service as a whole). They offered an odd hybrid of "post" and "message" with no clear purpose or sense of urgency. Where Google got it wrong, Snapchat got it right — and it’s that success that Instagram is reacting to. 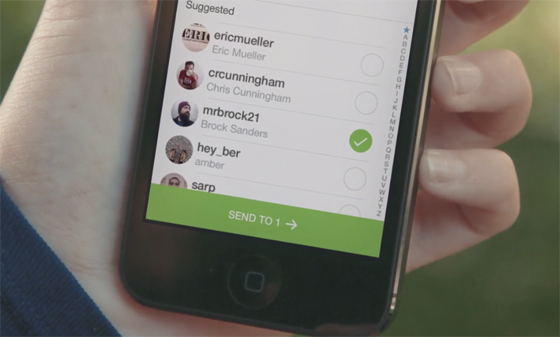 There’s value in private sharing, and Snapchat proved it. Snapchat gave users the ability to pick friends in a list and send a photo to them privately. This list is essentially an audience chooser — a way to send a one-way message to a group of people. Snapchat’s ingenious “take photo, pick friends, and send” sharing flow is one of the contributing factors to its success — perhaps even more so than its disappearing messages. The app’s ephemerality is a wonderfully unique perspective on sharing (and very effective for word of mouth marketing), but ephemerality isn’t solely what made Snapchat such a smash hit. Looking at Direct, the parallels between its workflow and Snapchat’s are remarkable. Instagram matched not just the flow but even the look, feel, and behavior in its new user interface. This is the feature that shows that Instagram is threatened by Snapchat.

Even so, Instagram doesn’t seem to be afraid of Snapchat’s self-destructing messages — not yet, at least. CEO Kevin Systrom seems confident in his company’s position as historian of your everyday moments. "There’s definitely a space for ephemerality in general, whether it’s text or photos or videos, but Instagram is focused on capturing the world’s moments," said Systrom. "The important part on Instagram is being able to go back to [these moments] to have a conversation, and if they’re not there anymore, you can’t have that conversation and see who has liked it." With Direct, Instagram’s betting that its users don’t actually care as much as they think they might about ephemerality, and that they care more about private sharing — the kind of sharing Snapchat made popular. 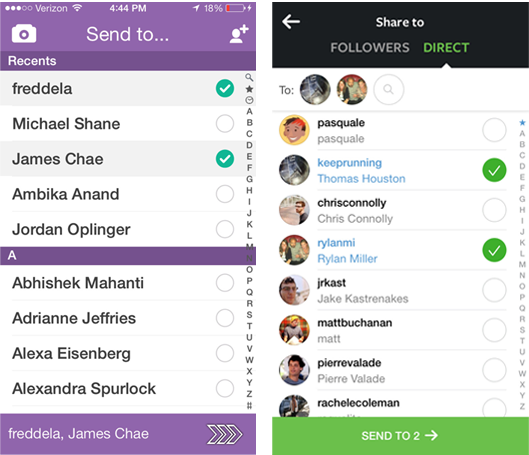 But in place of disappearing messages, Instagram has provided its more traditional feature set. Users get the direct feedback they crave for their images, but in a more private setting and with less friction than what’s been available before. That is the point of "private sharing," after all — to provide users with a place to talk outside of the pressures of a news feed. If Instagram is right — that Snapchat’s key feature is simple, private sharing, not ephemerality — Snapchat should be worried.

Is Snapchat that dire of a threat?

Although it borrowed heavily from Snapchat, Instagram still managed to maintain what people like about the photo service. While many were expecting a more traditional "chat app" style of private messaging, the company deserves some credit for not building another me-too messaging service. Fundamentally, though, Instagram Direct feels more like Snapchat — both apps are for sharing daily photos with friends, but which will you tap first? Facebook tried once before to derail Snapchat by replicating its ephemeral features with Poke, and since that didn’t work, it has perhaps decided to go after another element of Snapchat’s success.

Is Snapchat that dire of a threat? It certainly seems to be given what Instagram has done with Direct. When retention is the name of the game in social apps, which app gets tapped first can be a deciding factor.