There's no right or wrong

The Kaplan family lives a life that's normal by just about any standards — except, that is, for the ghost living in its summer home. The Novelist puts you in the role of that mysterious spook, but your goal isn't to scare. Instead it's a game about observing, and then using that information to help the family make some pretty difficult decisions. It's surprisingly like The Walking Dead in that respect — while no one will die from a zombie outbreak, your choices will ultimately hurt some people as they help others. There are no easy answers.

The game starts with the family moving to a new, secluded home for the summer in hopes of turning some things around. Dan, the father, is an author struggling to finish his latest book, while his son is having some troubles at school and his wife is attempting to rebuild her art career after the detour of having a child. You have just a few months to set the family on the right path.

There are no easy answers

The gameplay is simple and more about exploration than challenge. (You can play a stealth mode where you'll need to stay hidden, or you can simply be invisible to the family if you prefer). As a ghost you can zip around the house by possessing lights, and learn more about the family by observing their behavior, reading notes and letters strewn throughout the house, and by using your spectral powers to explore their memories. Once you've gathered all of the clues for a particular family member you can start making choices. Each character has a desired outcome but you can only fully satisfy one of them — you'll whisper your decision into Dan's ear as he sleeps at night, and then watch how your decisions play out.

As the game progresses new challenges are thrown at the family — some big, some small — and keeping everyone happy while finding a balance between work and real life is virtually impossible. And that's kind of the point. "I put a lot of effort into making sure that there were no right or wrong paths through the game," says creator Kent Hudson. "Each player makes their own decisions and gets what I hope are reasonable responses from the characters." Because of this, everyone who plays will get a slightly different experience.

"I put a lot of effort into making sure that there were no right or wrong paths."

The Novelist is Hudson's first solo release after spending more than a decade in the world of AAA development, working on games like Deus Ex: Invisible War and BioShock 2. "I found myself disenchanted by the idea that even though I was playing something interactive, I was getting the exact same story as everyone else who played the game," he explains. "It felt like such a missed opportunity to not take advantage of what's unique about games."

Hudson's background is primarily in building systems for games, which is why the gameplay and narrative in The Novelist are so intertwined. But as a solo developer, this also meant that he had to tackle some creative problems outside of his comfort zone. A game about an author naturally has quite a bit of writing in it, and that's a task Hudson's not exactly comfortable with. "It's like pulling teeth," he says, explaining that early versions of the in-game text were "unreadably bad." 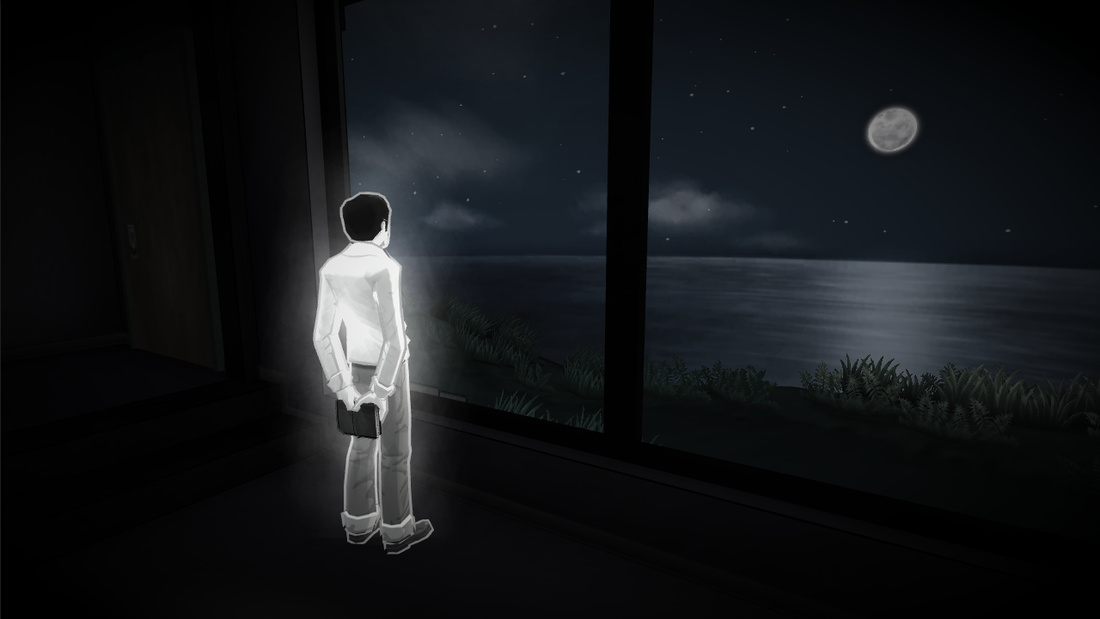 However, the end result is a game with refreshingly frank and honest writing, and an experience that will appeal to fans of games like Gone Home — another experience made by a former BioShock designer that has you exploring a house and learning about the life of a single family. "That kind of player-centric, exploratory approach is a common thread in the first two BioShock games, and in the immersive sim genre as a whole," explains Hudson. "We had a great, great team at 2K Marin, primarily because it was built from people who love BioShock-style games and believe in those experiences."

Just like real life, The Novelist is a messy experience — you can't do everything, and you can't satisfy everyone, but you can try to make the best decisions possible. It's available now for Windows and Mac.