We understand that Microsoft is removing the physical button requirement in an effort to lower costs for device manufacturers. It's an option for handset makers, and future devices without physical buttons will display on-screen virtual buttons, while other handsets will still ship with the standard capacitive buttons and no on-screen versions. Although it’s largely targeted at lowering costs, the removal of physical buttons could allow Android device makers to use almost identical hardware to produce Windows Phone handsets. Microsoft has been attempting to convince manufacturers to load Windows Phone software on their Android devices, and the company is even considering axing Windows Phone license fees to push device makers to consider the platform more.

Although today’s screenshot reveals very little about Windows Phone 8.1, Microsoft is planning to detail it publicly at the company’s BUILD 2014 conference next year. The update is expected to include a notification center, a "Cortana" personal assistant, Skype improvements, and a number of UI changes.

The image below is a mocked up version of the on-screen buttons. 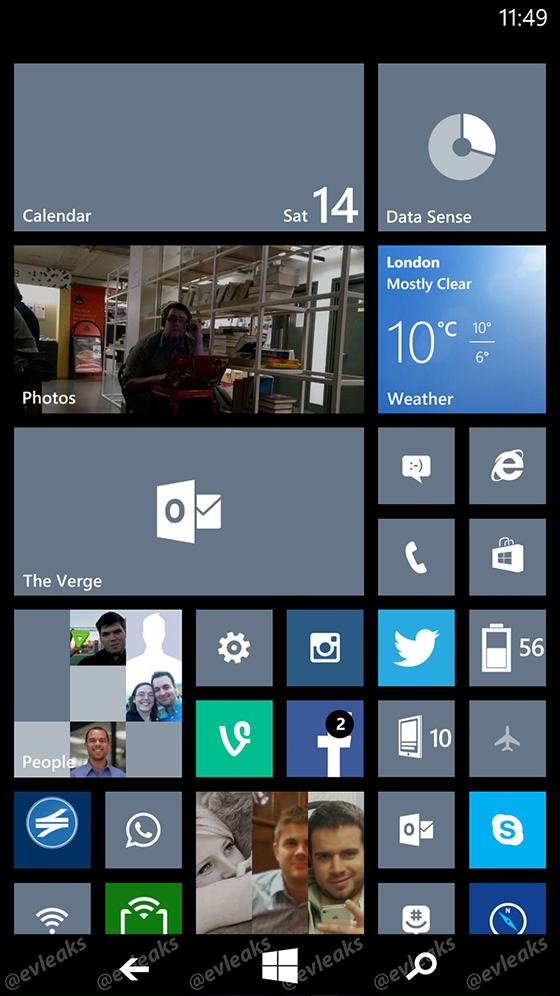