Read the album, then watch the movie

Late Thursday night Beyoncé dropped an album on us like a ton of bricks: 14 works of dense midtempo minimalism revealed without a peep of publicity except an Instagram post featuring the demure caption "Surprise!"

It’s hard to imagine a bomb when known quantities like Timbaland, The-Dream, and Pharrell are in the studio

Musicians have done big album reveals before, but the release of a Hollywood-caliber series of films to accompany it — without anyone expecting it — feels distinctly surreal in an industry plagued by eager leakers armed with surreptitious USB keys. Even if the album were a trainwreck, its House Of Cards-like reveal would be a testament to the extreme degree of control Beyoncé exerts over her team and over the music industry as a whole. But her fifth full-length is so, so not a trainwreck.

Half of the production roster behind Beyoncé reads a lot like any big commercial album: it’s hard to imagine a bomb when known quantities like Timbaland, The-Dream, and Pharrell are in the studio. But then there’s this dude named Boots, a previously unknown figure who "produced 85 percent of it and [has] four original songs on the album." While we still don’t know much about him, the album credits imply that he shaped the sound more than any person other than Knowles herself. Sonically, it’s a work of diverse precision that signifies a newly unified direction for hip-hop, R&B, and pop music as a whole. Artists like Drake, Lorde, Rhye, and Jungle have used 2013 to prove that there is subtler, more nuanced life in store for pop after the ecstatic bubble of EDM bursts, but it took a focused effort from the Queen Bey herself to prove that weird, laid-back seriousness is the sound that will guide the pop landscape in 2014. 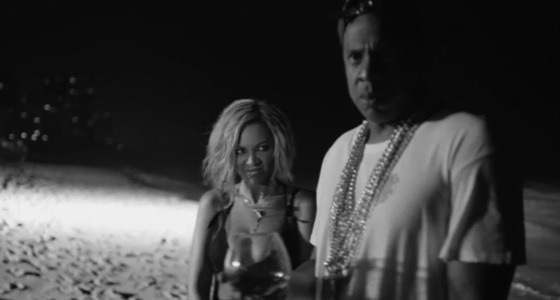 Beyoncé’s little sister Solange has been making music with more experimental producers for years, and for the first time it’s obvious that these underground-ish leanings have rubbed off on her superstar sibling. "Haunted" sounds like The Knife had a Sade-induced sleepover with Boards of Canada; "***Flawless" is a sonic tribute to Houston’s DJ Screw, "No Angel" bears more than a passing resemblance to Solange originals from 2012’s True EP, which she produced with the brilliant British weirdo Dev Hynes.

Beyoncé is an album that stands proud, weird, and tall on its own musical merits, but as someone who’s obsessed with the concept and ownership of her own image she seems to have felt a need to step up the game with full music videos for every one of the album’s tracks. Doing good videos is really, really hard — especially in the world of hip-hop, pop, and R&B — and it’s only in the visual part of the album that Bey’s juggernaut shows any cracks in its armor.

Read the album, then see the movie 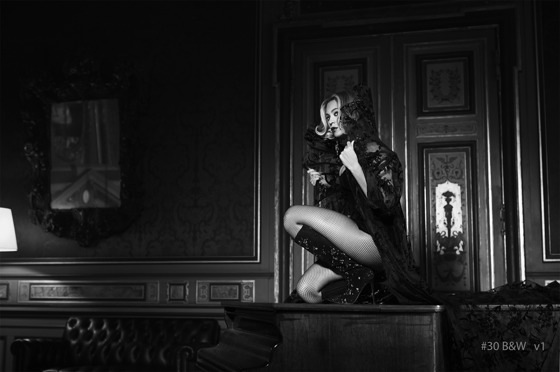 Much like reading a good sci-fi novel, listening to a futuristic album is one of the most efficient ways to travel through uncharted temporal-spatial territory because it leaves one or more sensory dimensions up to the imagination of the consumer. While the songs are full of subtle turns of phrase that imply worlds of meaning, their video companions almost universally paint a picture that’s far too explicit to do justice to the subtlety of the music. Please, please don’t get me wrong: I enjoy looking at beautiful, moistened women writhing in next to nothing just as much as the next guy, but after a few videos from old-school video hitmaker Hype Williams ("Drunk in Love" and "Blow") and faux-thug tableaus like "***Flawless" and "Yoncé" I start to lose my flawless mental image of Queen Bey; she devolves into a stylized lookalike of the Shakiras, Rihannas, and Nickis of the world. Not that I don’t love them too but I prefer my vitamin B as pure as possible, unadulterated by antiquated hip-hop tropes.

I prefer my vitamin B as pure as possible, unadulterated by antiquated hip-hop tropes

There is one video — a "bonus track" not featured on the audio portion of the album — that makes the $15.99, 1.1GB iTunes download worth the extra bandwidth: "Grown Woman" is a defiantly standard-definition piece of meme art featuring vintage Knowleses. Bey, Kelly, Solange, and Ebony prance in their full preteen VHS glory, later getting their 2013 heads photoshopped on to the tiny bodies for potent GIFbait. In the final scene Bey walks into a YouTube window where she grinds in a grainy world of synthetic low-bandwidth pixelation; it reminded me of the Beatles using guitar feedback as an intentional element in 1964’s "I Feel Fine," turning a bug into a feature. It’s really the only progressive moment in the entire visual half of the album.

But for the price of a new CD, it’s hard to argue against downloading the "visual album," which is already on track to break all sorts of records for digital sales. And, knowing how important money is to this pop star’s larger mission, it’s likely that Bey herself didn’t stress as much over the video as she did over the recordings. While it isn’t anything extraordinary on its own artistic merits, the "visual" part of this visual album might be a retail revolution — just the thing the record industry needs to believe in itself again.

So, yes: you better still call her Queen B.