Obama to meet with leaders from Apple, Twitter, and Yahoo today

Obama to meet with leaders from Apple, Twitter, and Yahoo today

Today, the White House will meet with at least 15 tech leaders, including CEOs from Apple, Twitter, Etsy, Netflix, Dropbox, AT&T, Comcast and Yahoo. According to an official statement, the leaders will discuss the president's recent challenges with the launch of Healthcare.gov, as well as the administration's embattled NSA surveillance programs and the role of the tech sector in job creation. The meeting will also include Facebook COO Sheryl Sandberg, Google's Eric Schmidt, and Zynga founder Marc Pincus. 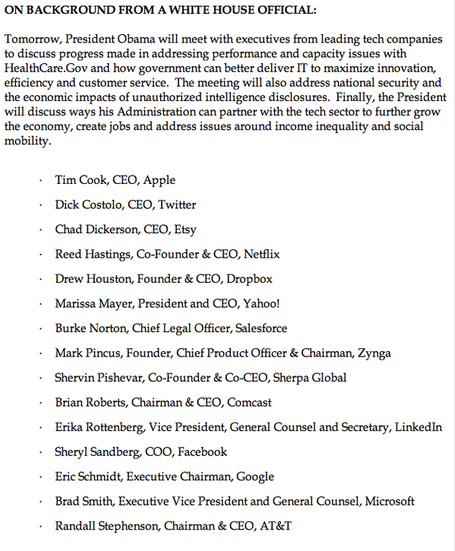