Google and SpaceX revive the search for impractical inventions

Google and SpaceX revive the search for impractical inventions

The 1960s were a time of experimentation. Whether you’re talking lifestyles or hairstyles, California was at the leading edge of an adventurous spirit that embraced the unconventional and the new. One of the unappreciated projects of that era was the Art and Technology Program set up by the Los Angeles County Museum of Art (LACMA) in 1967. Emulating an earlier Experiments in Art and Technology venture in New York, it paired visionary artists with resourceful engineers in a collaborative environment where person-to-person communication was valued higher than a formal development process.

LACMA's extensive report on the project documents the wild concepts proposed by the artists and the various approaches that were taken to realizing them. They spanned everything from 5,600-cubic-meter installations to sensory deprivation to Jean Dupuy's Sparks proposal, which wanted to express the spoken word as electrical sparks upon a metal canvas. Unfortunately, most of these ideas never reached fruition and the high failure rate led to the program's demise in 1971, but its influence is still being felt today, not least in a revival of the project that LACMA is launching this month.

"We are not looking for the next great museum guide app."

The new Art + Technology Lab will reprise the founding principles of the original project, bringing artists and technologists together to explore new applications for emerging tech, but it will do a number of things differently. The main change, says LACMA’s Amy Heibel, is about openness. Whereas the initial four-year run saw the museum do the matchmaking behind the scenes, the new Lab is inviting artists and collectives to send in their own project proposals — there are no requirements or parameters for who can enter. You just need a good idea, ideally one that inspires and advances the dialogue about technology’s evolving relationship with culture. 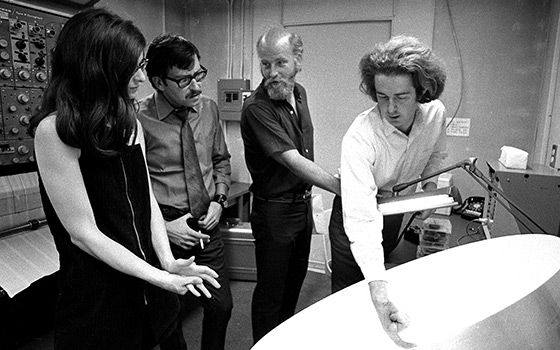 Approved projects will get the benefit of up to $50,000 in funding, advice from a standout group of tech executives, and in-kind support from participating tech companies. The legacy of the original project has attracted big names to support the new Lab, with Accenture, Daqri, Nvidia, Google, and SpaceX all contributing the time of their staff and their facilities. Artists will have access to robotics, EEG, sensors, big data-crunching machines, and even SpaceX flight information, though the tech that will be available to them won’t be limited to the supporting companies.

As such, LACMA is laying the foundation for people to explore their craziest ideas, with Heibel underlining the importance of "impractical and creative applications of technology," saying that "we’re not looking for the next great museum guide app." Iterative proposals are also encouraged, where a discovery-and-definition phase can be factored into the design process — "that can all happen under the same grant," assures Heibel. As the museum’s vice president for technology, web, and digital media, she’s heading up the task of identifying the most compelling proposals, only a few of which will get funded in the first year.

The development of the project becomes art in its own right

The second aspect of the new Lab’s openness will be about the visiting public. Heibel wants projects that people can get their hands on and experience. LACMA won’t wait for a finished article before exhibiting the work — it will treat the very process of designing and developing an idea as art in itself. What problems the artists are trying to solve, what technologies they're using, how they're relating to their subjects — all of these evolving aspects can be presented to the public before the work reaches a state of completion. 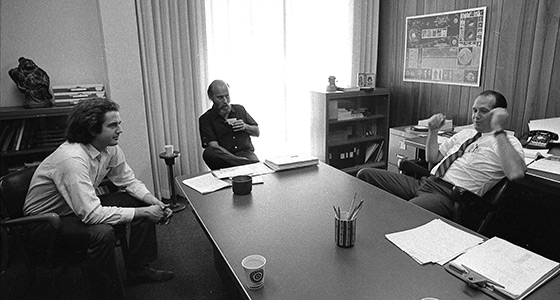 Chris DeFay, who works on human linguistic analytics at Google, is a member of the Art + Tech Lab’s advisory board and a passionate supporter of its goals. He wrote his doctoral dissertation on the subject of the original LACMA program, so when the museum sought Google’s aid with the new Lab, the response was to "go talk to Chris, he’s always talking about that LACMA project." Defay tells The Verge that the most important outcome of the original effort was the experience it gave to the participating artists and the way it informed their later work. Even if unfinished, he says, their projects gave them a new awareness of technology and engineering, with sculptor Richard Serra in particular benefiting from being able to "experiment in a massive sandbox with very heavy toys."

LACMA’s Art + Tech Lab has a dedicated space within the museum’s newly remodeled Balch Art Research Library. Amy Heibel notes that this wouldn’t have been possible without the Los Angeles County’s support, whose Productivity Investment Fund got the new project off the ground. Still, she also points out that by virtue of its location in "a part of the country that’s already a center of innovation" and its prior pioneering efforts, LACMA is unique in being able to put together a project of this kind.

"Experiment in a massive sandbox with very heavy toys."

Among the notable alumni of the ‘60s Art and Technology Program are Andy Warhol, Claes Oldenburg, and James Turrell, the latter of whom is presently the subject of a career retrospective hosted at LACMA. Richard Serra saw his Five Plates, Two Poles concept brought to life by the heavy industrialists at Kaiser Steel, and some of his other work can also be found among the art museum's exhibits.

Proposals for the Art + Tech Lab are being accepted now through January 27th, and it’s hoped that the more transparent process and open participation will help to match or surpass the feats of the original group. If nothing else, it should provide an intriguing comparison between the imagined futures of yesteryear and today.