Share All sharing options for: Verizon FiOS app arrives on Xbox One with up to 74 channels of live TV

Two years after Verizon FiOS made its console debut on Xbox 360, a new app for Microsoft's Xbox One is here. Xbox Live Gold members who also subscribe to FiOS cable and internet services can download the free app beginning today and stream up to 74 channels of live TV. (The exact number will depend on your cable package.) Microsoft says that Kinect and gesture controls have been baked into the app, and it also takes full advantage of the Xbox One's snap feature. This can lead to some interesting scenarios if you've already got your FiOS DVR running through the next-gen console. As just one example, football fans can watch one game through the regular TV experience while snapping another game to the side with the FiOS app. You can also watch live programming and snap shows in rooms without a FiOS box. 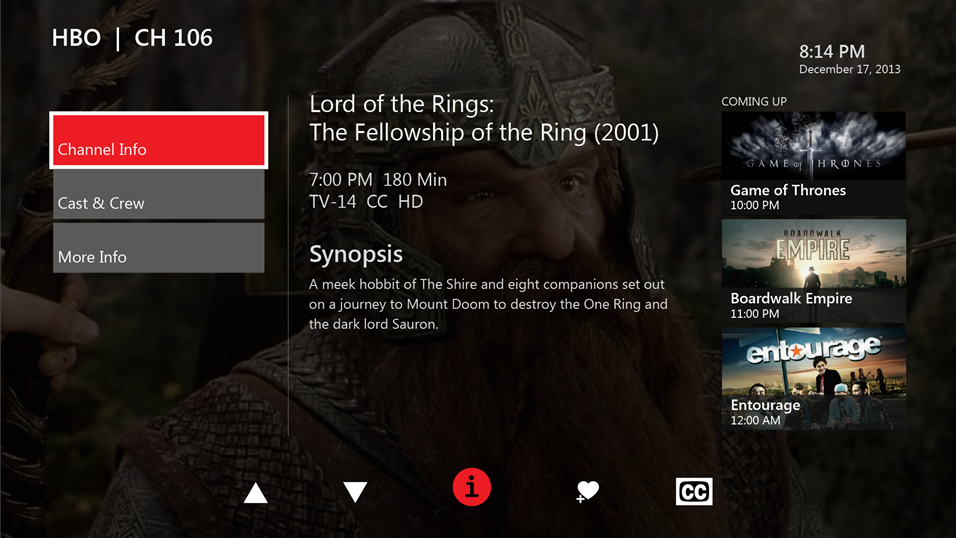 Unfortunately, it appears that live TV remains the only thing you can do with FiOS on Xbox One. There's no way to carry out even basic tasks like scheduling a DVR recording. Want to watch video-on-demand content from the app? You're out of luck. These shortcomings may have been acceptable on the Xbox 360, but they're glaring weaknesses the second time around. Surely there's some way that Microsoft and Verizon can create a better experience for users with the power afforded to them by Xbox One. Unless you don't want to rent another FiOS set-top box, why not just watch TV the same way you regularly do with the console?