With a child in the lead, season two of ‘The Walking Dead’ is more intense than ever

With a child in the lead, season two of ‘The Walking Dead’ is more intense than ever

The zombie apocalypse never lets up

It only takes a few minutes before someone important dies in season two of The Walking Dead game. It's almost as if developer Telltale is trying hard to let you know that just because the lead character is now a young girl, that doesn't mean that things will be any easier. In fact, putting you in control of Clementine has turned "All That Remains" into perhaps the most intense episode yet, with horrible decisions to make and some truly gruesome scenes. The gameplay formula hasn't changed at all, but the emotional stakes only continue to rise.

The new episode kicks off not long after season one ended, and after a short period Clementine finds herself all alone. It's not the best situation for a little girl surrounded by hungry, undead monsters. Eventually she meets up with a new group of survivors who, in an example of just how bad the world has become, don't really know whether to trust this seemingly harmless kid or not. It's hard to explain too much without delving into spoilers, but surprisingly the new group might actually have some reason to worry — this time around the previously shy and scared Clementine has become quite the badass. Being forced to survive the zombie apocalypse on your own will do that to a person.

But even with her new attitude, playing as Clementine feels very different from playing as Lee, season one's protagonist. Sometimes it's as simple as the way she walks, with her arms held close to her body to show that she's scared and unsure of what to do. Other times it's much more obvious — killing a zombie, for example, is more difficult and takes a whole lot longer when you have the strength of a child. It takes an exhausting number of button presses to bash in a zombie's skull as Clementine. This all makes you feel much more vulnerable than in previous episodes. Clementine always finds a way to survive, but it's never pretty and in many instances it's actually more violent than in the past, as she's forced to use any means possible to fend off attackers.

Pushing a button has never felt so agonizing

The game plays exactly as it did in season one. Action sequences are boiled down to timed button presses (or, if you're playing on mobile, swipes and taps), but the most important parts of the game are when it forces you to make decisions about what to say or do. These moments help shape the way the story unfolds, and the second season's premiere features perhaps the most terrible decision yet — you've had to decide if people live or die in the past, but this choice feels particularly shocking and difficult.

Things don't get easier from there. The episode is filled with tense, heart-in-your-throat moments, including one of the most difficult sequences Telltale has crafted so far. Without saying too much, it involves surgery, and the fact that it's playable makes it all the more horrifying. Pushing a button has never felt so agonizing. 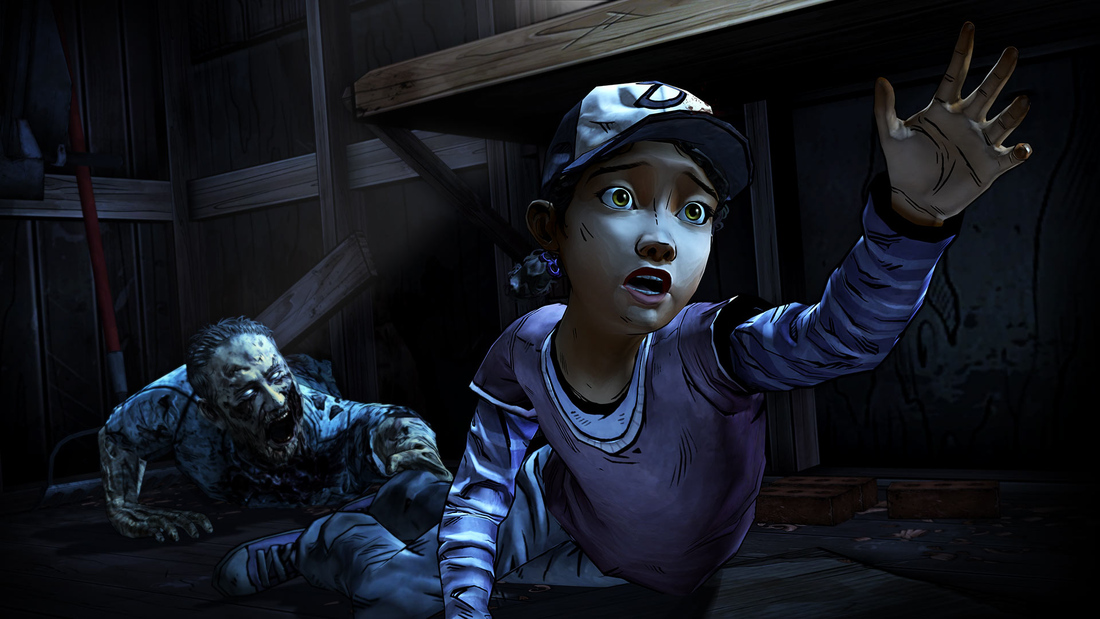 Even if you've already played through the first season, which had its share of gut-wrenching moments, there are times that "All That Remains" will shock you. Not just with a gruesome death or a difficult moral quandary, but with just how much Clementine has changed and matured over the course of the game. Seeing the toll these events have had on her can be heartbreaking. Telltale president and co-founder Kevin Bruner previously said that the game wouldn't be any easier just because Clementine is the lead, telling us that "the world doesn't care if you're a little girl." And it's true — with this new episode, things feel even more intense, which is a considerable feat considering just how emotionally exhausting season one was.

Seeing the toll events have had on Clementine can be heartbreaking

Telltale has big plans: with new series like Game of Thrones on the way, it's building off of The Walking Dead's success to turn into something akin to HBO, but for gaming. And "All That Remains" is proof that season one wasn't a fluke. The biggest question now is how much worse things can get for Clementine.

"All That Remains" is available today on Steam and the PlayStation 3, with an Xbox 360 and iOS version due later this week.