Google is closing out 2013 in a big way for Google Glass users. December's monthly software update adds several popular feature requests, including a new wink gesture for taking photos, full Hangouts support, and video uploading to YouTube. Google is also introducing a new way of securing Glass that it says is equivalent to a smartphone's lock screen. Instead of entering a PIN (or pattern, as Android users are accustomed to), you can now choose to unlock Glass with a "secret Google handshake" that's basically a sequence of taps and swipes. 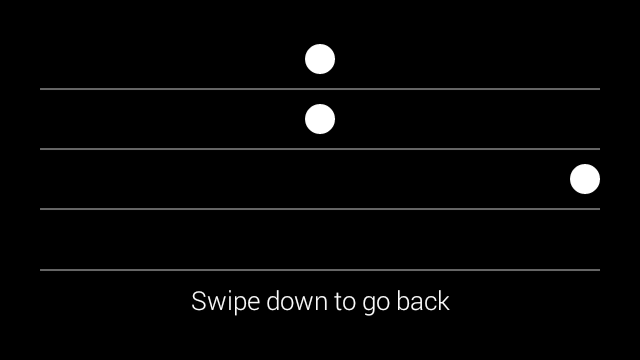 Full Hangouts support is being added with this month's XE12 update as well. "Chatting with your best friend, messaging everyone from your ski trip at once, sending picture messages… all of it is now possible on Glass," the company says. This extended Hangouts integration can be enabled with the MyGlass companion app, as can a new option for uploading recorded videos directly to YouTube. Once turned on, you can just say "OK Glass, share with YouTube" to send your clips to the video site.

One aspect of this update may strike a bit of controversy, however; Google is making it easier than ever to discreetly snap pictures with Glass. Now, a quick eye wink is all it takes to capture a shot. (One Glass developer came up with this approach months ago.) "Glass is about helping you look up and experience the world around you without getting bogged down by technology," Google says, highlighting the feature's convenience while avoiding any privacy concerns. But Wink could extend far beyond the camera, and Google is already dreaming up scenarios. "Imagine a day where you’re riding in the back of a cab and you just wink at the meter to pay. You wink at a pair of shoes in a shop window and your size is shipped to your door. You wink at a cookbook recipe and the instructions appear right in front of you." Google says that XE12 also adds support for the iOS version of MyGlass which briefly surfaced today and is due to return later this week.

Update: Google is also debuting a few new Glassware apps this month. The Wall Street Journal has released its own news app, and Glass users can also download a new Weather Alert that offers warnings when bad weather is in the forecast. Another new app called Winkfeed promises to "let you stay up to date with the topics you love" from news sites and RSS feeds — assuming you've kept up with RSS after Google Reader's demise. And finally, the Hangouts and Upload to YouTube apps are also being released alongside December's update.