Photos+ lets you watch the GIFs you've saved on iPhone

Share All sharing options for: Photos+ lets you watch the GIFs you've saved on iPhone

If you want to watch a GIF you've saved to your iPhone, you've thus far been mostly out of luck. In order to watch that urban samurai GIF on your phone, you need to drop it into an iMessage, or view it on the web. Photos+ is a new app for iPhone that builds on the features present in Apple's stock Photos app with some key new features, including GIF support. The app presents your photos chronologically in a full-screen mosaic view, and lets you play GIFs by tapping on them. It's on sale today for $2.99 in the App Store. 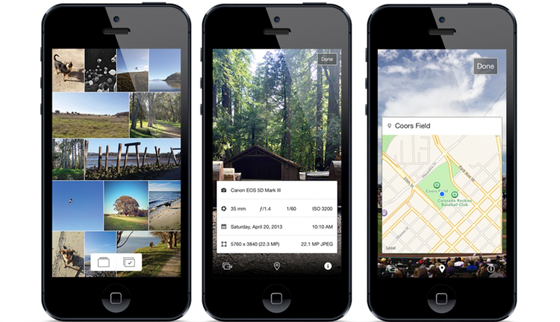 Aside from GIF support, Photos+ also lets you view the EXIF for any photo, which should please camera nerds, and the ability to see where a photo was taken on a map. You can view collections of photos on a map in the iPhone's Photos app, but not one by one as you can in Photos+. You can also organize photos inside albums, but you can't edit or delete photos using Photos+, unfortunately, since Apple doesn't allow developers access to editing the phone's onboard camera roll. There's also, oddly, no support for viewing photos in landscape mode in version one. But, if you're looking for a quick way to watch a GIF, check the aperture, or see the location of a recent photo, Photos+ is a great complement to the iPhone's Photos app.