How do you add features to the app with no features?

Minimalist text editors aren’t the novel concept they once were, but iA Writer has done more than most to bring the idea of distraction-free writing to the mainstream. Since Information Architects released the app for iPad in 2010, it’s expanded to iPhone and Mac, been downloaded over one million times, and picked up high-profile advocates such as Stephen Fry and Augusten Burroughs. Its main feature is a lack of features — Writer offers no word processor-style formatting or control over your font, instead being optimized for concentration. But today iA is launching Writer Pro, an expanded version of the app that promises an even more powerful writing experience. How do you improve on an app that, by design, needs nothing added?

"I am convinced that a huge part of the writing experience goes back to its typographic magic."

"We learned along the way that it is usually better to lead with innovation instead of trying to compete on features," iA founder Oliver Reichenstein tells The Verge. To that end, Writer Pro is focused on the writing workflow. The basic experience is much the same as Writer, but there are three additional modes designed to be used in sequential order — Note is the first, then Edit and Read follow the Write mode. There’s no functional difference between the four besides the read-only Read, but Note, Write, and Edit all have different typefaces and cursor colors. Note uses Nitti Grotesk, a new sans-serif version of the Writer mode’s Nitti, and the Edit and Read modes use the serifed Tiempos. All three are beautiful. "I am convinced that a huge part of the writing experience goes back to its typographic magic," says Reichenstein, "which goes back to the font that makes it all possible." You can slide between them at will on both Mac and iOS, and a second slider controls Writer Pro’s biggest new feature — Syntax Control. 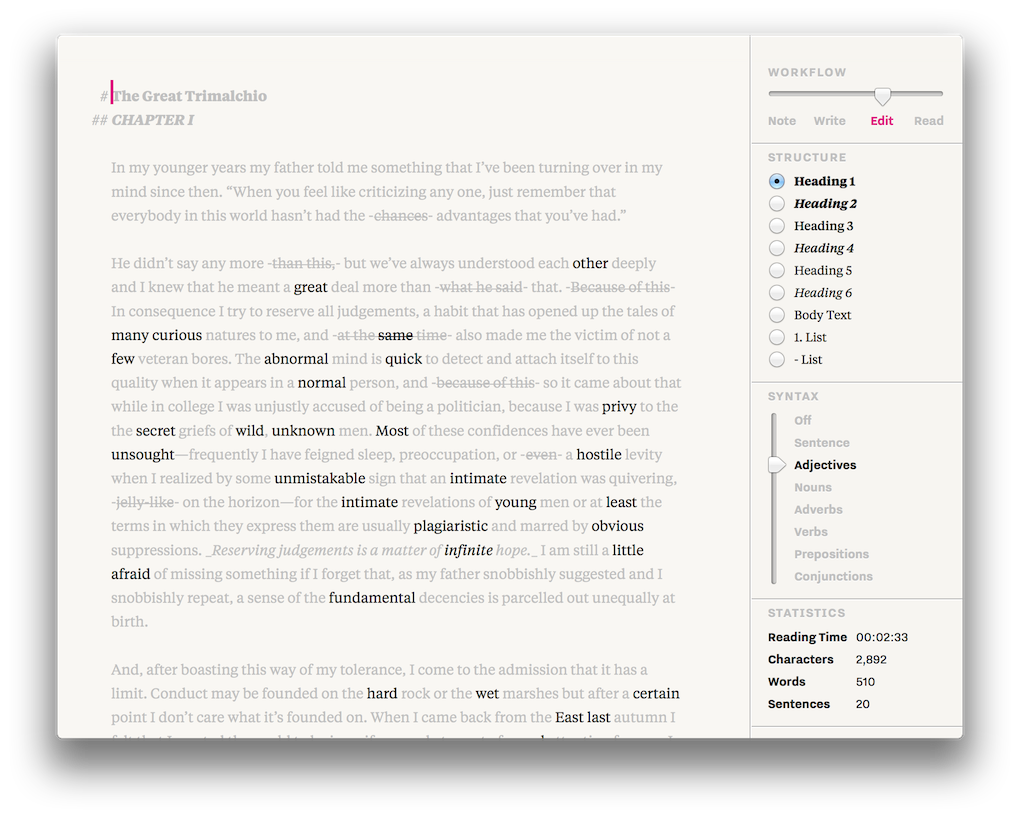 Syntax Control is a far more powerful version of the Focus mode in the original Writer, which faded out all sentences except the one that you were working on. Writer Pro lets you do the same thing for different types of words — the idea is to make it easier for writers to edit themselves by searching for repeated terms, unnecessary adverbs, and so on. "Syntax Control was planned as an original feature of iA Writer," says Reichenstein, "but since it is a feature for editing, not drafting, it never really sat right in the basic concept of iA Writer which was, in one word: just write." In my testing it worked very well, intelligently identifying complex noun phrases and other structures, and I found it useful for taking a step back and examining my own writing from a new perspective.

The workflow features are also sensible and well-designed. I’d long been using Writer on iPhone as an impromptu note-taking app, and I wasn’t alone. "A lot of writers were pointing out that iA Writer was one of the few apps they used apart from the standard applications like Mail and Safari," says Reichenstein. "They were frustrated that they had to fall back to the standard Notes app to write notes. Most of them tried used Writer to take their notes, but got frustrated with the fast growing amount of files. More disciplined users created folders, but folders are not a scalable method to organize files." Writer Pro addresses this by automatically maintaining separate folders for files that are in Note, Write, Edit, and Read modes, making it a lot more convenient as a note-taking app — your shopping list won’t get mixed up with your longform essays.

"Writer Pro is not for everybody."

Despite its Pro tag, the new version of Writer remains a very feature-light app on paper. "Writer Pro does what no other app does," claims Reichenstein. "It provides a one of a kind user experience — 'everything goes away but the writing experience,' as Stephen Fry said — and it is an app without settings. We’d like to keep it that way. Tech-oriented users love their settings, but most people do not." But iA is pricing Writer Pro much higher than its predecessor, at $19.99 each for the Mac version and a universal iOS app for iPhone and iPad.

"We want people to think before they buy Writer Pro," says Reichenstein. "Writer Pro is not for everybody. It is a professional writing suite for professional writers. Don’t buy it if you’re just interested in testing cool stuff. Buy it if you want a better tool that helps you with your job as a writer, or if you are a passionate amateur." 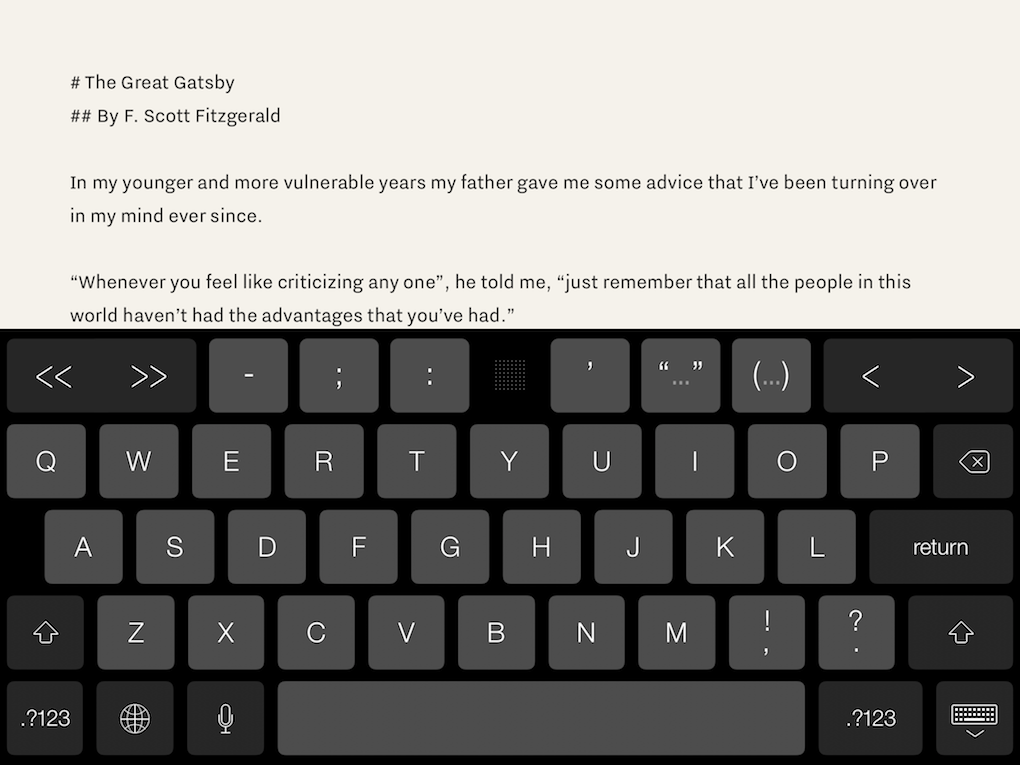 iA expects some degree of negative feedback to the pricing, but believes that Writer Pro offers an experience separate from apps both cheaper and more expensive. "There are writing apps in the $40 to $200 range out there and they provide nothing like we do," says Reichenstein. "They might have more features. But none have the simplicity in workflow, syntax analysis or even a closely comparable typographic excellence."

It’s a big bet on what people are willing to pay for a prescriptive, uncompromising app that allows for little control and tells users it knows best. But Reichenstein tells me iA’s figures show that around 85 percent of Writer customers have continued to use the app after downloading it — the question is how many of them are sold on its unique writing experience enough to pay a substantial amount for the upgrade. For my money, Writer Pro will be worth it for quite a few people.

Writer Pro is currently rolling out in App Stores around the globe.