The Galaxy Note 3 and Galaxy Note 10.1 introduced a new faux leather aesthetic for Samsung, which may now be making the jump to the company's Windows notebooks as well. A new Ativ Book 9 Style laptop has been pictured over on Korean site Seeko, where a member by the name of Jamproject has posted his discoveries after attending a local Samsung S Academy event. He claims the new member of the Ativ Book 9 family will come preloaded with Windows 8.1 and will include four 2W speakers for a little extra oomph in the audio department. Its appearance, featuring the same leather-patterned back and fake stitching details along the edges, matches the look of the Note devices. 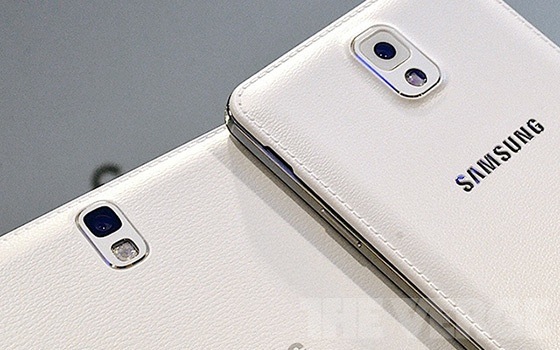 The grippy texture of the Note 3's back cover was surprisingly pleasant in regular daily use, though its benefits may be somewhat less tangible when applied to the lid of a laptop. Still, this purported Ativ Book 9 Style is expected to debut shortly, as soon as the Consumer Electronics Show in Las Vegas early next month.