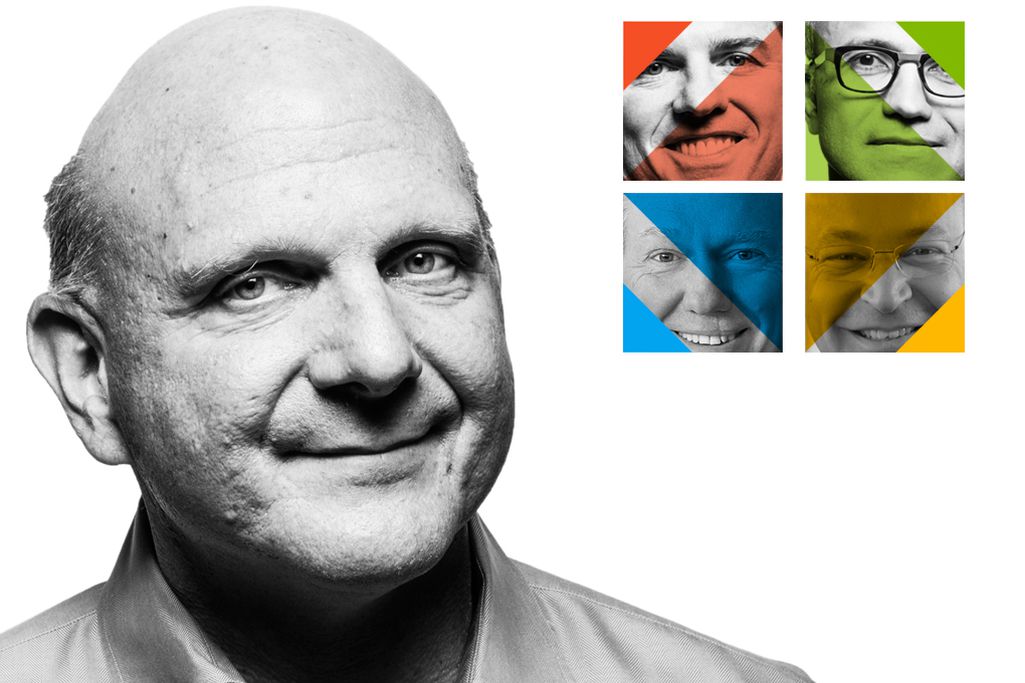 Microsoft is on the verge of massive change. CEO Steve Ballmer has announced his retirement, and the software giant doesn’t have an immediate replacement waiting in the wings. After 38 years with just two CEOs, the company is searching for its perfect match — someone to move software out of traditional boxes and into service efforts, an individual who can steer towards new a hardware push.

That’s a tall order. After months of searching, the company revealed last week that it’s not planning to name Steve Ballmer’s successor until 2014. While many had expected a new CEO by now, the search will continue over the holiday period and into the new year. Microsoft identified over 100 candidates and spoke with several dozen before focusing in on a group of 20 individuals. This group has now narrowed, and the current speculation is now centered on four key names: Ford CEO Alan Mulally, former Nokia CEO Stephen Elop, Microsoft cloud and enterprise boss Satya Nadella, and former Skype president Tony Bates.

Bill Gates says the Microsoft CEO role is a “complex role to fill,” and it’s clear there’s no immediate or obvious answer. While Microsoft’s board is assessing internal candidates, it’s a big decision to name a leader who will need to tackle a Nokia devices acquisition and a huge reorganization in the coming months. As the challenge of replacing Steve Ballmer continues into 2014, Microsoft employees, investors, and customers are left wondering who will lead the company into the next big trends in technology. 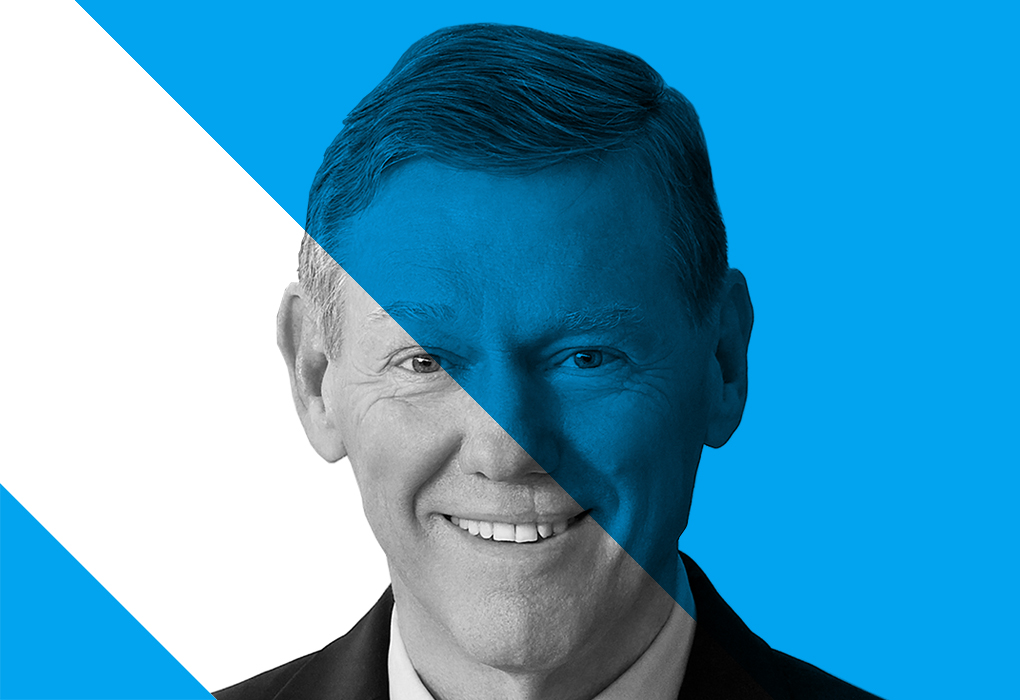 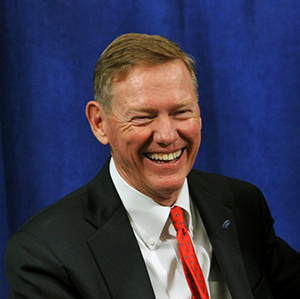 Speculation has centered on Ford CEO Alan Mulally as the man Microsoft wants. Mulally is credited with turning Ford around through the mid- to late-2000s as other American car companies were struggling to stay afloat. He took Ford from losing billions to sustained annual profits and allowed the company to avoid bankruptcy and a federal bailout. While he has no background in technology, he’s no stranger to Microsoft’s business. Mulally and outgoing CEO Steve Ballmer are longtime friends, and Ballmer actually called on Mulally for advice when planning the massive Microsoft reorganization announced over the summer. The two reportedly met at a Starbucks, where Mulally laid out the tenets of his success at Ford: a simplified brand and good teamwork.

That close relationship led to a Microsoft reorganization focused on that teamwork. Ballmer has streamlined divisions and removed policies that pitted co-workers against each other. Ballmer even borrowed the concept of "One Microsoft" from Mulally’s "One Ford" approach. Though Mulally is past retirement age, a short stint could allow Microsoft to infuse some outside experience into the company as it attempts to reach its devices and services goal. Before Ford, Mulally had extensive experience in the airplane industry, where he worked at Boeing for 38 years in roles from engineer to executive. He might not have the technical knowledge that Microsoft usually requires for executive positions, but he’s certainly proved he can adapt and manage big businesses.

Mulally’s experience turning Ford around could be a valuable asset for Microsoft as it brings on Nokia’s device business in the face of struggling mobile marketshare. Microsoft is attempting to balance its strong enterprise offerings with a focus on consumer devices and services that spread across work and home. Mulally is clearly a strong candidate for managing the sprawling businesses that Microsoft runs, but his age, importance to Ford, and lack of technology experience could all count against him in the race for CEO. 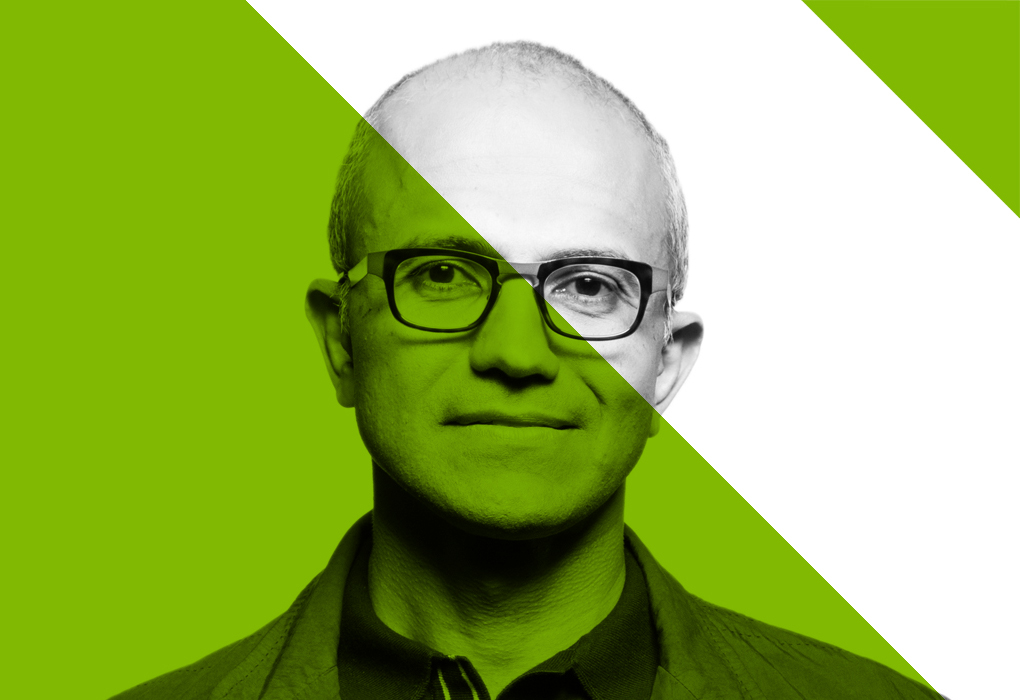 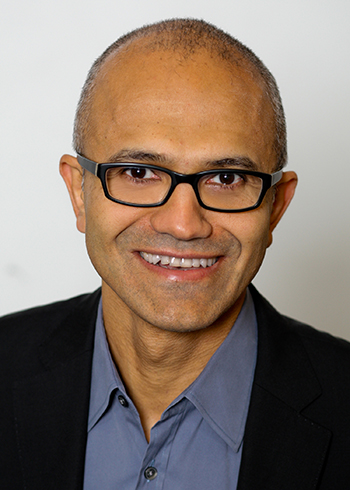 Satya Nadella is a Microsoft veteran, having joined the company over 20 years ago. Born in India in 1969, Nadella studied electrical engineering at Mangalore University before moving to the US to study computer science at the University of Wisconsin. He originally worked at Microsoft rival Sun Microsystems before heading to Redmond to work on research for Microsoft’s online services division. He has held a number of roles, working in the company’s business division on Office, and to some degree on the Bing search engine.

Most importantly, Nadella has been instrumental in transforming Microsoft’s cloud businesses. His work leading Microsoft’s server and tools division helped boost its profitability and move the company from traditional client-server computing to cloud infrastructure like Windows Azure. Recently, Nadella has been focused on Microsoft’s cloud services, pushing the company’s underlying infrastructure into products like Bing, SkyDrive, Xbox Live, and Skype. While Nadella has little experience running consumer-facing businesses like Xbox or Skype, he has a deep understanding and knowledge of the computing and engineering required to develop and build services and applications that are used by millions. Given Microsoft’s devices and services push, he’s clearly well positioned to help steer the company in one particular direction.

While Nadella has made a name for himself inside Microsoft as an intelligent and charismatic leader over the years, he’s not a household name to consumers and even most businesses. He has surged through the ranks with technical expertise and a focus on enterprise, but has had little involvement in Microsoft’s mobile future.

Microsoft’s core strength currently relies on enterprises and businesses purchasing licenses or using software and services that the company develops. While Windows is struggling thanks to a decline in PC shipments, Microsoft’s enterprise and Office software and services are continuing to bring in impressive revenues for the company. Nadella compliments this strength perfectly, but he would need to prove he can complete Microsoft’s vision for devices and its continued mobile push if he’s to succeed Steve Ballmer. 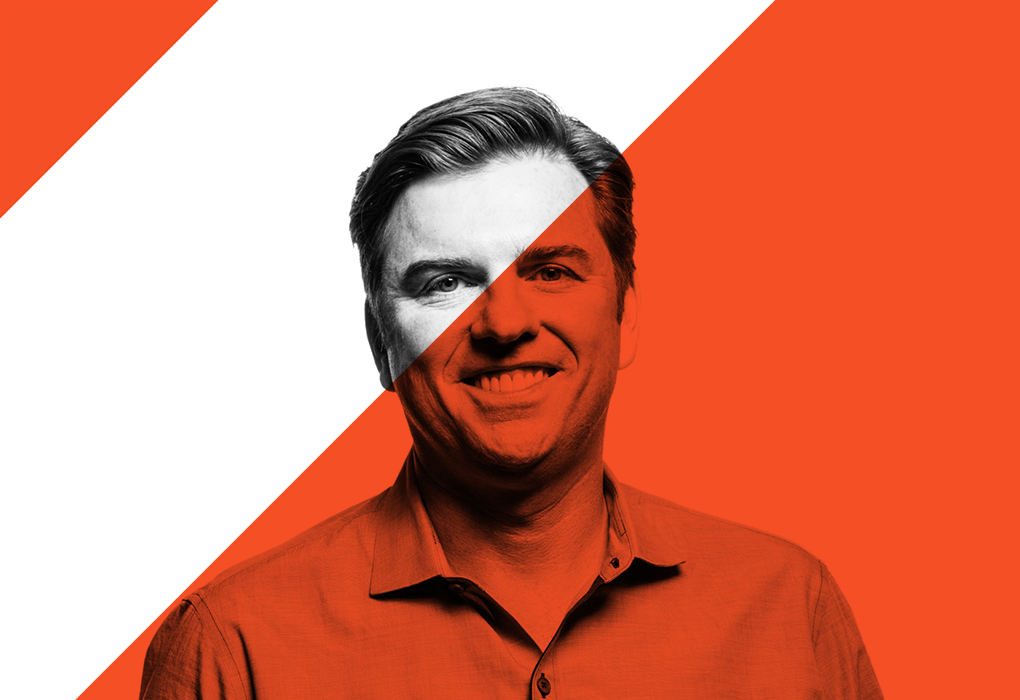 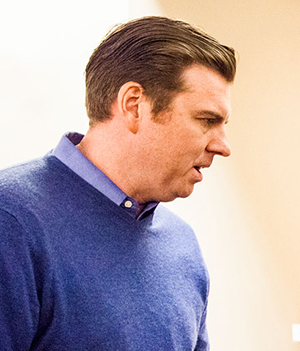 Tony Bates is relatively new to Microsoft, having joined the company in late 2011 after the software maker acquired Skype. Born in Britain, Bates has a strong technology background thanks largely to his work at Cisco. After dropping out of a mechanical engineering course at London’s South Bank University, Bates opted for a career as a network operator at the University of London for about six years. He taught himself programming, learning UNIX and C during his commute to work. His skills allowed him to help run some of the early internet network gateways between the US and UK.

He clearly has strong technical skills and experience, and his 14 years at Cisco saw him manage around 12,500 employees; responsibilities included strategy and development. Bates’ Cisco experience exposed him to enterprise, commercial, and small business areas, where he largely focused on the infrastructure sides of those various departments. However, he also shifted his work from the business side to consumer products as Cisco gradually transitioned to focus on electronics, DVRs, and routers for the home. He also served on the YouTube board ahead of Google’s acquisition, increasing his involvement in consumer-related technology.

Bates’ mix of consumer and enterprise experience is a natural fit

Bates’ consumer experience eventually led him to Skype in 2010 when he was hired as CEO, completing one of his many personal goals to lead a company as CEO before he turned 45. Bates revealed in an interview that he made a list of three companies he’d like to lead as CEO: one was Skype and the other two were on the consumer and internet sides of the market, but Bates refused to reveal the company names. For Microsoft, Bates’ mix of consumer and enterprise experience is a natural fit and beneficial to the company’s goals, but his lack of CEO experience at a publicly traded company may count against him. Bates has also remained active in Silicon Valley social circles, a key technology group that has often been hostile to Microsoft in recent years, and a collective that Microsoft is always keen to woo. 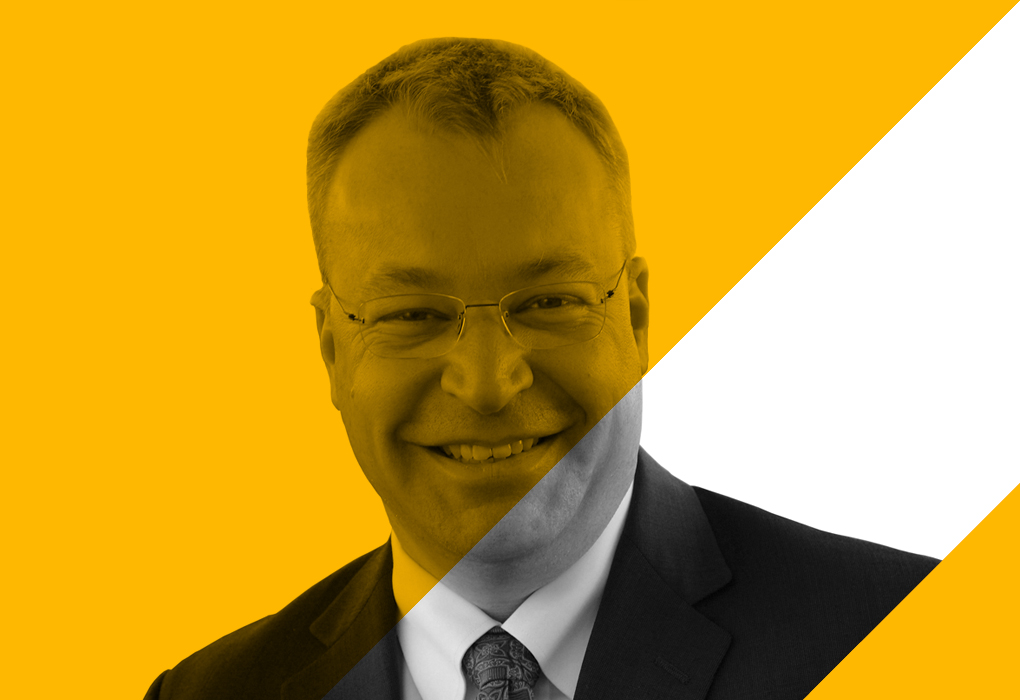 Stephen Elop is one of the more unusual CEO candidates that Microsoft is considering. Born in Canada and celebrating his 50th birthday at the end of the month, Elop will return to Microsoft early next year even if he’s not named CEO. The former Nokia CEO left Microsoft in late 2010 to run the Finnish smartphone maker, and his return will see him run an expanded devices team unless he’s made Microsoft CEO.

Elop oversaw Nokia’s turbulent transition from Symbian to Windows Phone, kicking things off with an honest and surprising "burning platform" internal memo. In it, Elop compared Nokia to an oil platform that was on fire, noting that Apple changed the game with the iPhone and Google’s "gravitational force" with Android had managed to attack Nokia’s low-end phone dominance. It came just days before Elop helped form a partnership with Microsoft, his former employer, to create smartphones running Windows Phone. Since then, Nokia has transitioned fully to Windows Phone, and is the single dominant seller of phones running Microsoft’s software. 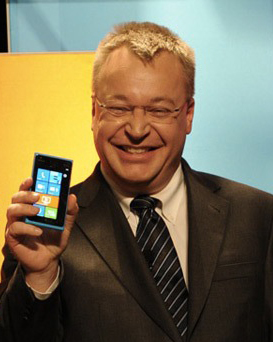 Elop’s previous experience at Microsoft, where he was the head of the business division, and his work running Nokia make him an obvious CEO candidate, but he also has years of experience elsewhere. For six years he helped run Boston Chicken (now Boston Market) as its CIO, before the firm filed for bankruptcy in 1998. He then joined Macromedia as web businesses started to boom, spending seven years in various senior positions. He was named Macromedia CEO just a few months before Adobe acquired the company in April 2005. Elop eventually resigned from Adobe after just over a year and joined Juniper Networks as COO for a year before moving to Microsoft. While he spent less than two years at Microsoft, Elop was responsible for Microsoft Office and oversaw the release of Office 2010.

A mix of experience and skills is essential for a modern Microsoft CEO, but understanding the company’s culture and new focus on mobile and devices is equally important if the firm is serious about transitioning from its PC roots. Elop’s experience at Nokia was mixed. While Nokia’s profits dropped 95 percent during his time as CEO, the Finnish firm was already struggling to adapt and Elop managed to trim and even turn a modest profit just ahead of Microsoft’s acquisition. However, Elop has an unfortunate history of leaving companies just as they’re struggling, a position Microsoft finds itself in for key consumer and mobile markets. Recent reports have suggested Elop may consider a strategy shift at Microsoft if he were made CEO, including rumored plans to sell its Xbox business and kill off the Bing search engine. The plans seem unlikely given Microsoft’s new collaborative focus, but any potential CEO will want to change and shape the company their own way.

The rumors around Microsoft’s CEO choice have consistently focused on these four men, but a delay into 2014 may leave the decision wide open. Nadella has revealed he’ll stay at Microsoft regardless, and Mulally’s representatives have been issuing non-denial denials. Elop and Bates have both remained silent during the search, leaving their fate largely unknown. The four main contenders may no longer fit the requirements of the board, leading to the possibility of a "dark horse" candidate taking the role by surprise. Microsoft could even opt for a dual-CEO strategy, with enterprise- and consumer-focused leaders. It’s not clear exactly what Microsoft will do, and the board will likely be busy working over the holiday period to find the ideal solution.

Microsoft’s choice of CEO will speak volumes for the direction of the company. The complex Nokia deal requires a leader to balance the company’s push for hardware with its continued focus on consumer and enterprise software and services. If a future CEO isn’t able to make the Nokia deal work, it will spell major trouble for Microsoft’s hardware ambitions — and no one in Redmond wants another Zune or KIN. An indecisive process or the appointment of an interim CEO will also reveal Microsoft isn’t ready to fully decide or commit to a particular strategy, despite its devices and services plan; there's a lot of uncertainty over Microsoft’s future direction, and Ballmer has already put together a plan for his successor that they may be forced to follow with the pressure of co-founder Bill Gates as chairman. Microsoft’s next CEO will carry the weight of over 100,000 employees on their shoulders, all in the middle of a massive transition to "One Microsoft." That’s no easy job.