In A Christmas Story, young Ralphie begs his parents for a Red Ryder BB gun. Alas, how times have changed. Today, you’re more likely begging for a red iPhone — but just as the Red Ryder is useless without BBs, the iPhone is useless without apps. Apps for shooting photos, keeping track of your schedule, and for logging your every thought and bike ride. An app to tell you when it’s snowing, and an app to keep track of your favorite blogs. We’ll break down the best apps no iPhone should be without, so when you’re cozied up by the fire, you’ll have something to do — and an IFTTT app to auto-send holiday greetings on Christmas morning. 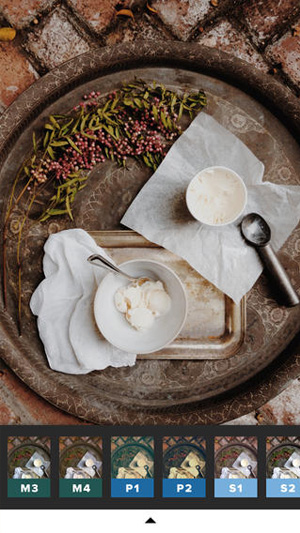 VSCO Cam is the best photo-editing app for iPhone. Its expansive set of tools and filters were created by photographers and make Instagram’s editing features feel stale and limited. VSCO recently added gridded user profiles — a handsome way to share photos on mobile and the web. 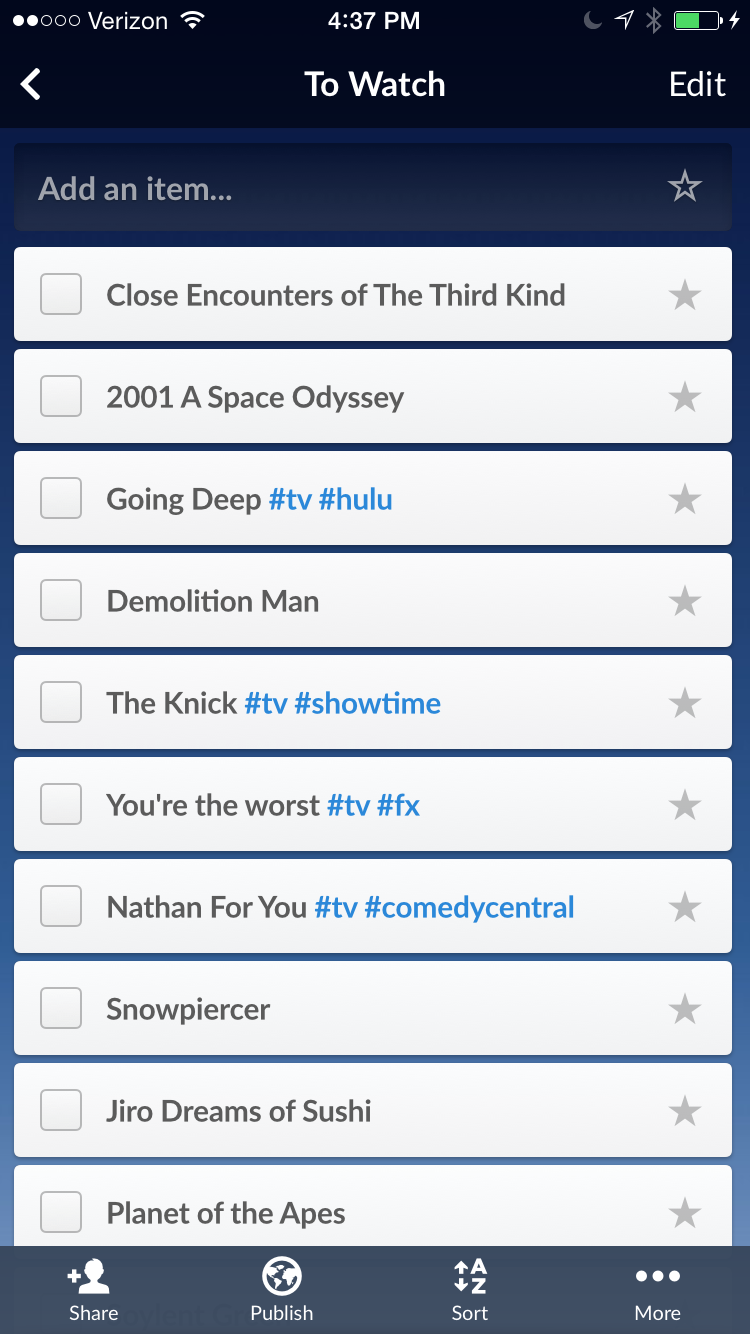 If you’re serious about getting things done, don’t rely on the standard Notes app. Try Wunderlist, our pick for best to-do list app for most people. It’s fast, elegant, and free. 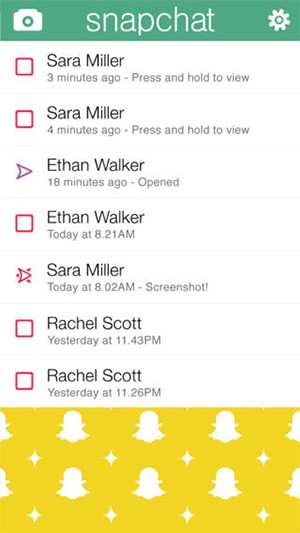 Snapchat has a reputation as a "sexting app," because the messages it sends are automatically erased after they’re seen, but we think it’s simply a fantastically fun way to send a quick photo or video to a bunch of friends. The ability to add captions, filters, or draw on your photos before sending them adds charm. 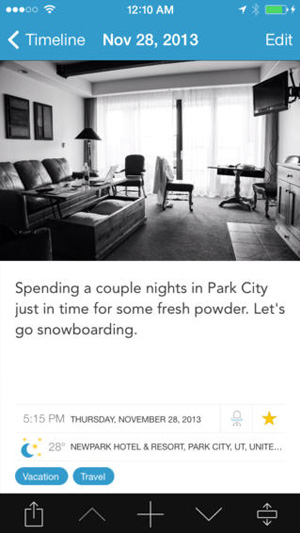 Day One is like a private Twitter, just for you. It’s great for jotting down thoughts, saving private photos for posterity, and journaling about your life. An excellent companion app for Mac fills out the experience. 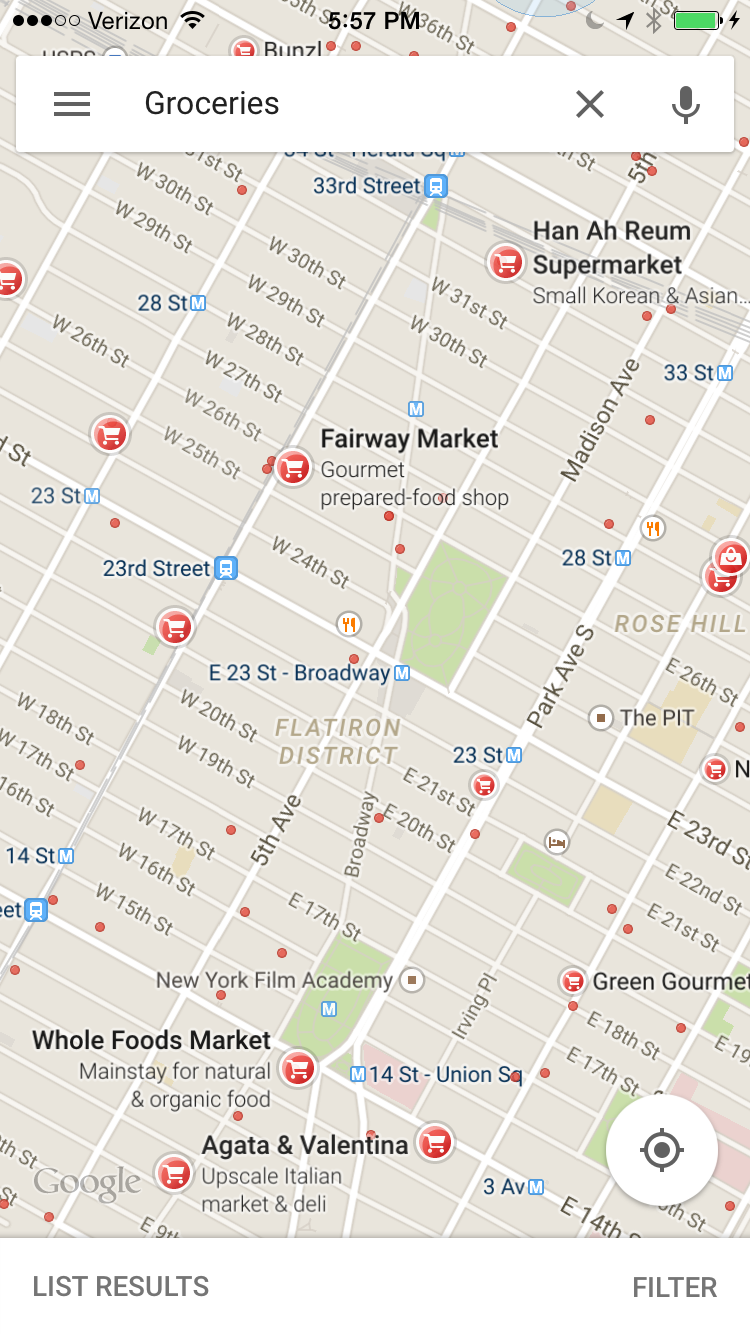 Your maps app will almost certainly be the most-opened app on your phone. Don't stick with Apple Maps, which still doesn't have enough place listings or helpful public transit directions; get Google Maps, stick it on your first screen, and be glad you did. 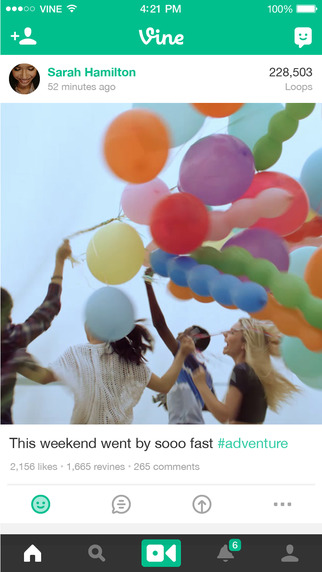 The looping 6-second videos on this Twitter-owned social network have become an art form unto themselves. Popular with young people, Vine is a place of endless creativity. It’s the social network where people are still having fun. 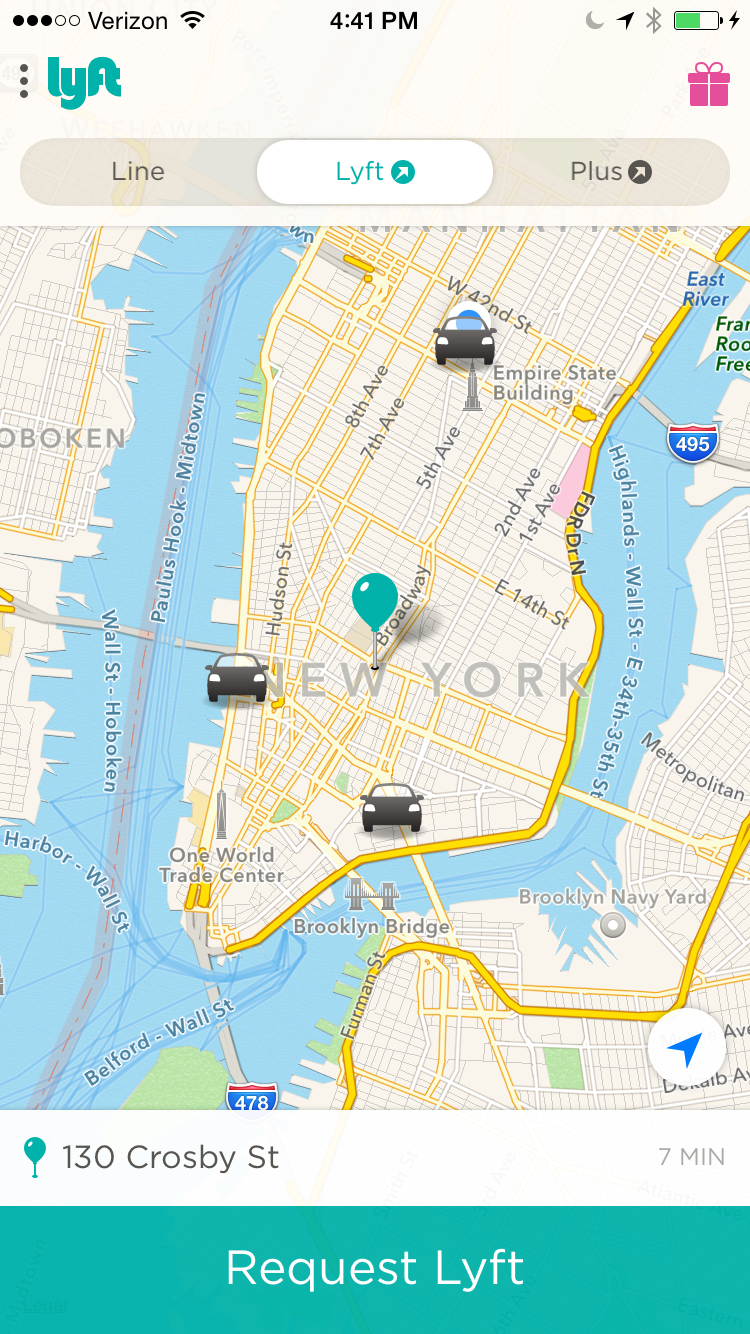 You plan on getting drunk on New Year’s Eve, and you’d like to get home without paying bank-breaking surge pricing on Uber. For a friendlier option, consider Lyft — it’s often cheaper than its rivals, and works just as well. 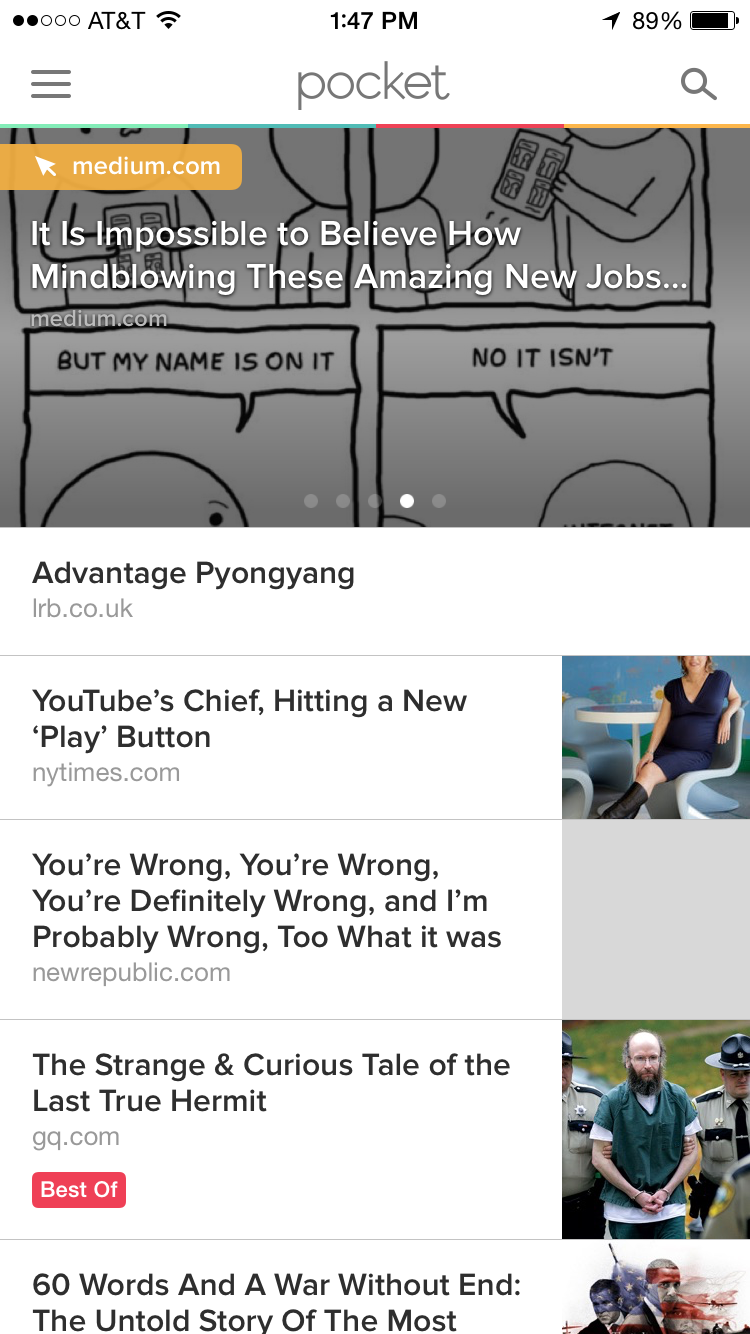 There’s so much to read, and so little time to read it. Save the articles you find on your iPhone for later with Pocket, an indispensable DVR for the web. Integration with iOS 8 means you can save to Pocket from Safari, Twitter, and many other apps. 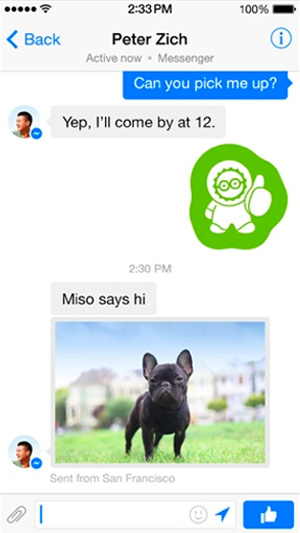 Facebook Messenger is the most popular messaging app in the US. This minimal messenger lets you ping friends, send stickers, and start group chats, but its most killer feature is that everyone you know uses Facebook, so reaching someone is easy. 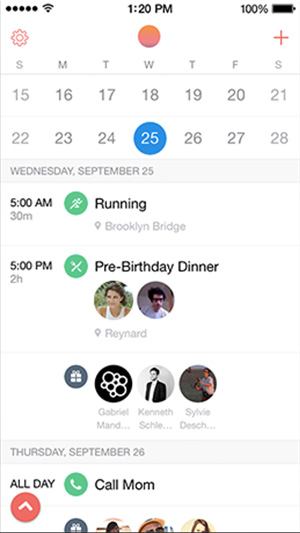 Sunrise is the Google Calendar app Google never made — a modern take on calendaring that tastefully imports Facebook events, LinkedIn info for event attendees, and past Foursquare check-ins. It also supports iCloud, and soon, Microsoft Exchange. 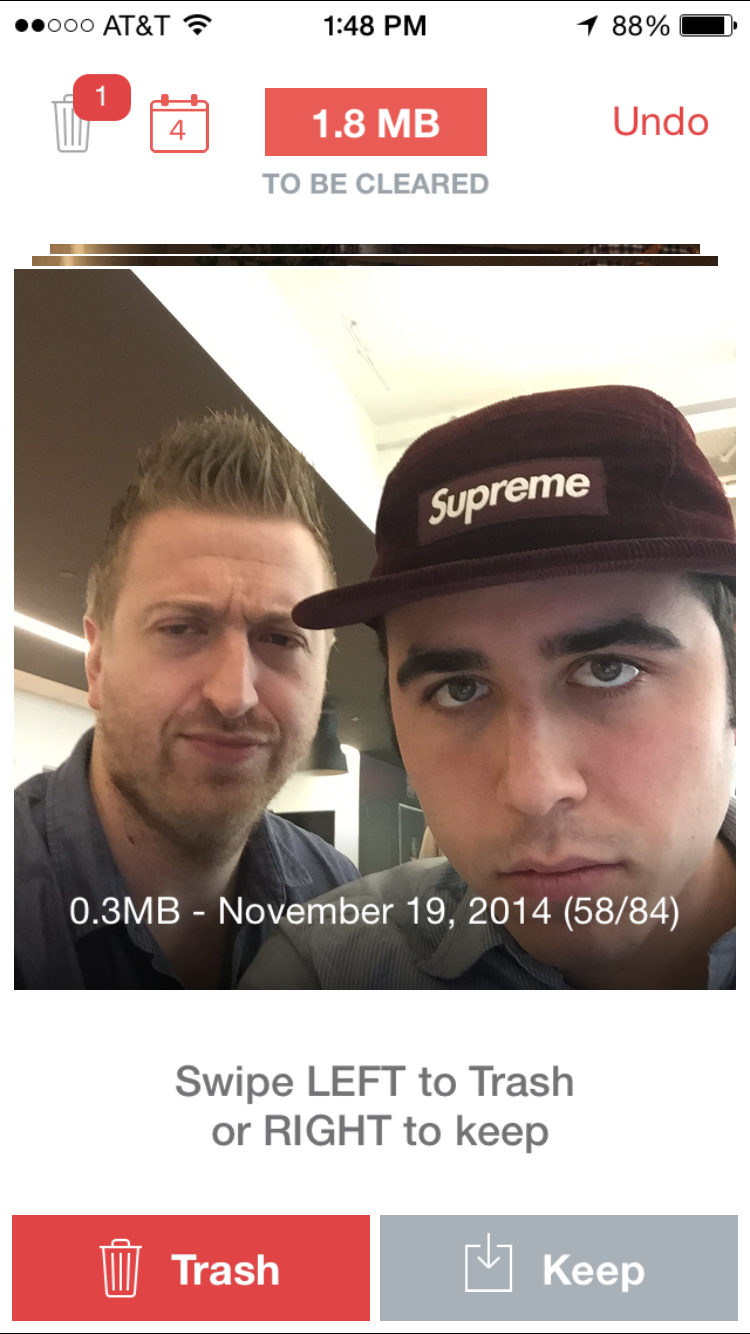 Now that you’ve got a best-in-class camera on your phone, your camera roll is going to fill up in a hurry. Keep it cleaned up with Flic, which will remind you to go through your shots once a month. Swipe right on the ones you want, and left on the ones you want to delete. 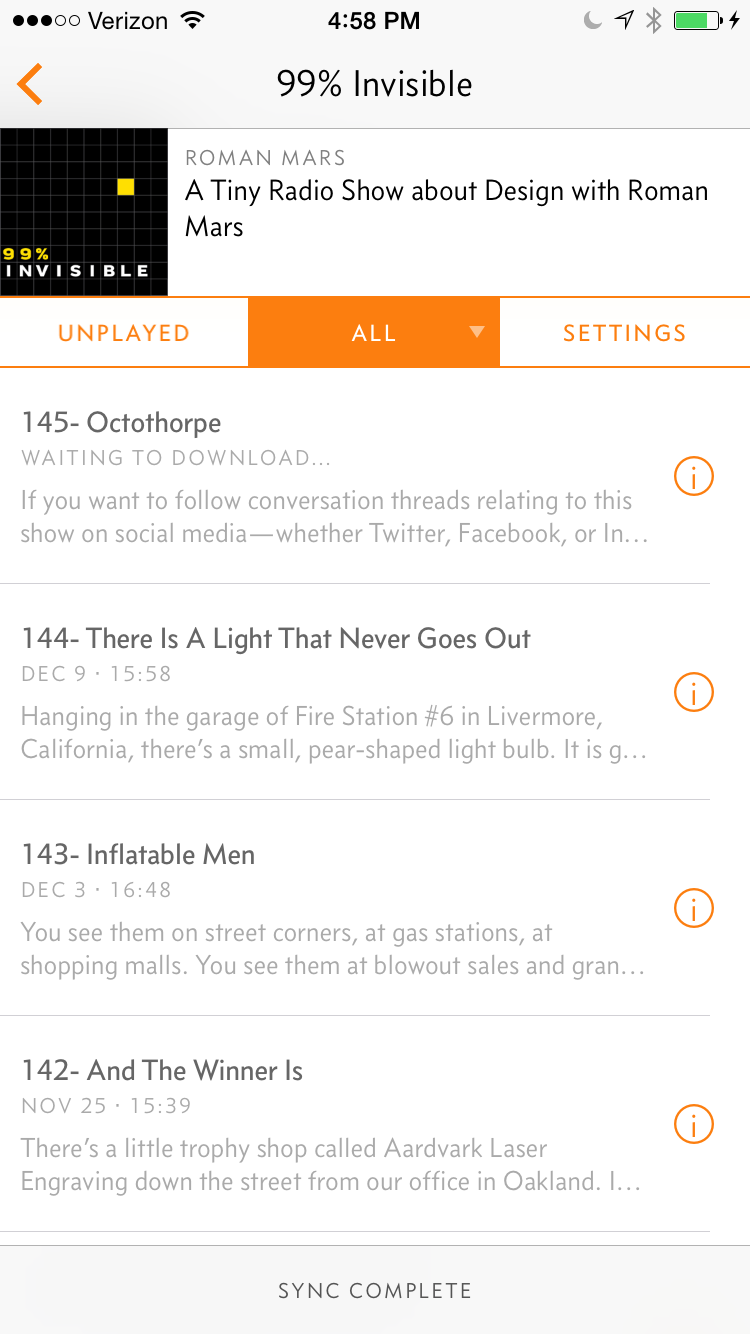 In post-Serial America, you have no choice but to become obsessed with podcasts. Apple’s stock Podcasts app is all but unusable, so try this slick alternative from developer Marco Arment. Among other nice features, Overcast is quite good at suggesting new podcasts and individual episodes for you to try based on who you follow on Twitter. 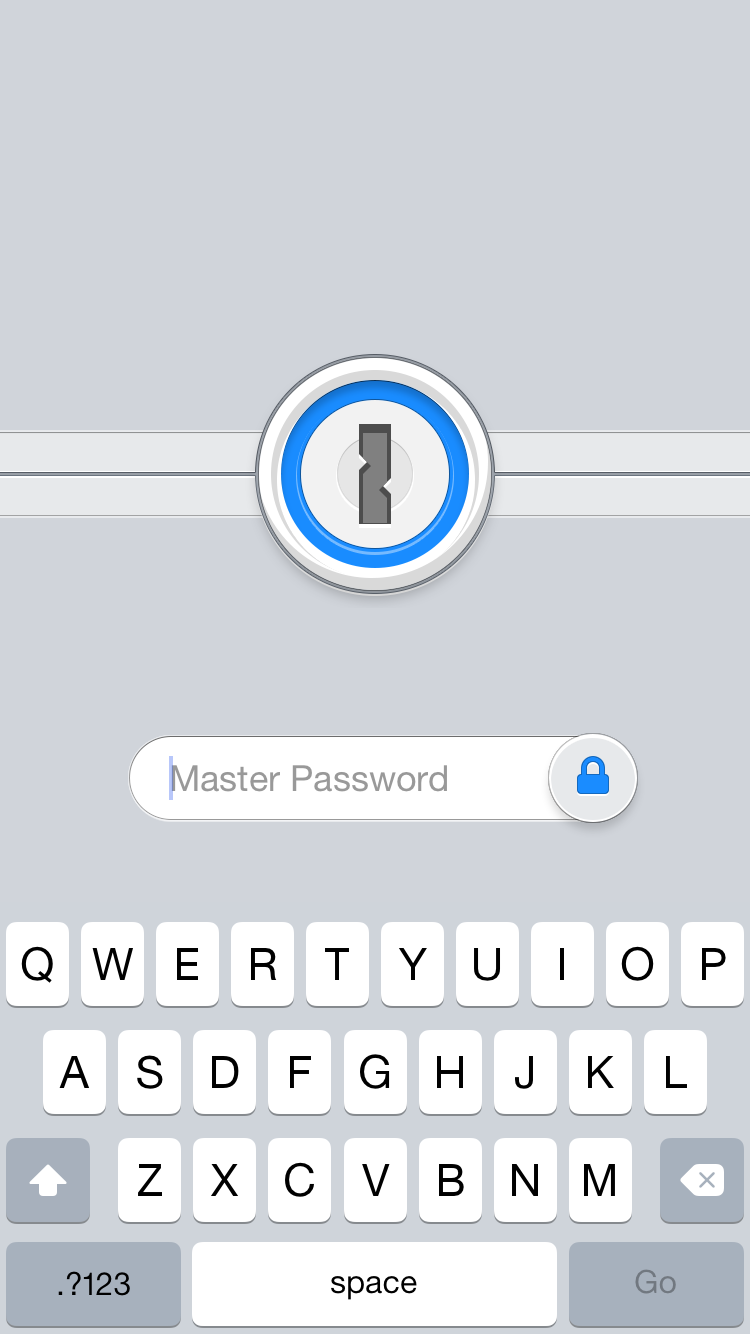 Many of the apps you’re downloading today require logins and passwords. A great way to keep track of them all is 1password, which generates unique passwords and keeps them synced across all your devices. 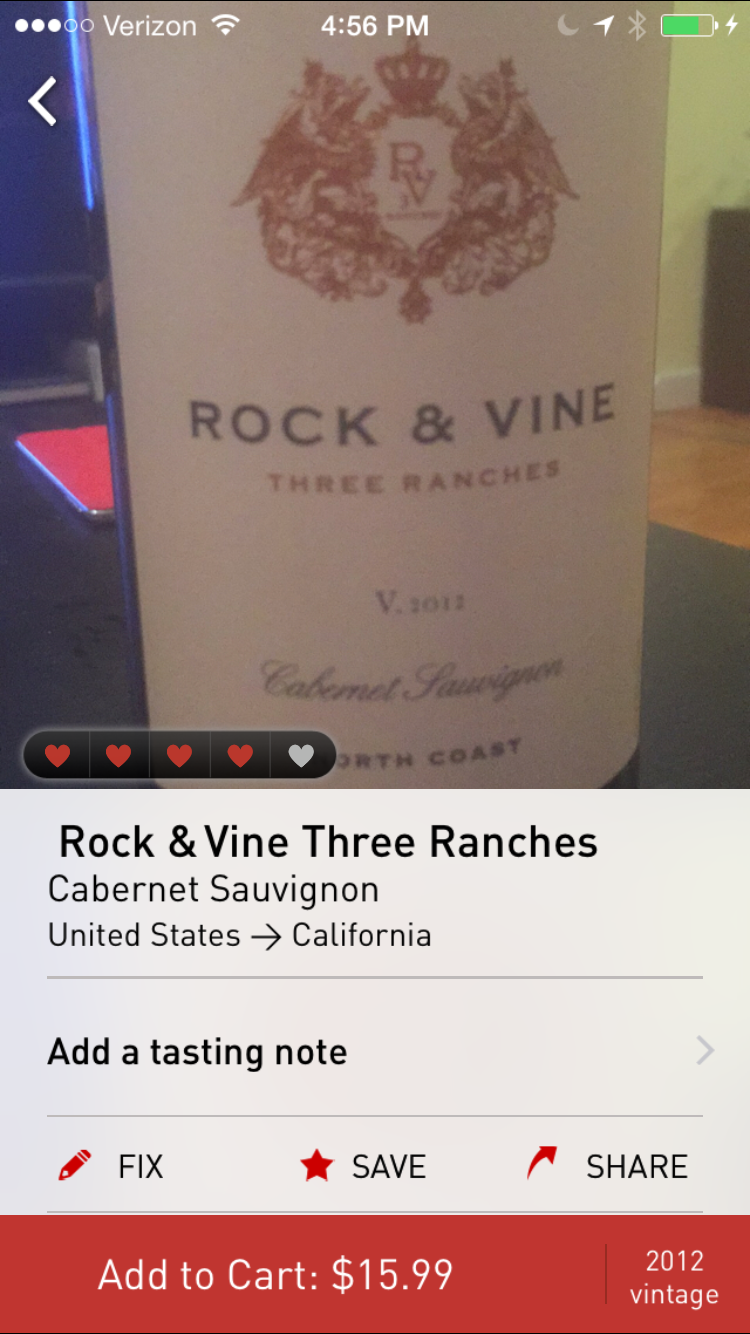 You got a bunch of wine for Christmas and want to know if it’s any good. Try Drync — it’s like Shazam for wine. Just point your camera at the label, and it will tell you what to expect from your bottle. You can even buy wine straight from the app. 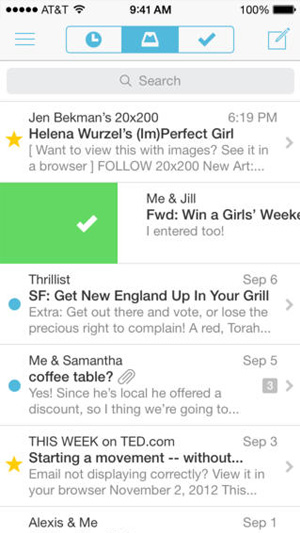 Mailbox makes sending email as quick as firing off a text message. This app made waves for the way it compresses your emails on its server, so sending and downloading messages is lightning fast, and for the Snooze function that lets you put off emails for later. Together, these features make Mailbox invaluable. 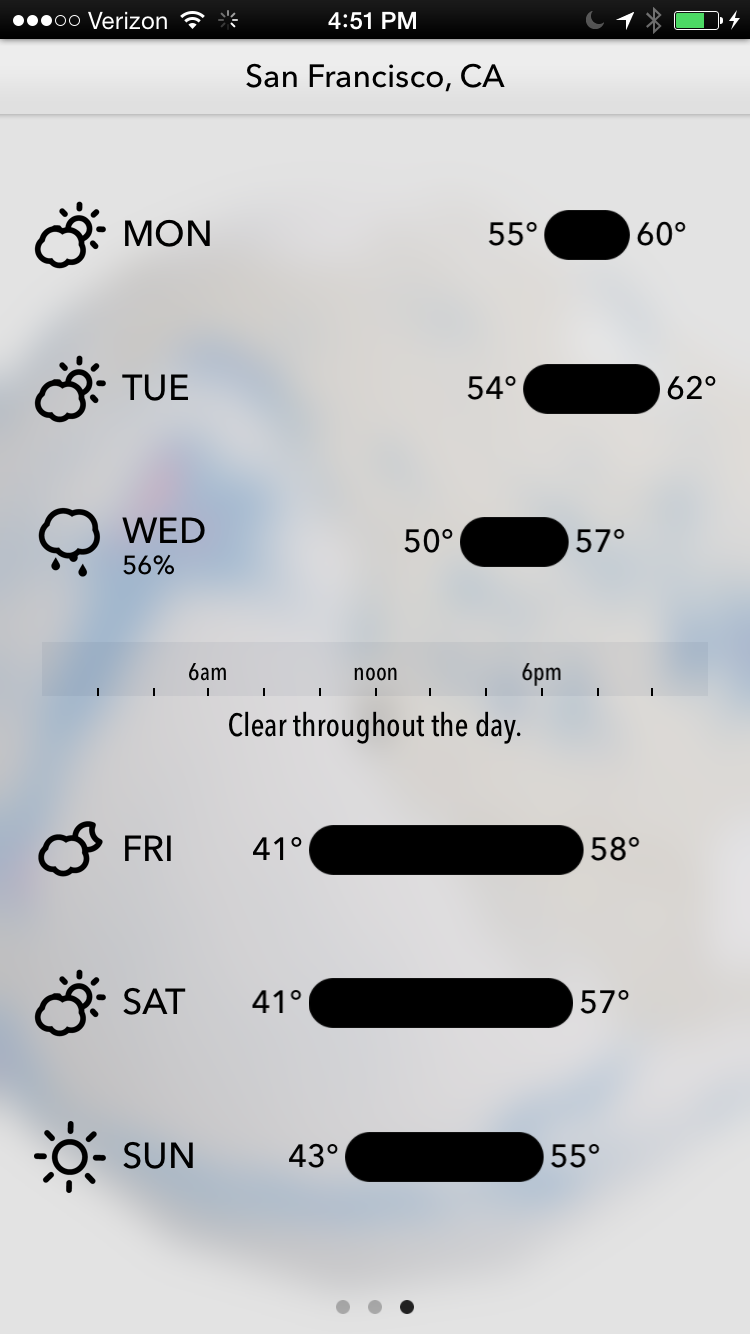 Dark Sky is famous for predicting bad weather with uncanny accuracy. A few minutes before it’s about to start raining, Dark Sky will ping you — and then sure enough, the skies open up just when the app said they would. An invaluable resource for making sure you’re not soaked the next time you head outdoors. 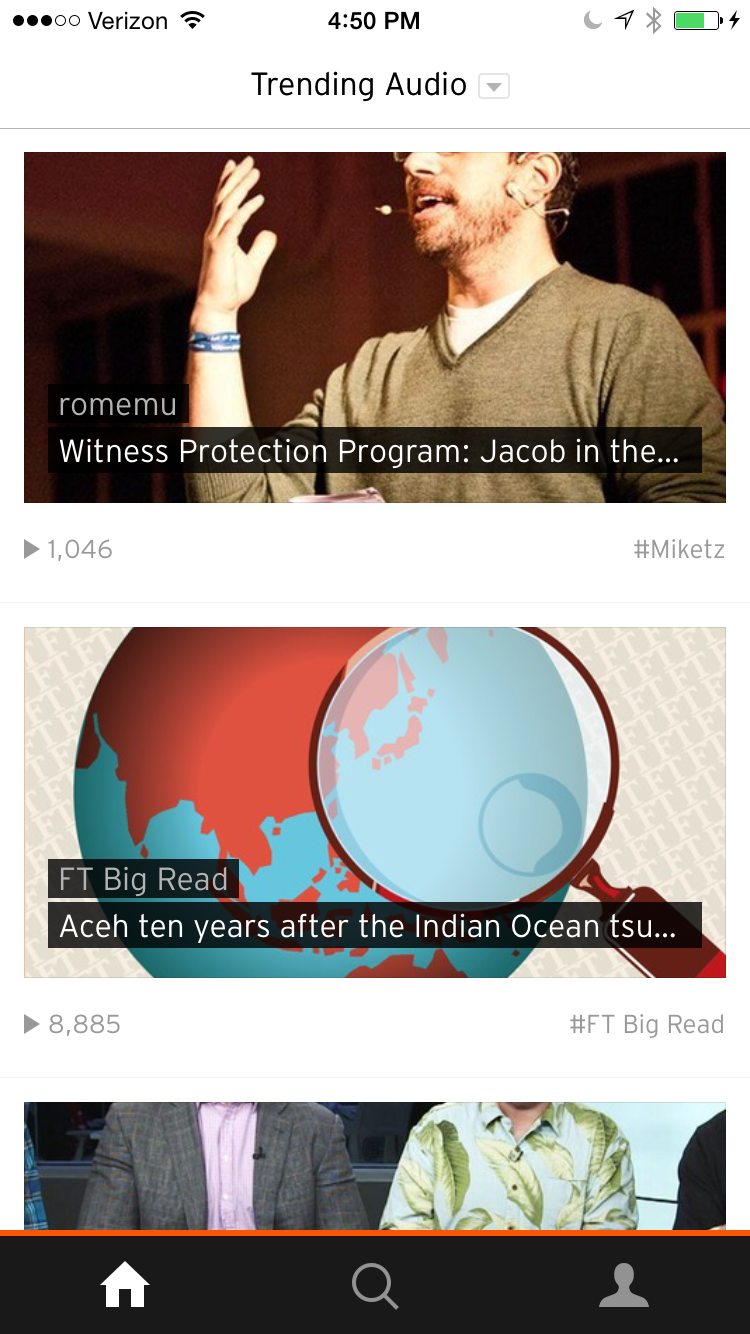 Sometimes you just need something to listen to. Almost every time, that something — podcasts, songs, mashups involving Thomas The Tank Engine and rap music, weird body sounds — will be in SoundCloud. The app has a great discovery engine, easy ways to save things to listen to, and everything you could ever need to fill your headphones and drown out the world. 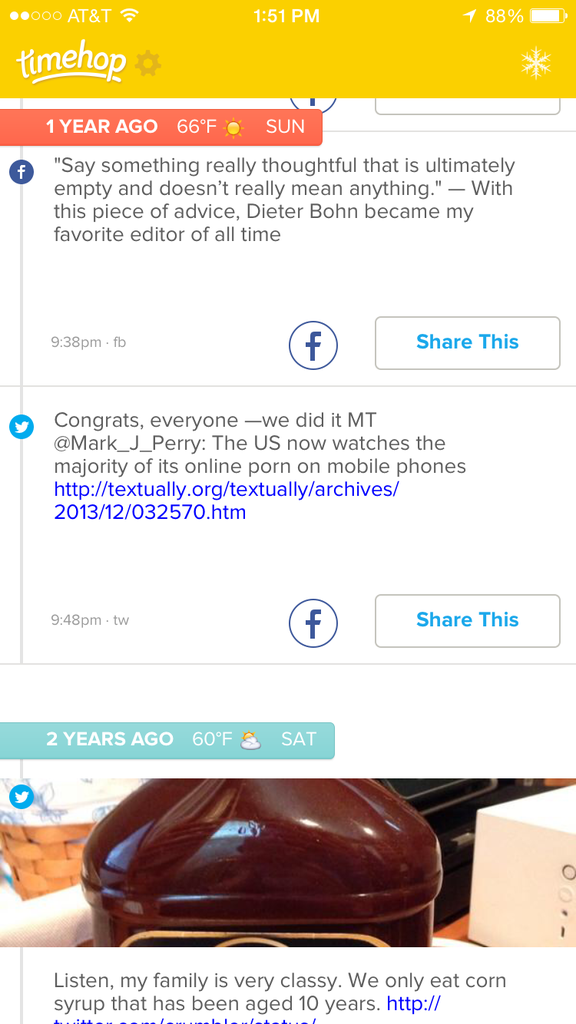 Nostalgia is a hell of a drug, and no app delivers it better than Timehop. Each day, it will tell you what you were doing on social media on that day in years past. Old tweets, Facebook statuses, and photos for Throwback Thursday: they’re all here in an irresistible time capsule.