A year ago, we got a new Xbox and a new Playstation, with more power and more features than anything we've ever seen before. This year, we got the games.  If you got a new console this year, or unwrapped a slightly smaller package with a Nintendo 3DS or a PlayStation Vita, what you need next is to find something to play. Here's where to start. 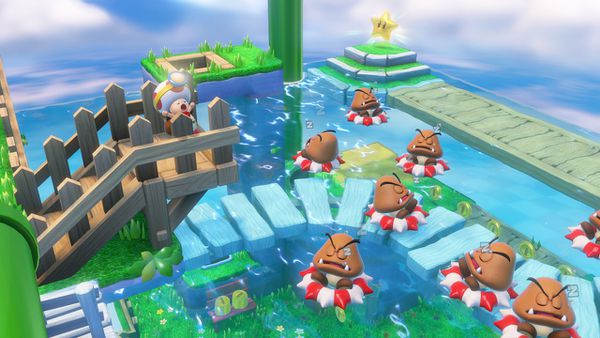 Toad isn’t the most famous of Nintendo’s enduring cast of characters; in fact, this is his first ever starring role. But Treasure Tracker is an incredible debut. It’s a leisurely paced, achingly adorable puzzle game that is perfect for kicking back on the couch with a Gamepad in hand. 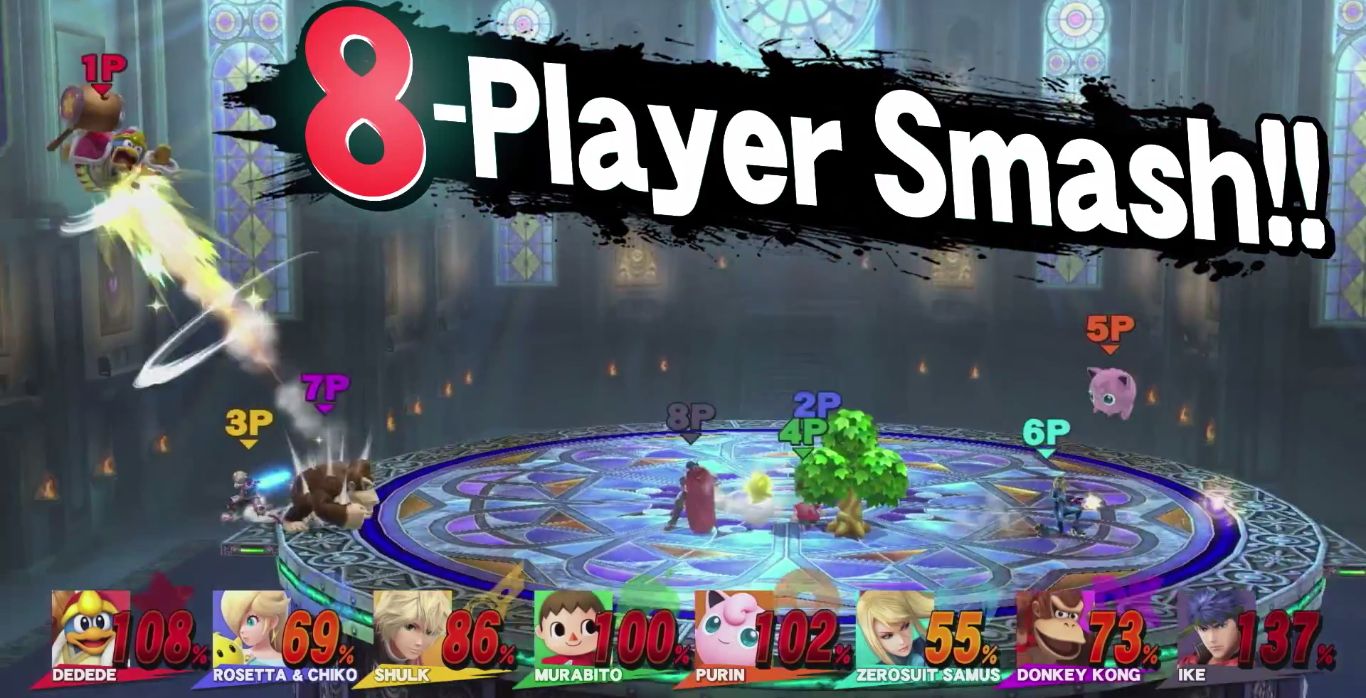 You’ll need a few things to enjoy the latest Smash Bros. game, but it’s worth the effort. The highlight of the game is its new eight-player mode, which makes the fast-paced action even crazier, but it also requires a bunch of friends and just as many controllers. Thankfully, you have plenty of control options, from the standard Gamepad all the way to retro Gamecube controllers. 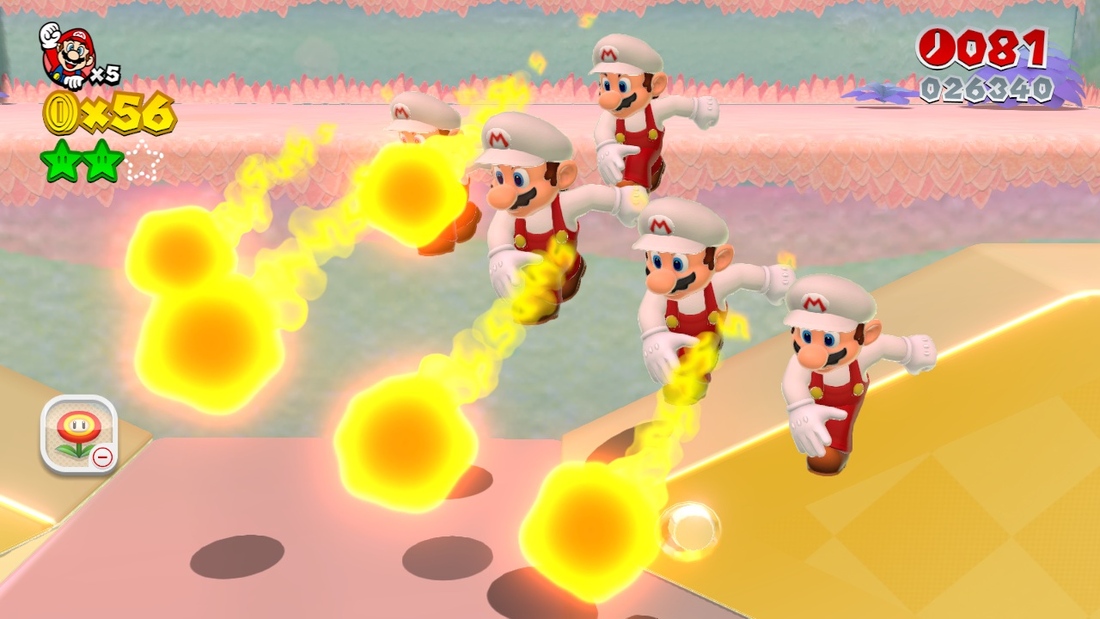 After nearly three decades, Mario still has it. The portly plumber’s most recent 3D excursion might also be the best, introducing some of the most inventive level design to come out of Nintendo, as well as fun new features like an adorable cat suit. 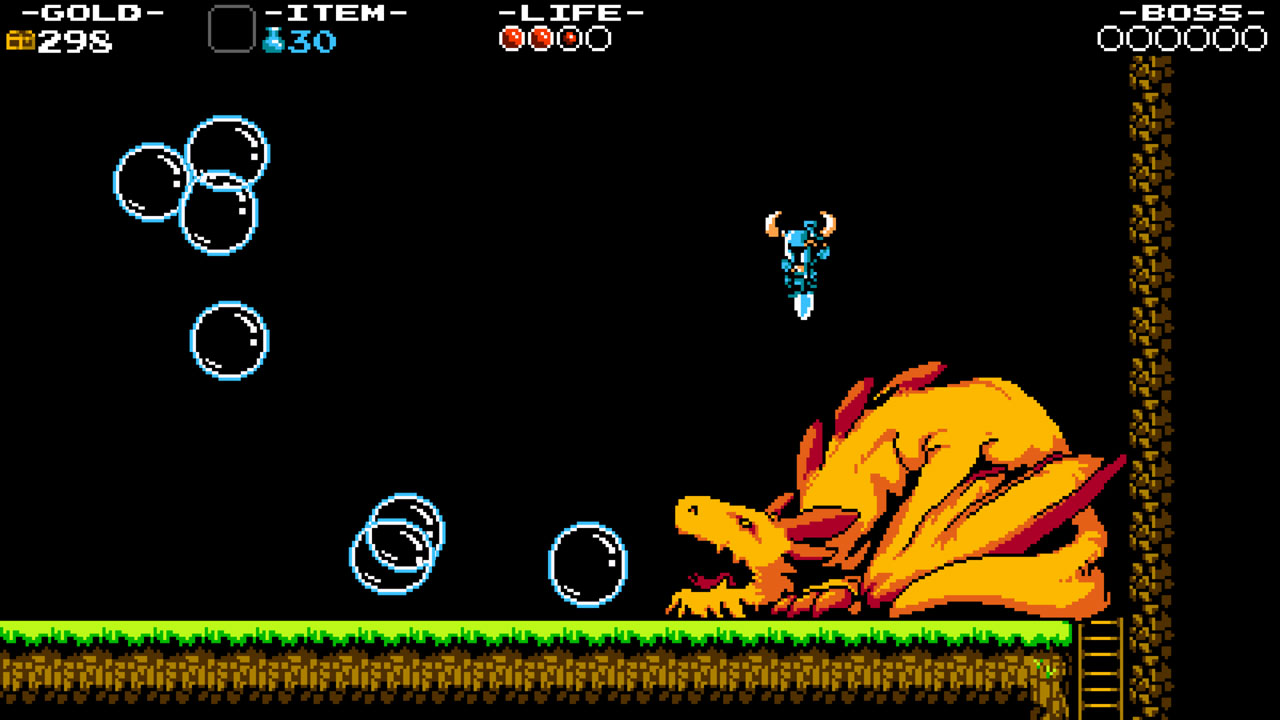 It turns out the best retro-style platformer on Wii U isn’t even made by Nintendo. The indie game Shovel Knight features such finely tuned, Castlevania-inspired gameplay that you would swear it’s a long lost NES game, yet it features plenty of design tweaks that make it a more accessible experience compared to its inspirations. Plus, you get a cool shovel. 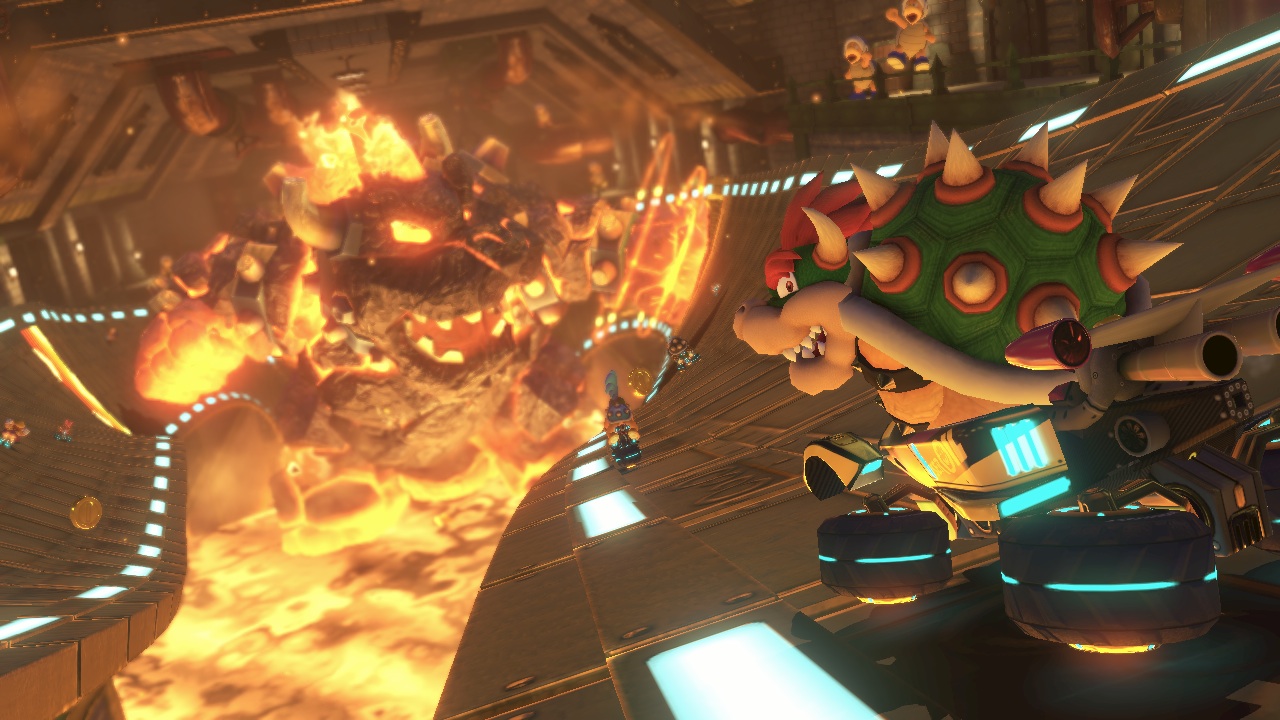 A Nintendo console really isn’t a Nintendo console without a Mario Kart game, and Mario Kart 8 is the best entry in the series to date. It features familiar gameplay and characters, but then turns things up with twisted, gravity defying race tracks that let you drive on walls and ceilings. There’s even a defense against the dreaded blue shell now. 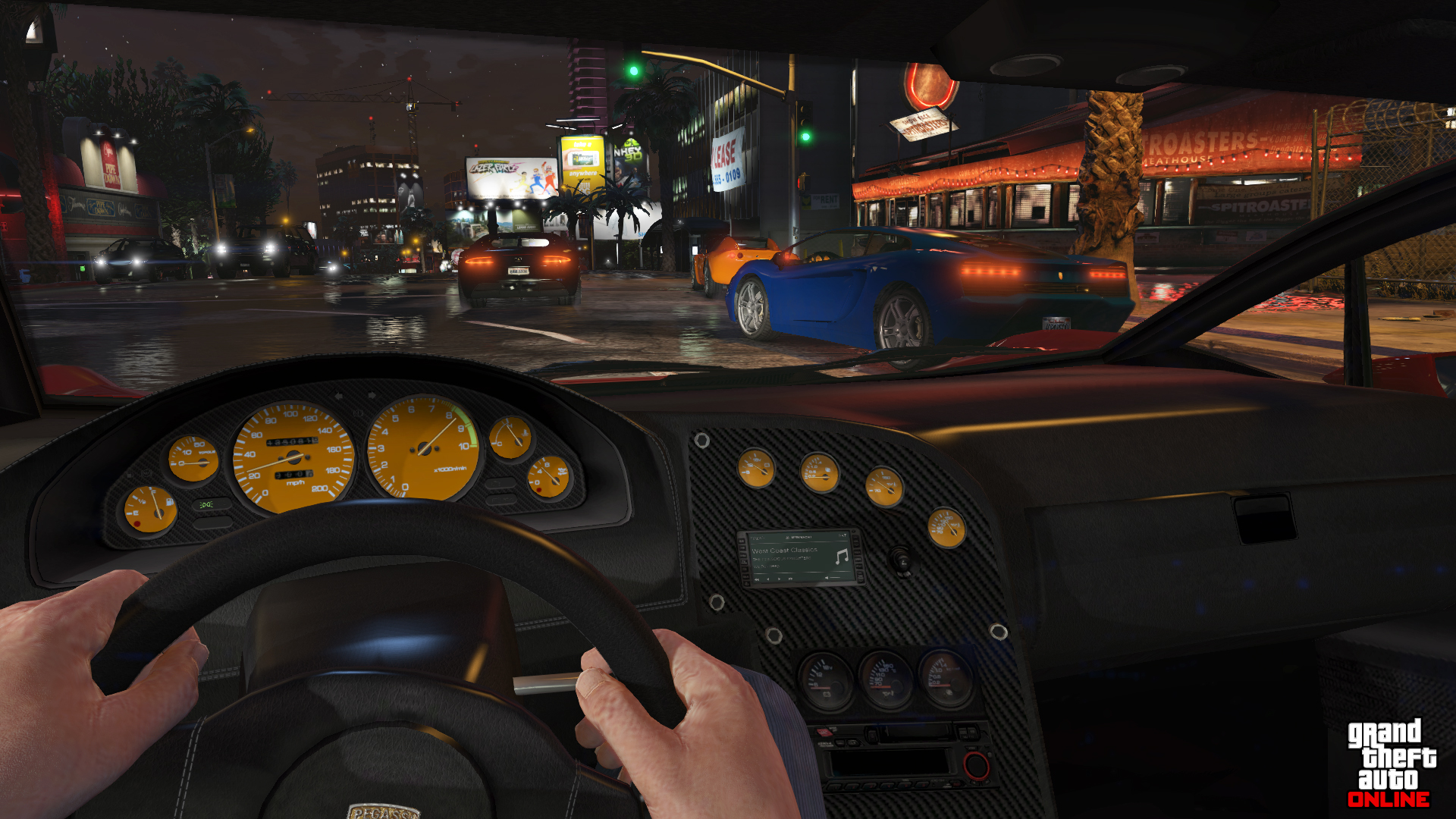 Grand Theft Auto V was a fantastic send-off for the last generation of consoles, a game that showed exactly what the PS3 and Xbox 360 were capable of -- but with the added power of the new consoles it’s even better. Los Santos is more vibrant, the gameplay more fluid, and thanks to the new first person mode you can experience the game from a whole new perspective. 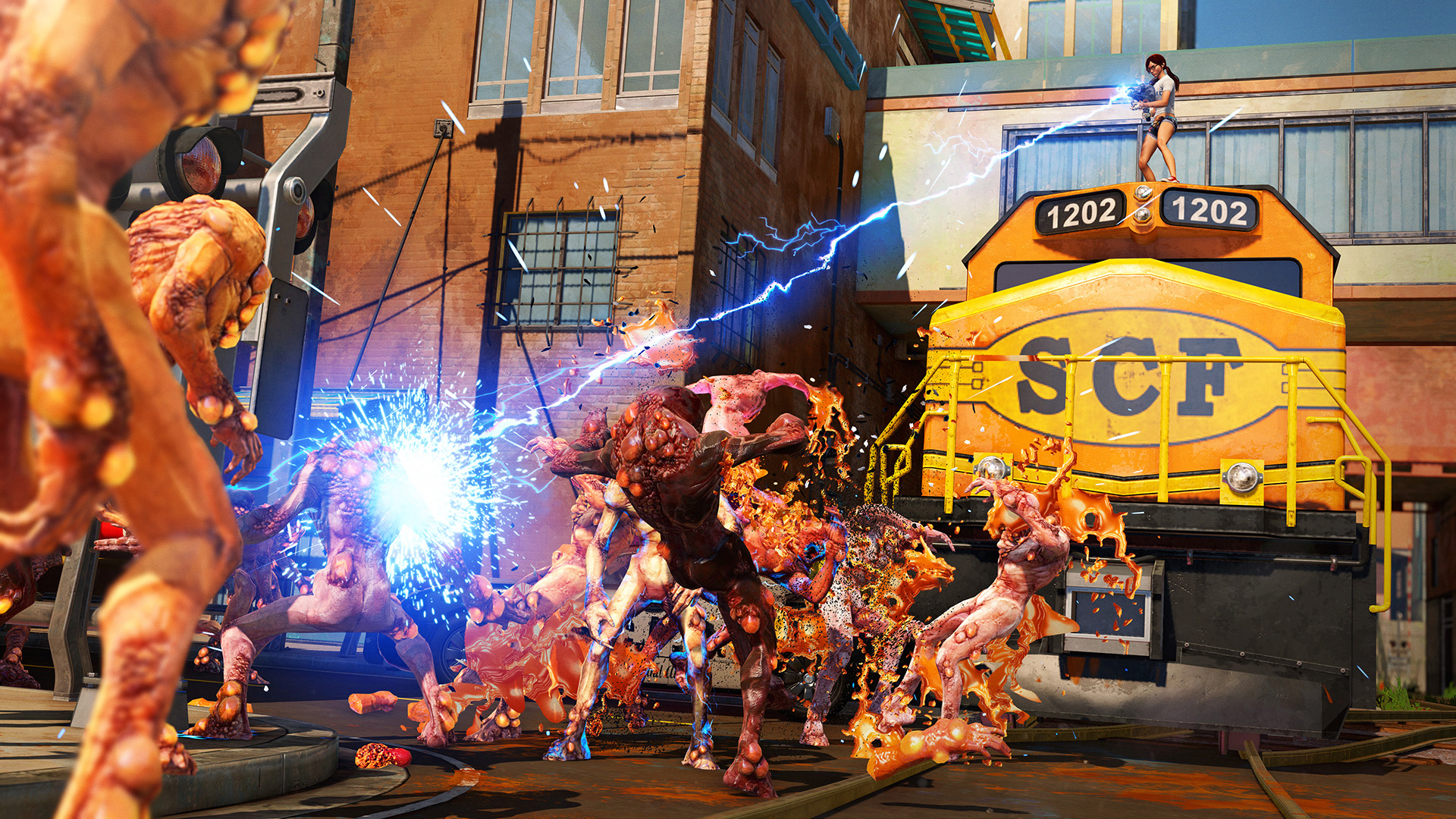 Blockbuster games often take themselves far too seriously, masquerading as deep dramas when really they’re all about action and mayhem. Sunset Overdrive, on the other hand, revels in the fact that it’s a game, offering up a zany, insanely fun open-world adventure unlike anything else out there. 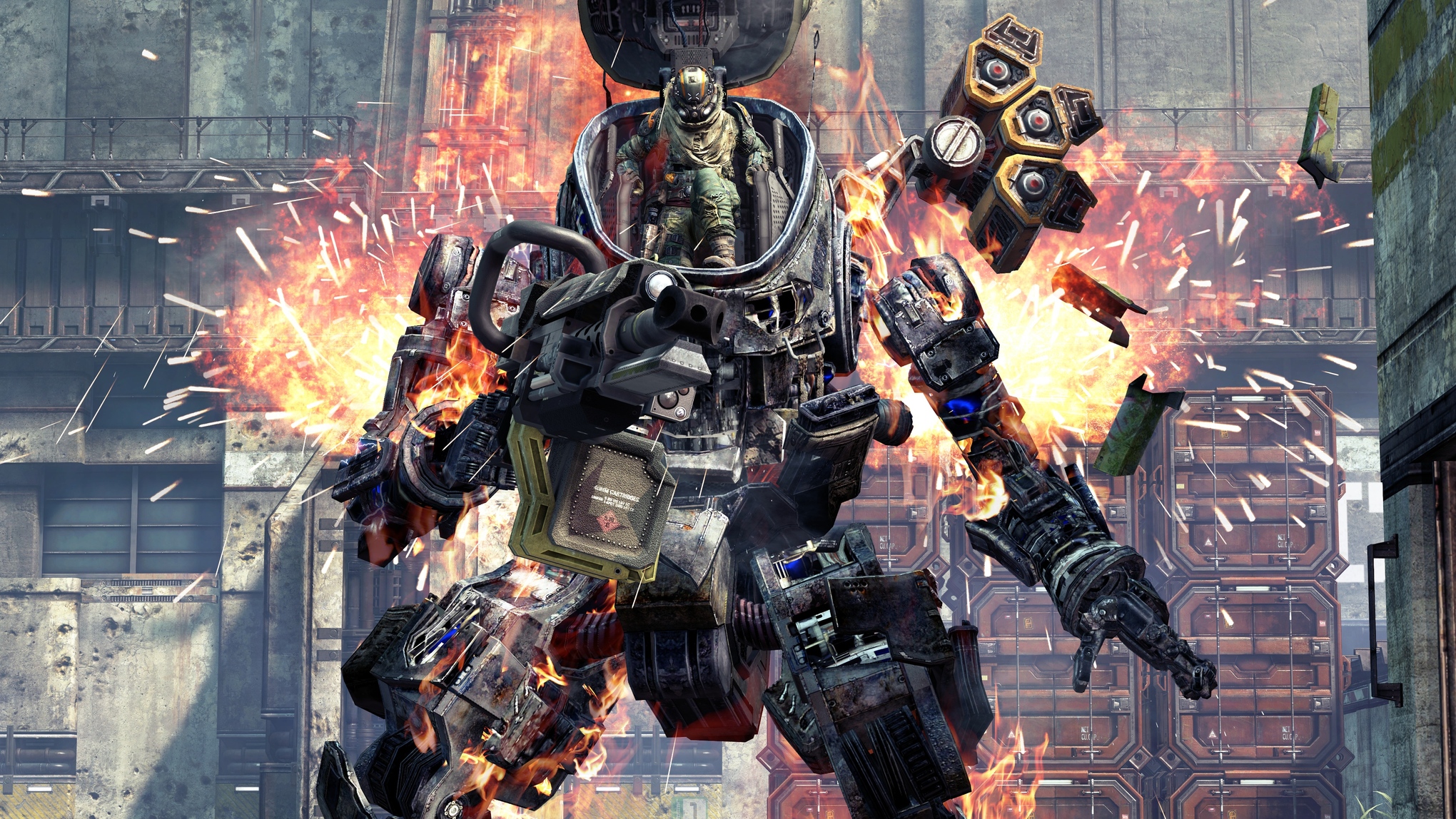 Online shooters can be harsh, unwelcoming places; if you’re not an expert you’ll usually find yourself dying constantly. And that’s what makes Titanfall so special. It’s a multiplayer-only shooter that just about anyone can have fun with, thanks to the incredibly fast movement and, most importantly, the fact that you can pilot a giant robot suit. 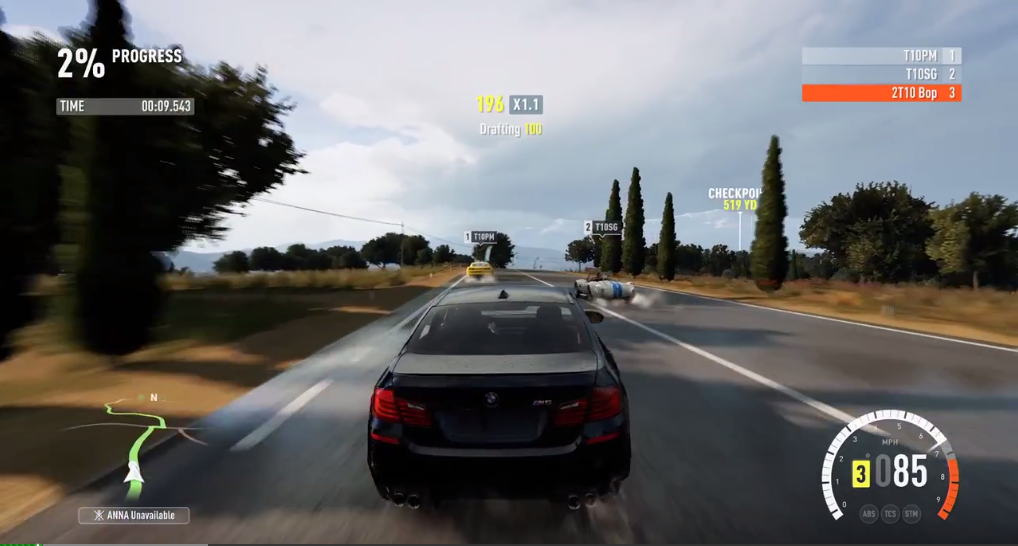 The Xbox One is barely a year old, and it already has two Forza games, so picking just one can be tricky. But thanks to features like off-road racing and dynamic weather, the newer Horizon 2 is the best pick for all your late-night racing needs. 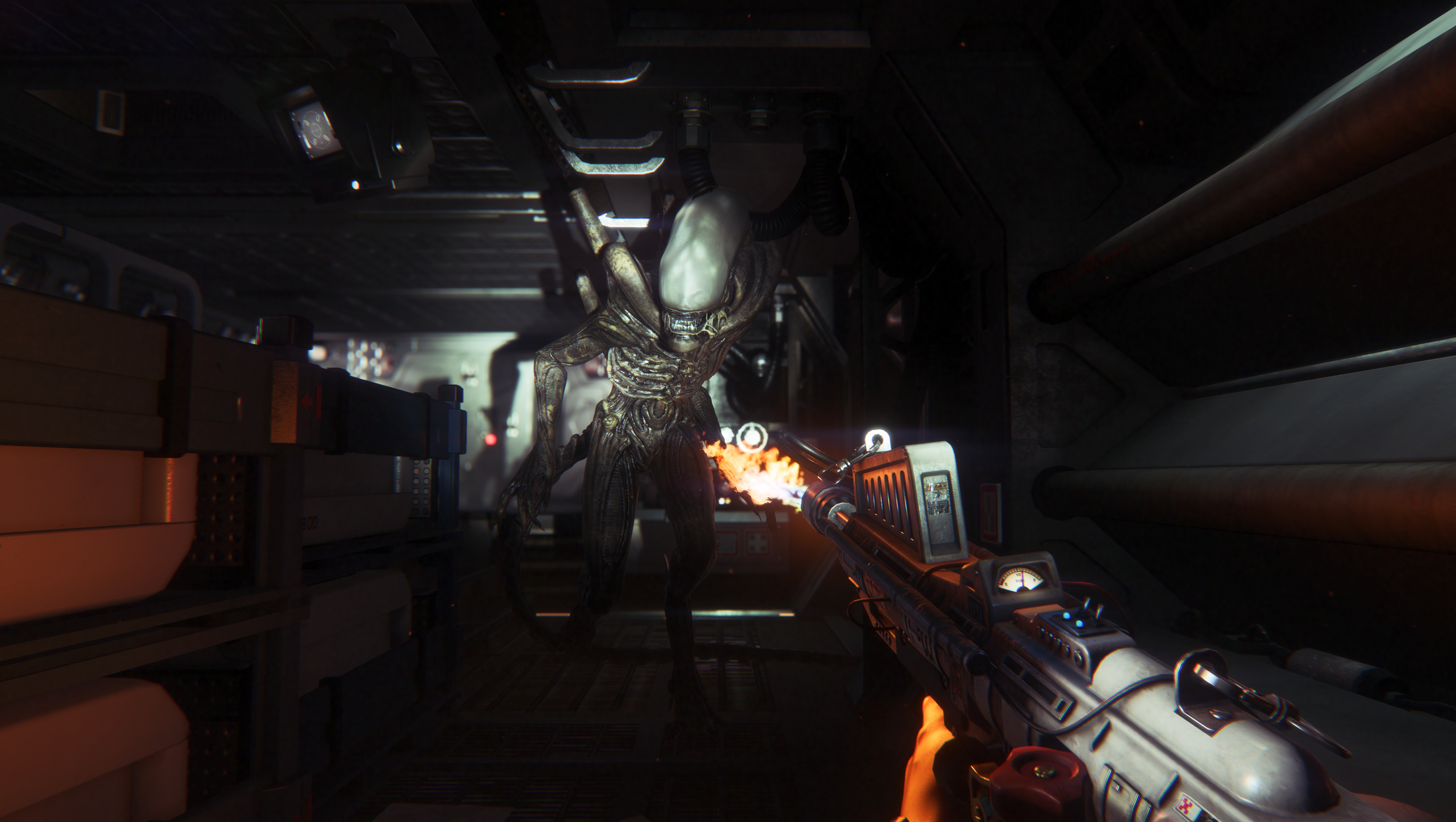 There’s almost nothing scarier than being stalked by a giant xenomorph with no way to defend yourself, and Alien: Isolation is a game where that’s almost all you’ll be doing. It slavishly recreates the style of the 1979 classic Alien, and while it’s too long and has a bit too much filler, it’s still the best Alien game ever made. 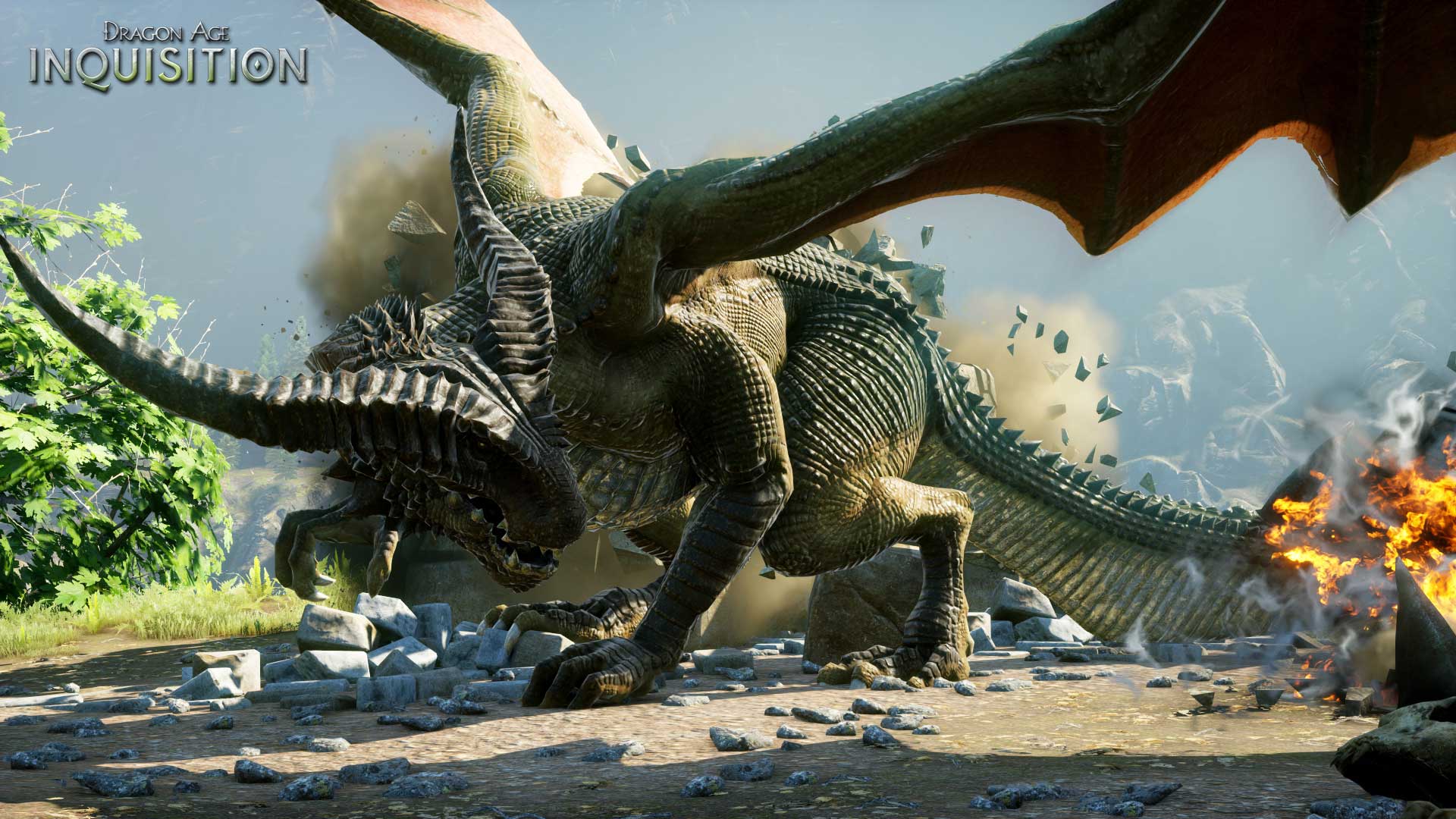 An expansive fantasy RPG that's incredibly accessible, Dragon Age: Inquisition is easy to recommend for virtually anyone. It's a game whose mythos feels enriching, not daunting. The choices you make truly feel impactful to the world. Just make sure you actually have a few dozen hours to spare. 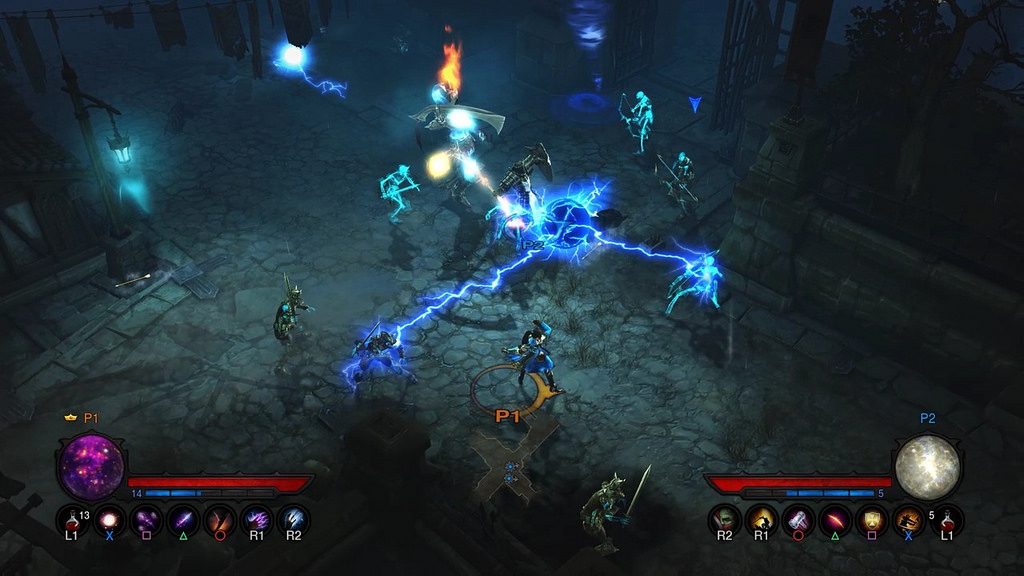 The absolute best version of Blizzard’s classic hack-n-slash dungeon crawler. On the PlayStation 4, Diablo III at a gorgeous 60 frames per second. Co-op is smartly fine-tuned for people to hop in and out, be it online or on the couch next to you. And trust us, it's best with a controller. 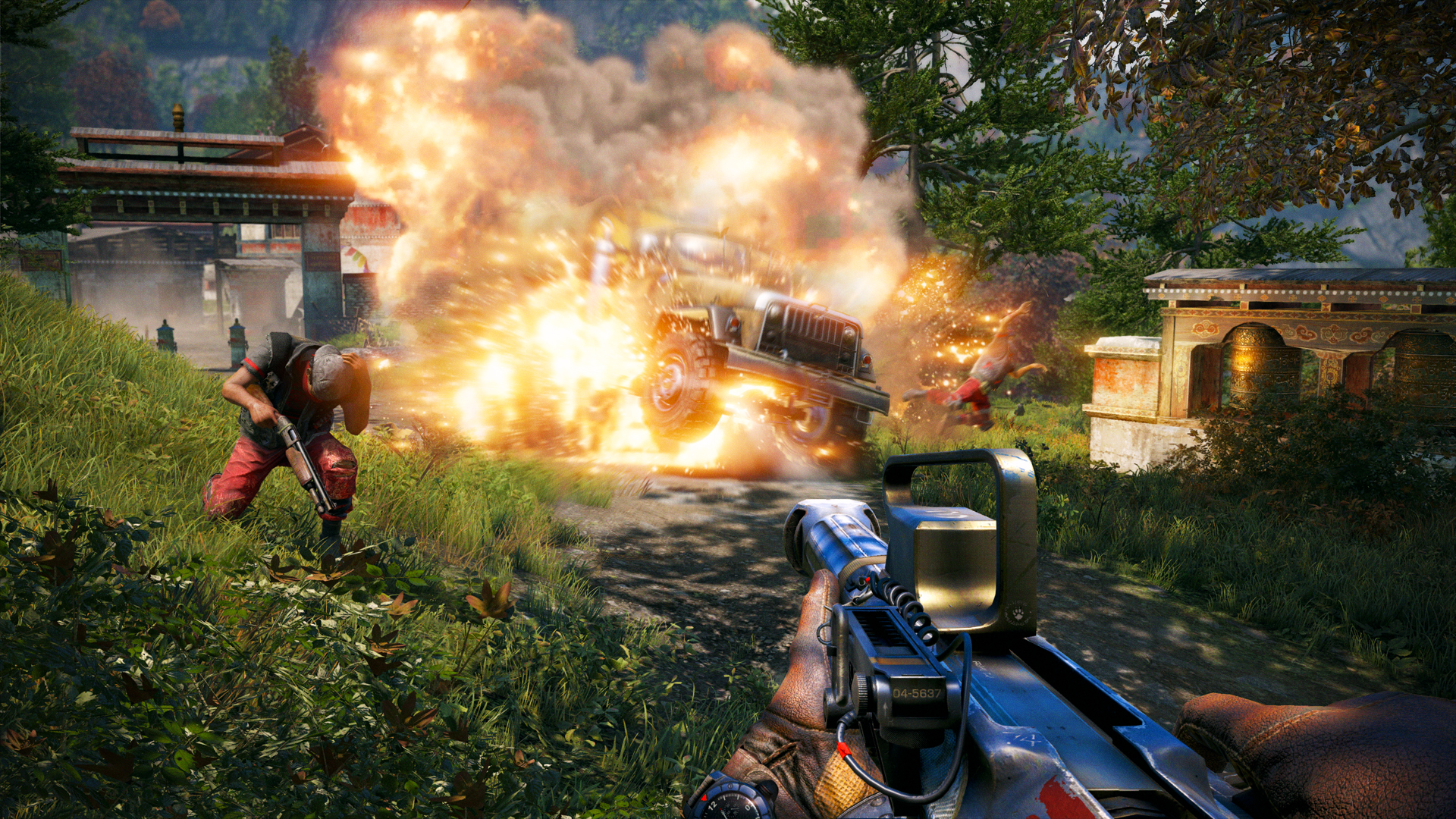 Set in a fictional world devoid of meta-controversy, Far Cry 4 asks of you one thing: kill lots of people. Okay, that's maybe a bit unfair. Far Cry 4 is set in incredibly gorgeous and rich world where you could spend hours base-jumping, hang-gliding, jet-skiing, and just generally taking in the scenery. When it does come to the killing, you have two choices: quietly assassinate and hide bodies or make everything explode. Both options are fun. 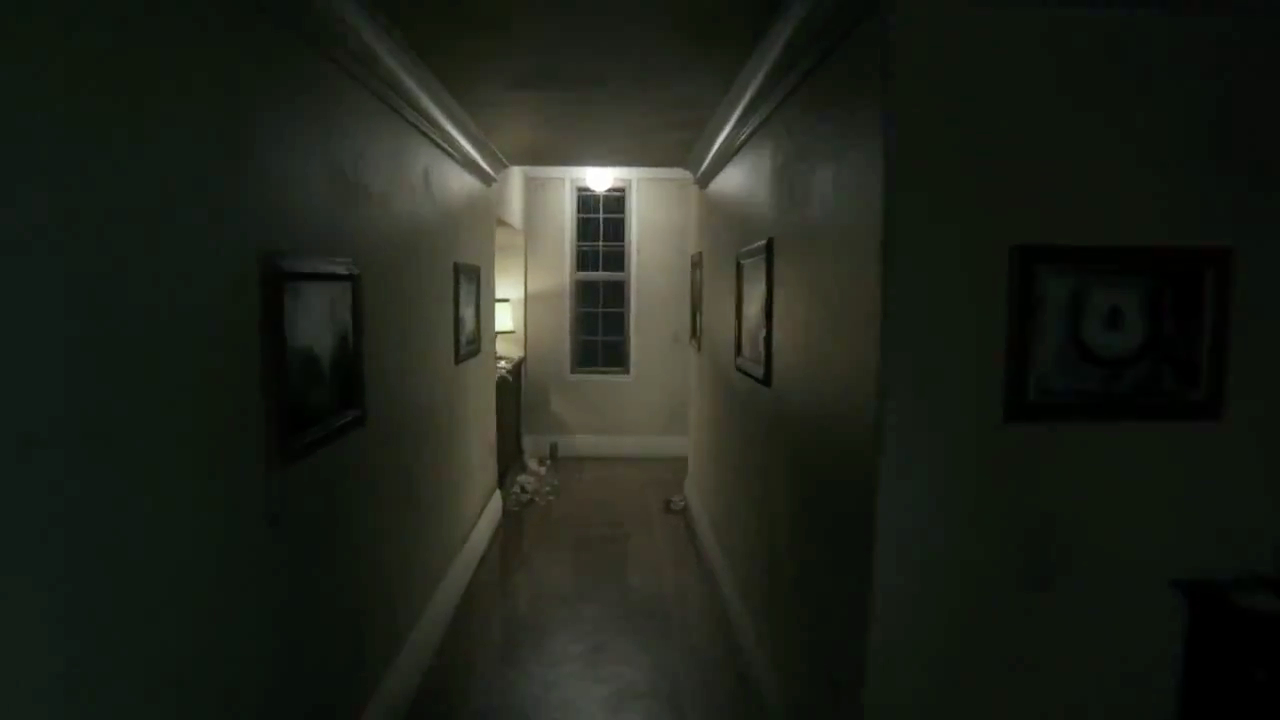 Play this with the lights off. Though technically a trailer for next year’s Silent Hills, P.T. — shorthand for "playable teaser" — is one of the scariest experiences you can have on a next-gen console. A collaboration between Hideo Kojima and horror mastermind Guillermo del Toro, the experience keeps the tension palpable as you try to anticipate the next big scare, strengthened by an impressive attention to detail in a small house that changes as you play. The weirdest part? To this day, no one is sure how exactly you solve the final puzzle. Be prepared to literally scream. 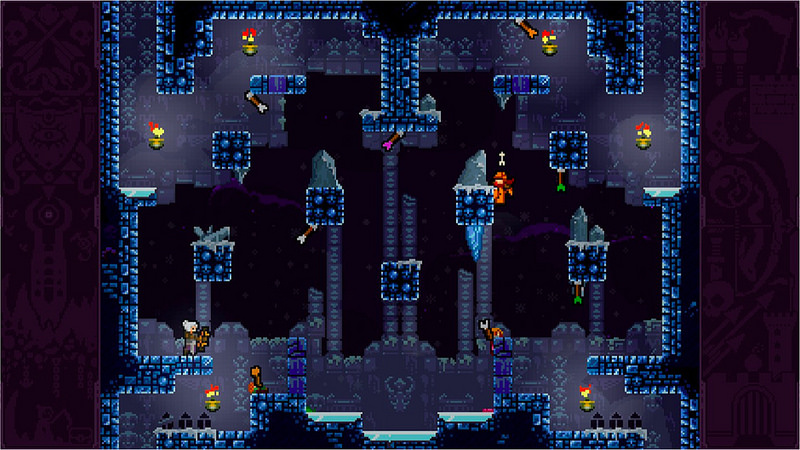 Statistically-speaking, there's a pretty good chance you never played the Ouya's best game. Here’s your chance to fix that. Towerfall: Ascension is a 2D pixelated arena "shooter," in the sense that you shoot arrows at demons and other players. It's not Smash Bros., but it'll probably affect your friendships the same way. 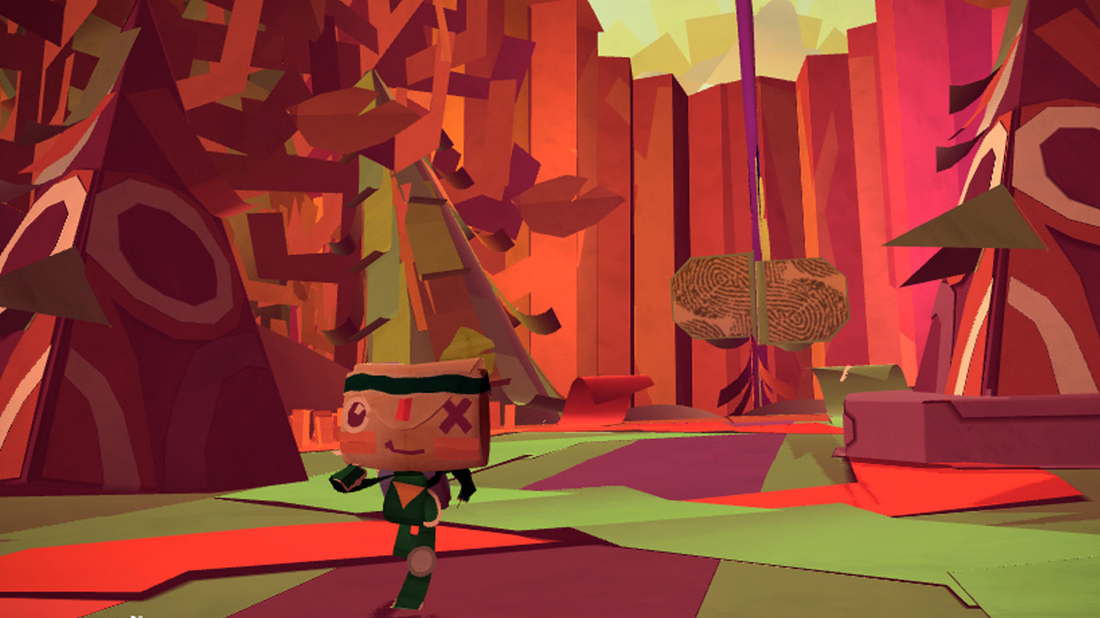 We could all use a little more whimsy in our lives, and Tearaway is the most whimsical experience you're bound to find. From the creators of LittleBigPlanet, the platform game thrusts you into a world made of paper, where something as simple as a stream of running water is a thing of wonder. 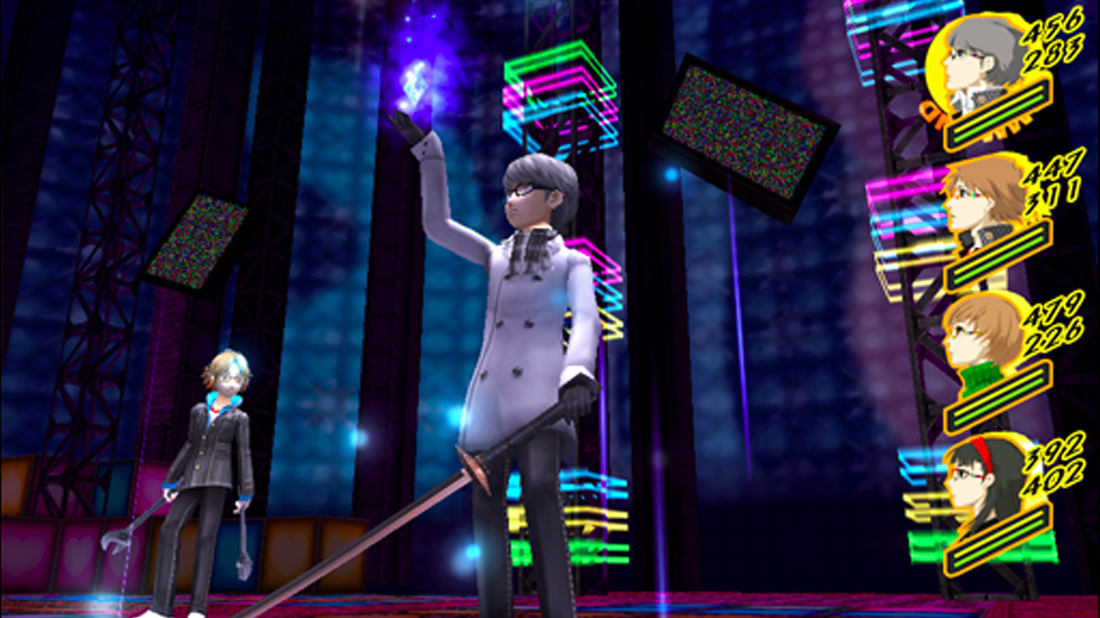 High school is tough, and so is investigating a series of mysterious and grisly murders. Persona 4 Golden manages to combine these two seemingly disparate activities into a seamless game, one that forces you to choose between doing homework and fighting demons. 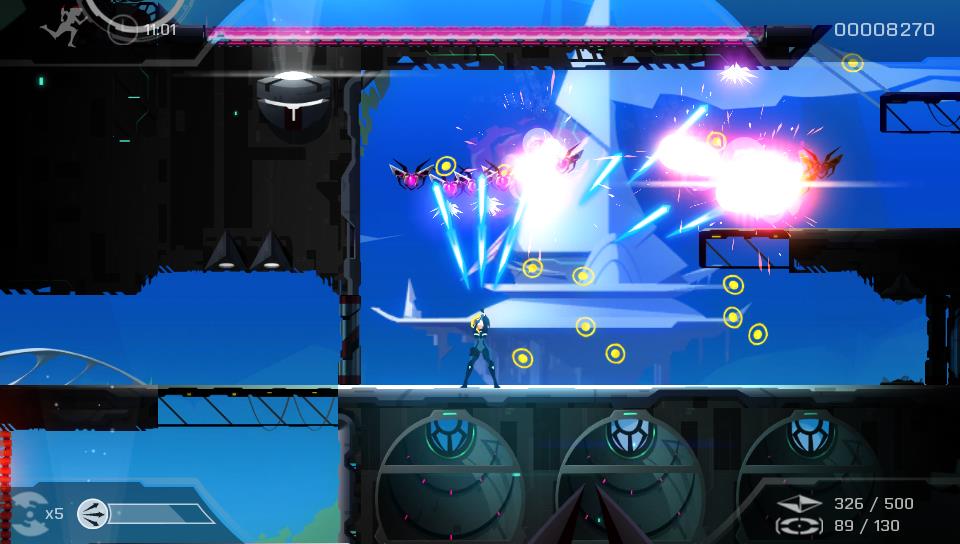 Velocity Ultra was a classic in its own right — a top-down space shooter that makes teleporting around the screen as important as blasting and bombing aliens. Not only does Velocity 2X refine that experience (with 50 all-new levels), it adds an entirely new gameplay mechanic where you actually get out of the ship and star zapping aliens on foot as the camera switches to side-scrolling. The whole thing feels very connected, very frenetic, and very trippy. 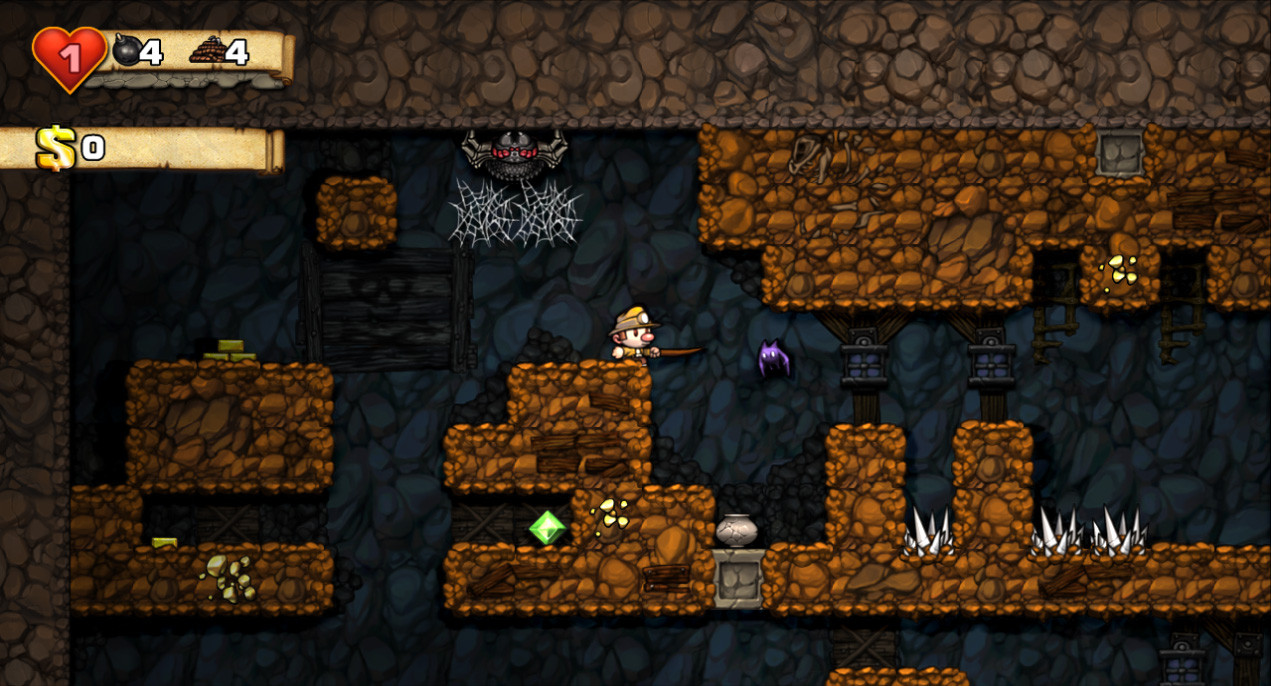 It’s hard to explain how addictive Spelunky can be without playing it for yourself, but here’s the general idea: armed with bombs and rope, you traverses through randomly-generated levels seeking treasure, damsels, and crazy tools. If you die, you start from the beginning. The first time you die, it'll probably be spikes. Next time it'll be a booby trap. The time after that? A ghost that punishes you for lingering too long. It takes about 10 deaths before you learn to appreciate the disarming complexity of this game, and at that point, you're already hooked. 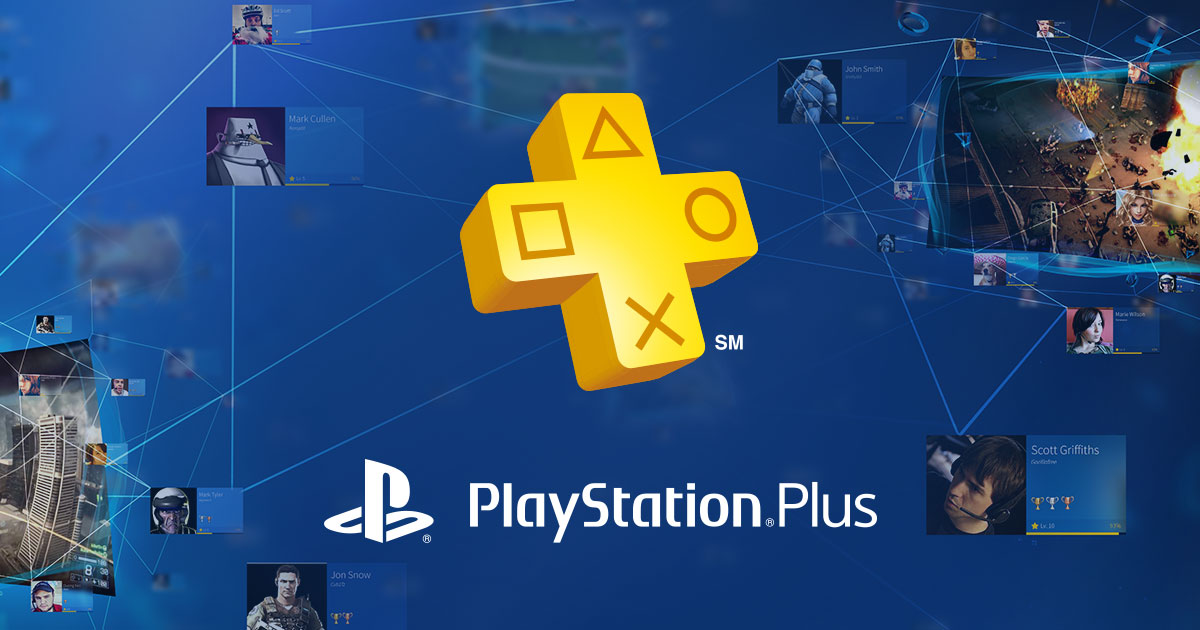 Though not technically a game, PlayStation Plus is a must-buy for Vita owners. For $50 a year, you get multiple free games every month and nice discounts on other premium titles. In 2014 alone, Plus members got over 30 free PS Vita titles, including some big ones like Spelunky, Fez, and The Binding of Isaac: Rebirth. We don't know what games Sony will offer next year, but it's a safe bet you'll get your money's worth — especially if you own a PS3 or PS4, which also get free and discounted titles every month. 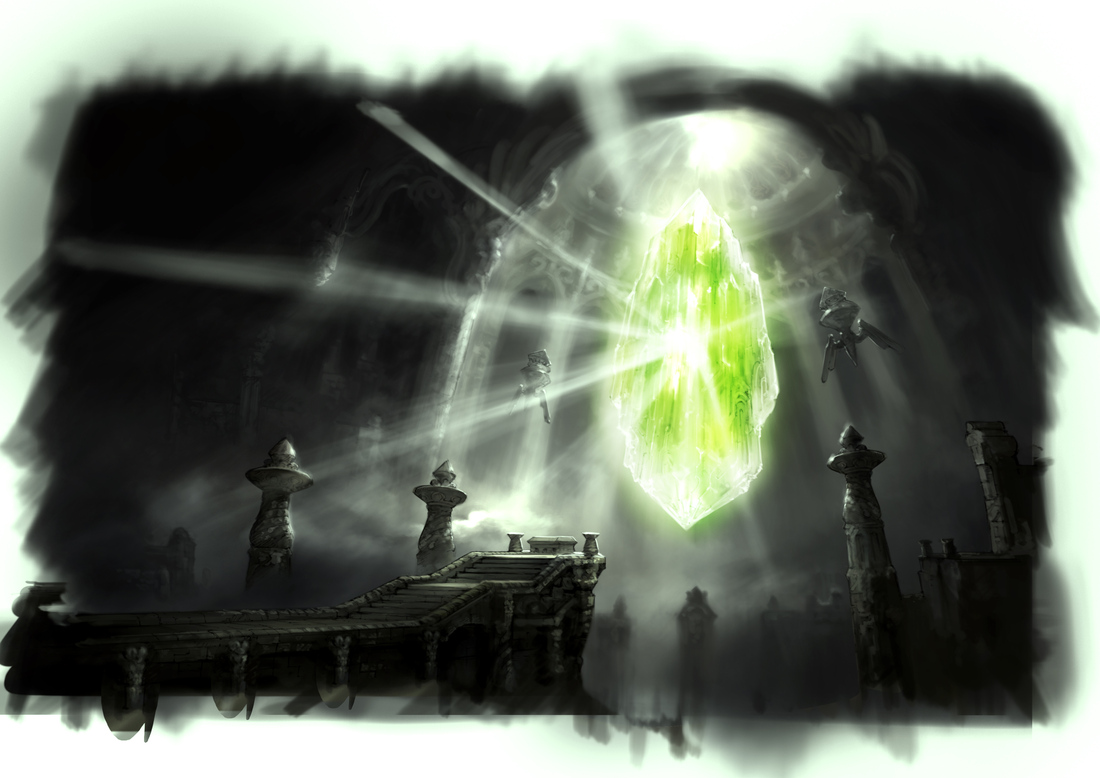 Classic, turn-based RPGs are dying out on consoles, but they’re an excellent fit for a portable device: grinding through a dungeon makes any commute more fun. Despite its weird name, Bravely Default looks and plays like a classic Final Fantasy game, but with a new battle system that makes all of those random encounters feel fresh again. 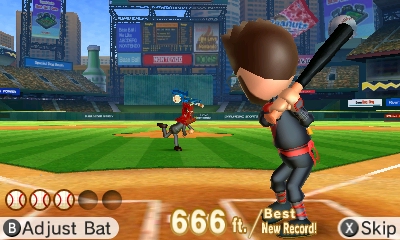 Leave it to Nintendo to make the most lovable free-to-play game around. Rusty's Real Deal Baseball is essentially a collection of short baseball-themed arcade games, but it’s also a haggling simulator, where you spend real-world money to unlock new games. It not only turns in-app purchases into a game, but is perhaps the best example of freemium you’ll come across. 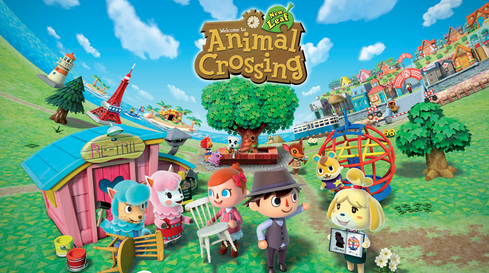 Whereas most games are about action and competition, Animal Crossing simply lets you live your life in a village of animals, where you’ll spend time going fishing, growing fruit, and collecting fossils. And with New Leaf's added online functionality, living the simple life with some friends has never been easier. 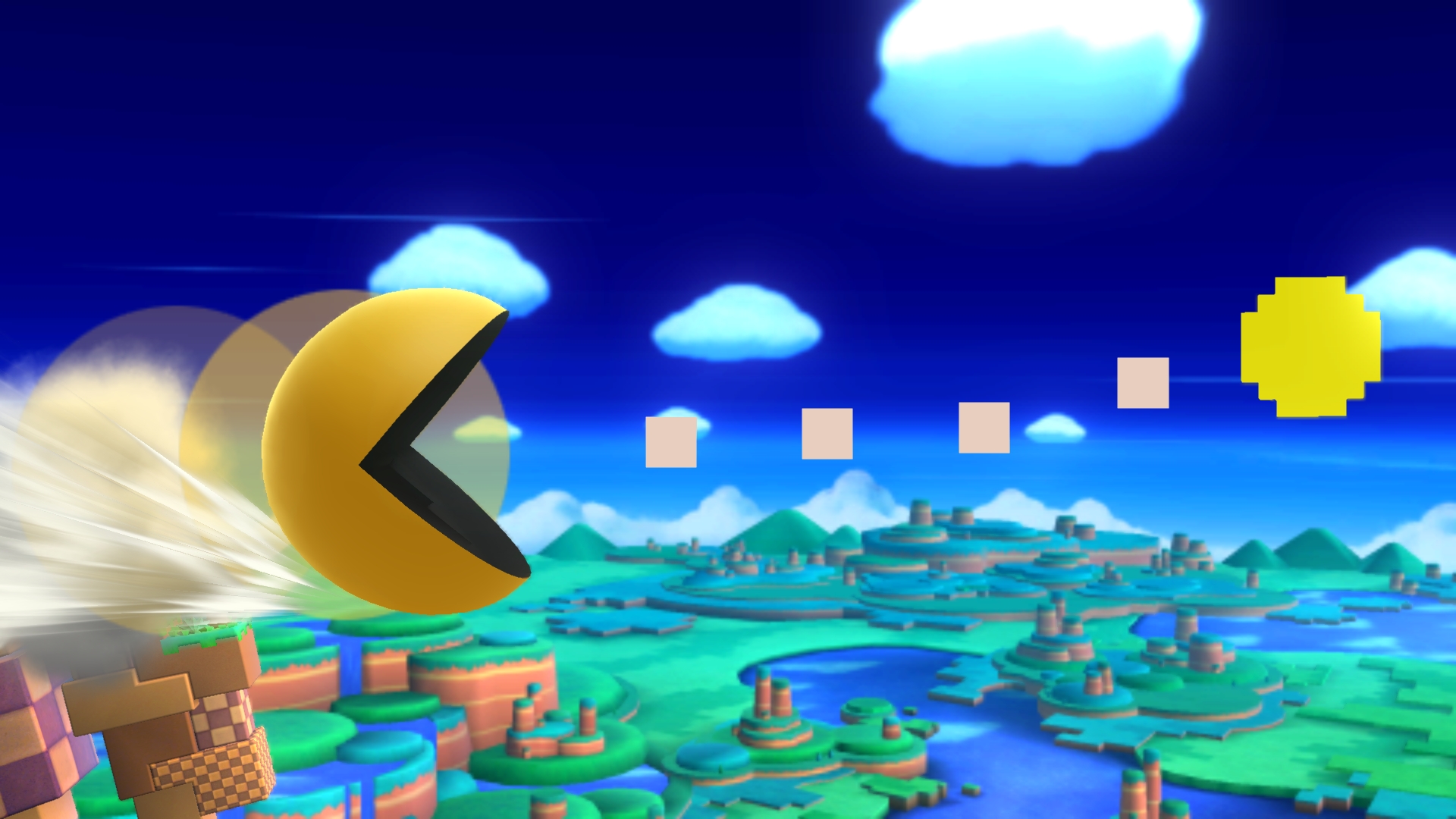 Smash Bros. has always been about crowding around a TV with your friends and beating the crap out of each other -- but it turns out it’s also pretty great on a handheld. The series’ portable debut has everything you’d expect, from frantic gameplay to a huge cast of characters, it’s just in a smaller package. And as an added bonus, if you own the Wii U version, you can share some progress between the two. 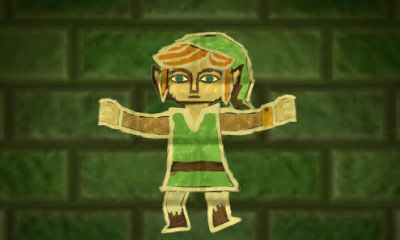 The Legend of Zelda: A Link Between Worlds

The Zelda series has lost some of its lustre over the years, but A Link Between Worlds will remind you why you fell in love with Link’s adventures in the first place. Few games instill such a sense of adventure, making this a fitting sequel to the SNES classic A Link to the Past.