Growing up gamer: should your child play classic games?

Growing up gamer: should your child play classic games?

When Owen Goss was young, he and his brother would often head up to the local public library to borrow some of the classics — but not of the literary variety. Instead, the two would take the opportunity to check out older films, the kinds starring the likes of Fred Astaire and Ginger Rogers. "Growing up watching those classic movies helped me to understand the path that film had taken to the present day," he says. Goss' career has since taken him into the world of game development, where he's crafted titles aimed at younger players like mobile hit Baby's Musical Hands. But he's now also a parent, with a one-year-old and three-year-old running around the house, and he's hoping to do something similar to introduce them to the games he loved growing up.

"When they're old enough," Goss explains, "I'd like to introduce them to games that made a big impact on me then as a child and as a player, and now as a designer."

"I want them to understand how this medium has evolved over time."

Video game preservation is a topic that comes up quite a bit. As games like Super Mario Bros. and Spacewar! age, how do we keep them alive? Institutes like the Smithsonian and Museum of the Moving Image have tried to solve this problem with exhibits outlining the history of modern gaming, while hardcore enthusiasts have attempted to archive the libraries of classic game consoles. The Internet Archive even lets you play classic Atari games and other retro software in a browser. But even with these efforts, there's a fundamental issue with the concept of video game preservation: even if you manage to make these games playable, the harder task might be keeping them relevant in a world dominated by Minecraft and Angry Birds. And the answer might just be parents.

Goss, for one, cites a large lineup of experiences he'd like to share with his children once they're old enough to pick up a controller — everything from text adventure Zork to strategy games like Sim City and Civilization. Even NHL '94 is on his list. "They may not like them," he admits, "or appreciate them as much as modern games, but I want them to understand how this medium has evolved over time. And I hope that it would help them to understand a little bit of how I started my own journey with games." 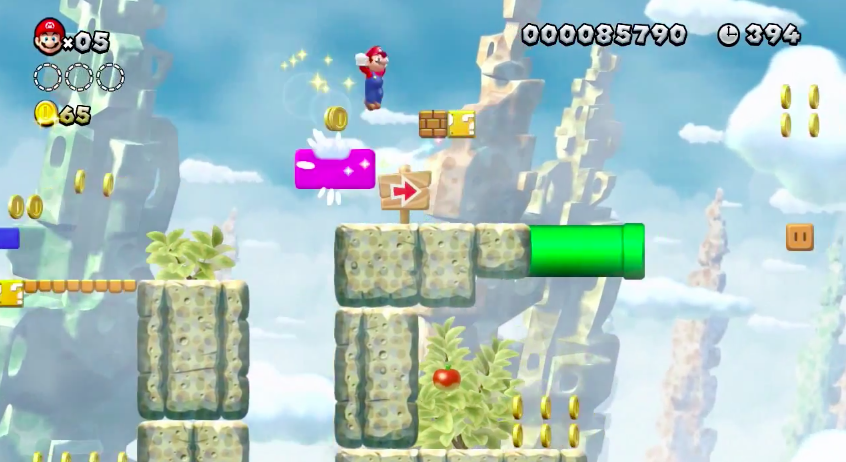 And some parents are finding that, just because a game is old doesn't mean their kids won't be interested. "When I show my daughter A Link to the Past, she's riveted," says Gamezebo editor-in-chief Jim Squires. "A few months ago we sat in the basement of our local comics shop and played the TMNT arcade cabinet from beginning to end." Just as Goss and his brother found a greater appreciation for film from watching the classics, the same could happen for kids playing modern classic like Super Mario 3D World and The Legend of Zelda: A Link Between Worlds.

Of course, not everyone grows up with a game designer or journalist teaching them about the history of the medium. "Discoverability is a problem for any game," says Squires, "let alone one that's been sitting on a shelf for 30 years." Companies like Sony and Nintendo have made much of their back catalogs readily available to download through services like the PlayStation Store and Wii Virtual Console, but just because they're there doesn't mean kids will play them. Getting children interested in even trying a 2D platform game involves a bit more work.

"Discoverability is a problem for any game, let alone one that's been sitting on a shelf for 30 years."

In some cases, simply repackaging classic gameplay with a modern presentation is enough. "My daughters were much more interested in Super Mario Bros. 3 after playing the reinvented New Super Mario Bros. for the Wii," explains Squires. Nintendo, in particular, seems most interested in keeping classics alive in different forms, whether it's through brand new games like NSMB, remakes like The Legend of Zelda: The Wind Waker HD, or even experiments like NES Remix, a Wii U title that takes retro NES games and turns them into challenging new minigames. According to Squires, NES Remix already has his six- and nine-year-old girls "desperate" to check out the original versions of games like Excitebike and Donkey Kong Jr.

However you get younger players interested in classic games, it's clear that there's more to preserving the medium than just keeping old cartridges in working order. The games are only really alive if someone is still playing them, and parents who grew up with games are a key part of ensuring this part of our culture isn't forgotten. And for the truly great experiences, it's less challenging than it might seem.

"To her these aren't classics that need to be preserved," Squires says of his daughter's love for Zelda and Ninja Turtles. "They're just good games."