Play classic video games in style with OpenEmu for Mac

Share All sharing options for: Play classic video games in style with OpenEmu for Mac

The world has no shortage of video game emulators, but many can be painful to use — many reflect their hacker origins with equally hacky interfaces, and you'd need a vast collection of different emulators to properly relive your childhood. By contrast, OpenEmu is a breath of fresh air. Released this week only for Mac, the new emulator lets you drag and drop games from any of twelve different classic video game systems right into its interface, navigate using their cover art, and even hook up a wide variety of game controllers to play them with a minimum of fuss and bother.

Twelve systems, and more to come

Presently, the attractive interface supports games for a healthy number of classic consoles, including the NES, SNES, Genesis, Sega 32X, Sega Master System, and TurboGrafx-16. Portables are represented too: the Game Boy, Game Boy Advance, Nintendo DS, Game Gear, NeoGeo Pocket and even the Virtual Boy are playable. The DS still needs some work — you can't rotate the screens for vertically oriented games like Rhythm Heaven and Ninja Gaiden: Dragon Sword — but you can use your mouse or trackpad to emulate rudimentary stylus input. 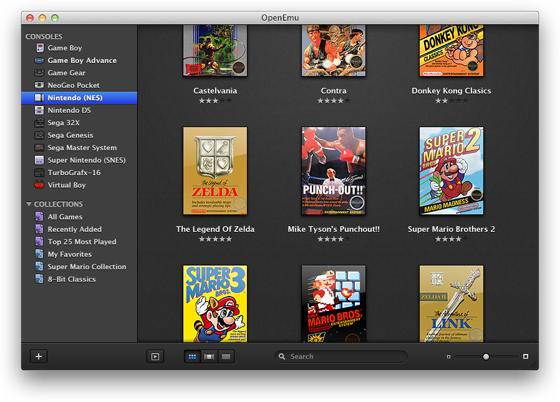 You won't find any more recent consoles or arcade machines yet, but OpenEmu's developers say it's only a matter of time: the PlayStation, Nintendo 64, Atari 2600, and even the PSP should be added in future updates.

For now, the best part is just how easy it is to hook up your existing game controllers to a MacBook and get that console feel on the road. Hook up a Wii Remote or DualShock 3 over Bluetooth, or plug in a PS4 controller with a Micro USB charging cable, and you're good to go. There's no need for dedicated PC game controllers, and you can even download a third-party driver to get your Xbox 360 gamepads working. 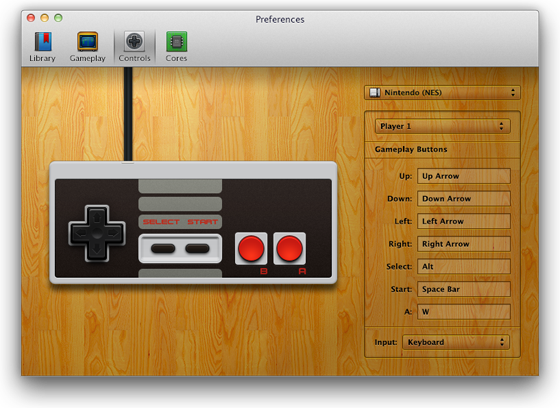 It's probably worth noting that the OpenEmu team didn't write the code that actually lets you play these games: the program uses the "cores" of existing emulators to get the job done. But the result is an elegant, functional interface that's perhaps the most convenient way to get into classic console gaming yet, and one whose open-source nature means that things should only get better in future versions.