Indie game developers warm to Xbox One, but can Microsoft catch Sony?

The PS4's head start might not last for long

Share All sharing options for: Indie game developers warm to Xbox One, but can Microsoft catch Sony?

The best PlayStation 4 game was developed by a small studio in Helsinki. Retro shooter Resogun, from developer Housemarque, is easily the most impressive title in the console's launch lineup, with its addictive gameplay and tight design. But the fact that the PS4's headlining experience is an indie game shouldn't be too surprising: the company has been actively courting smaller developers for some time now. And in the early days after the PS4 and Xbox One were revealed, it seemed clear that Sony's machine would be the place to go for cool indie games. Then, in August, Microsoft revealed its ID@Xbox program, designed specifically to bring these kinds of experiences to the One — and it seems to be working.

While the company has been relatively quiet about the program since then, today Microsoft is announcing an impressive lineup of developers that have signed up, including the likes of Guacamelee developer Drinkbox, Star Wars Pinball creator Zen Studios, and Tim Schafer's Double Fine. "This first wave of developers is just the start," says program director Chris Charla. Microsoft says that it has sent out more than 50 developer kits to studios, with more units being sent out daily, and has reiterated its goal of turning every Xbox One into a dev kit. The news isn't just important for games, but also the console's app ecosystem in general — Microsoft previously told us that ID@Xbox will "have some influence over how we think about apps too."

This newfound enthusiasm stands in stark contrast to the early days of the Xbox One, when many developers initially seemed cool on the console after Microsoft failed to provide many details on how it would support indie games.

"We're going to wait for the actual game announcements before we're even going to consider working with Microsoft," Vlambeer's Rami Ismail told The Verge in May, "considering how bad their reputation amongst most indie developers is." Today, meanwhile, Vlambeer is among those 50 developers Microsoft is courting with dev kits. "They've been active in contacting us," says Ismail, "instead of the other way around. The business aspect of things has been really light and personal. They seemed to have taken the hint that the indie scene talks amongst each other, and treating somebody dishonestly is news that travels far."

"Our problem with Microsoft was that you dealt with a huge corporation."

That personal touch that Microsoft is striving for is a large part of why Sony has been so successful in courting developers, and why new game announcements are so regular for PlayStation platforms. It's rare for a week to go by without the news that another indie darling is heading to the PS4, PS3, Vita, or some combination of the three. Two weeks ago it was revealed that an expanded version of Towerfall, long considered the Ouya's best game, would be making its way to the PS4, for example. Meanwhile, runaway Kickstarter success Hyper Light Drifter, the first game from developer Heart Machine, is coming to both the PS4 and Vita. And those are just some of the most recent examples. The key seems to be that Sony is being proactive, seeking out these games and offering developers the tools to bring them to PlayStation devices.

"Their team is extremely easy to work with," says Heart Machine's Alex Preston, "and they're all enthusiastic about independent games getting support on the Sony platforms." According to Towerfall developer Matt Thorsen, a member of Sony's indie team actually came to his house to play the game on Ouya shortly after it was released. "The idea of bringing it to PS4 gradually took shape over the following months," he says. "Our problem with Microsoft was that you dealt with a huge corporation," adds Ismail, "and our stance on business is that it should be between people." 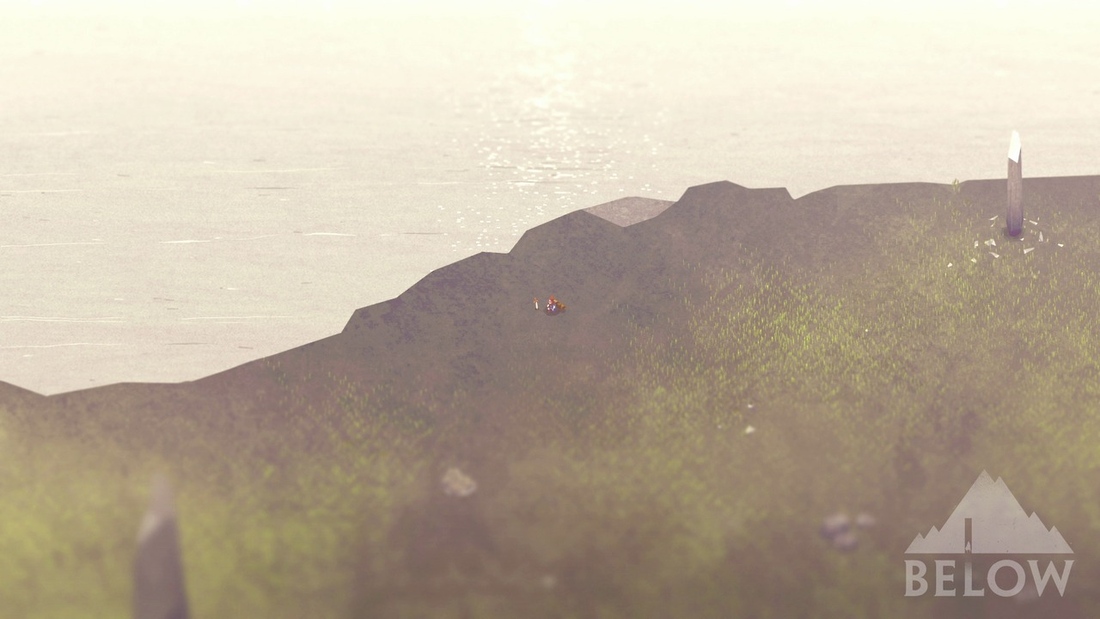 But that negative stance towards Microsoft seems to be changing. Whereas indie studios were initially hesitant about the Xbox One, many now say they're actively considering Microsoft's new console. "They reached out to us shortly after the ID@Xbox program was launched," explains Spry Fox's David Edery. "We've been happy with how that seems to be shaping up so far. It seems like they are trying to keep things as simple as possible for new devs, which is good." The studio's next game, Road Not Taken, will be making its debut on the PS4 and Vita.

"We're working to make the program as accessible as possible."

Microsoft once seemed largely indifferent to the indie scene, despite the pioneering success of Xbox Live Arcade and games like Braid and Castle Crashers, which helped create the market for smaller downloadable experiences on a console. The Xbox 360 infamously forced developers to find a publisher with a history of releasing retail games before they could get their digital titles on the service. Those restrictions have eased up as Microsoft's attitude has changed. The Xbox One now supports self publishing, for instance, something the 360 never did.

"We're working to make the program as accessible as possible," Charla tells The Verge. "There're no fees to apply to the program, or to submit a game for certification, or to submit game updates. We provide two dev kits to registered developers at no cost, and they also have free access to the Xbox One add-on for Unity and special Xbox One-only Unity Pro seat licenses." Indie games will also be featured alongside big-budget AAA games in the Xbox One store, making them easier to find. "We know that game discoverability has been an area of concern for developers in the past," says Charla.

"There's no shortage of indies whose life dream is to release a console game."

However, Microsoft's efforts haven't yet led to many new game announcements. The Xbox One's most notable indie title, Capy Games' intriguing Below, was actually announced prior to the ID@Xbox Program reveal. Today's announcement includes just two new games: Energy Hook from Happion Labs and a new Shoot Many Robots game from Demiurge. Those numbers will only continue to grow, however, as for many indie creators, the lure of a traditional gaming console is too strong. "There's no shortage of indies whose life dream is to release a console game," says Edery. Charla said only that they're "excited about what developers are creating and look forward to sharing more on specific titles soon."

It may be early in the console race, but Microsoft has already ceded quite a bit of ground to Sony — many creators that made their name on Xbox are now moving to PlayStation. Bastion, for example, made its debut on Xbox Live Arcade, but its follow-up, Transistor, is coming to the PS4 first. Jonathan Blow, the creator of Braid, is likewise bringing his next release, The Witness, to Sony's new console. Even the sequel to early XBLA hit N+ is coming to the PlayStation 4. "The personal relationships fostered by the Pub Fund team make us feel like Sony believes in our game and in us," says Mare Sheppard, of N++ developer Metanet. "And that's amazing and humbling and motivating."