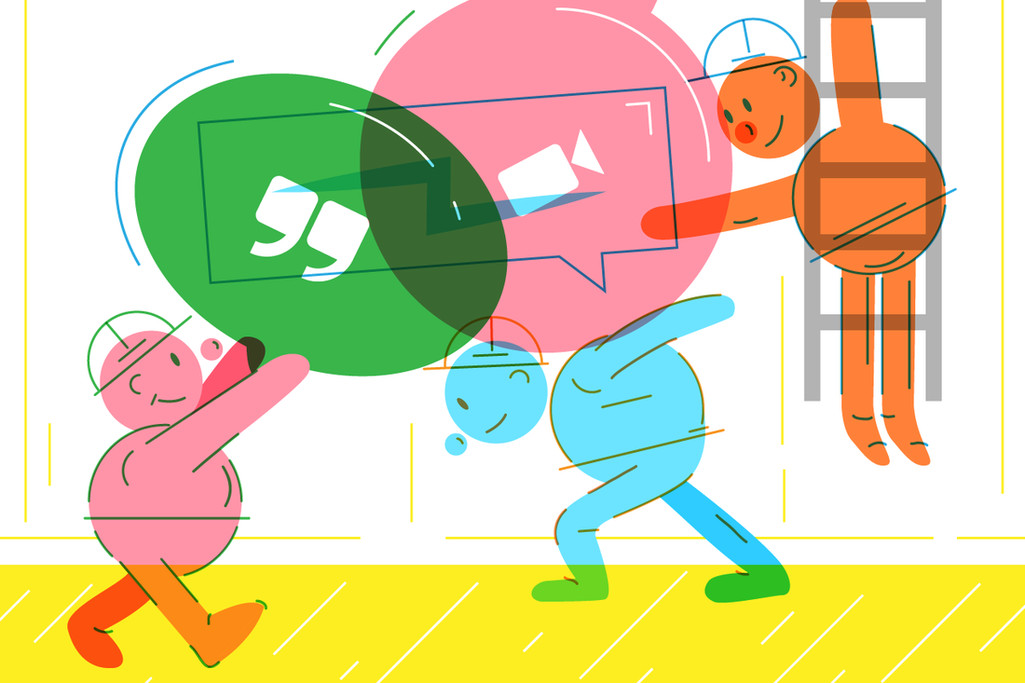 Jeremie Miller almost brought on a golden age of instant messaging. He invented XMPP — often referred to as Jabber — the common language used by many IM apps to talk to to each other. If your friends used AOL Instant Messenger or ICQ or even Yahoo! Messenger, it was possible for a brief period in the mid 2000s to use any app you wanted to talk to friends. Some chat apps let you group all your chats into tabs instead of windows, while others let you add wallpapers to your chats or even skin the entire app’s user interface. Then, as IM on computers gave way to smartphones, it all fell apart.

One big problem was that Jabber wasn’t designed to keep up with devices popping in and out of connectivity. In 2009, WhatsApp began its global conquest on the iPhone using a custom version of Jabber that no other apps could talk to, and now it boasts over 350 million active users. Skype and later iMessage took hold, cementing the new “walled garden” approach for IM apps. Google, once a champion of XMPP, dropped support for it in its latest Hangouts chat app. Now, dozens of closed, insular messaging networks compete for your attention.

Jeremie Miller was not happy. “I don’t call it a communication system if it’s closed. It’s just some black box you drop a message into and somebody might get it on the other side,” he says. After selling his startup Singly, he was ready to get back into the chat game, but this time, with mobile devices at the forefront.

"I don’t call it a communication system if it’s closed."

Miller was just hired as chief scientist at Layer, a San Francisco company that he says could have even bigger implications than Jabber. Layer, in a nutshell, lets any developer add messaging capabilities to their app with 10 lines of code. So, instead of spending months building out servers, encryption, push notifications, voice calls, video calls, offline messages, and syncing as most messaging startups like MessageMe have done, Layer does all the dirty work. And any app built with Layer can talk to other apps using it (assuming each app’s creator allows it). Adding Layer is supposedly as simple as adding a Google Maps view to your restaurants app, or hooking up Stripe for payments.

"We’re embarking on a very long journey," he says. "It’s a life mission for me to make a really good communications system, and you can look at Layer as patron of that."

Layer was co-founded by Ron Palmeri, who was pivotal in the success of GrandCentral (which was acquired by Google and later became Google Voice), and Tomaž Štolfa, founder of Vox.io, a service which let you chat and make voice calls from a web browser without any plug-ins. The company also recently hired George Patterson, the director of operations at OpenDNS — a global infrastructure of servers that handles 50 billion queries per day with a history of 100 percent uptime. And then there’s Layer’s investments from the likes of Jerry Yang, the co-founder of Yahoo. The company has created an all-star team of communications experts with $7.5 million in funding behind them. Yang says, "Given the explosion of mobile messaging applications, Layer is very much the right idea at the right time."

"Layer delivers on the promise of XMPP / Jabber, which was a great idea, but was ahead of its time," says Štolfa, co-founder of Layer. "The problem is on mobile, the tech stack is obsolete." The problem was also that Jabber as a medium didn’t make any money. Federated communication standards like email or Jabber have a history of rare and sometimes contentious updates, so it’s hard to blame WhatsApp and others for creating their own standards. Plus, it’s just not in the interests of WhatsApp or Kik or Viber to let users switch between them at a moment’s notice. Lock-in has become a killer feature.

For the past year, a small team of about 20 rebuilt the "stack" of services that underpin a messaging service. Their mission is two-pronged: to provide a paid infrastructure service for anyone trying to build a messaging app, and also to develop new open standards — as Miller once did — that let users communicate faster and better. 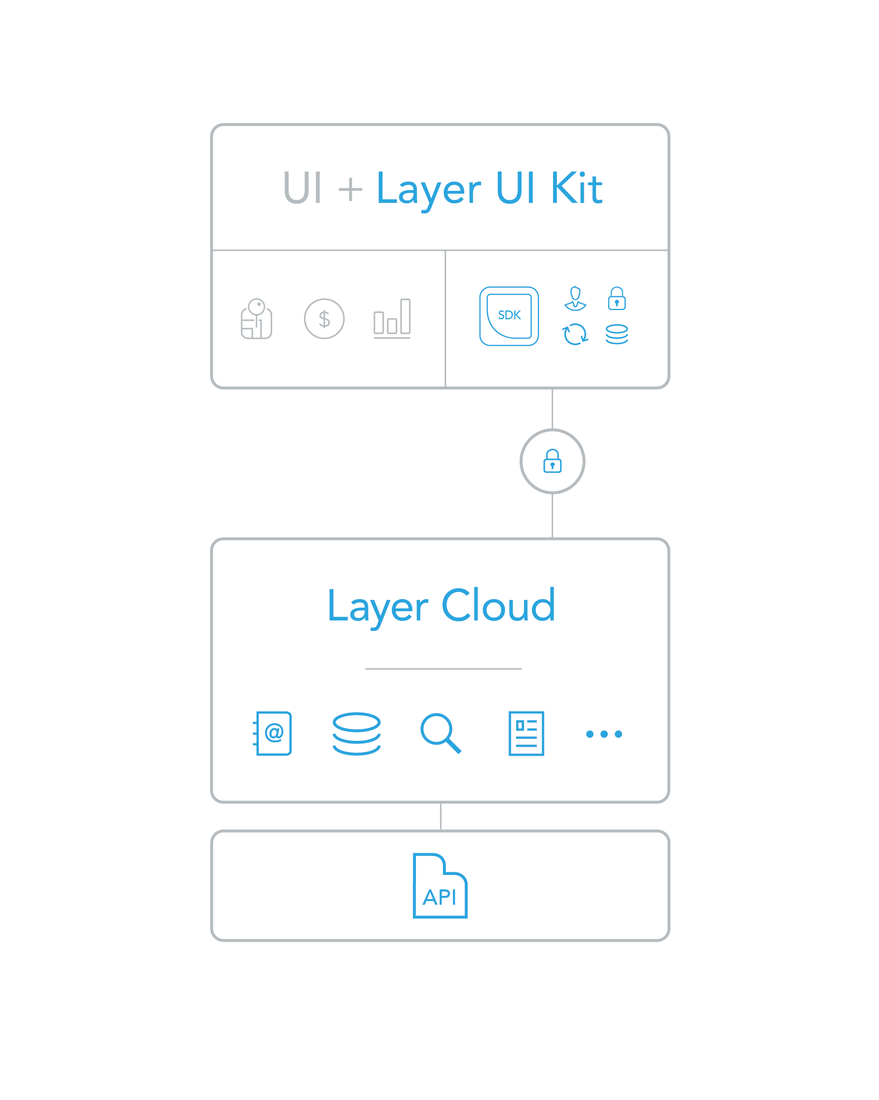 "The iteration cycle will be quicker."

The first part of the plan is akin to Amazon’s Web Services division, which lets startups buy cloud-computing services so they don’t have to build their own — but customized for messaging. Thus, Layer’s business model hinges on the idea that developers would rather buy cheap access to services that would be too costly to build out otherwise. Yet, even companies as large as Dropbox are still relying on Amazon for its web-services needs — something Layer considers proof that providing cheap and reliable services at scale isn’t only useful for small companies.

The second part of Layer’s mission is to develop new protocols for messaging, whether they be new "crypto" methods to keep your messages safe or dynamic routing services to get your message to a recipient faster. Come summer 2014, Layer says it will open source all of the protocols it plans to use to power your messaging apps. The company also plans on providing its SDK for free, including user interface mockups developers can use to get started designing apps. Layers says it will only charge developers once they reach a certain number of users, like many web-services companies, but hasn’t yet set price tiers or a user threshold for its services.

The explicit services Layer will provide at launch are text messaging, photo / video messaging, push notifications, group chat, real-time search, offline messaging, syncing messages across devices, encryption, a unified address book (for your Layer apps), address book de-duplication, and file attachments. Soon after launch, the company also plans to add voice and video calls. Setting aside stickers, a hot commodity in 2013, Layer apps should be at feature parity with industry leaders like WhatsApp, which lets you text friends and send photos for free. "If you have a talented team, you could build a WhatsApp in a weekend," says Štolfa, "and most of that would be focusing on the user interface."

Recently launched startup Inbox, for example, spent three months building out the infrastructure to power its simple photo and text messaging app. "We're finding ourselves rewriting early components of our infrastructure... in some cases delaying innovation on our newest ideas," says Inbox CTO Hani Shabsigh. If Layer had been available, Shabsigh says, Inbox could have spent just a few days building out its back-end and the rest of its time working on creating an addictive user experience. At that point, Shabsigh and co. could have released the app to the world to see if it stuck, and if it didn’t, they could move on to the next thing. "The iteration cycle [will be] quicker," says Štolfa. "Usually you want to get a prototype out there and see how it feels, but the problem is that you need three to six months to even get the prototype out the door."

Layer has thus far only announced a few early partners to test out its SDK — examples meant to illustrate how Layer could be used outside of a conventional "messaging" app. "Layer makes it simple to add something complicated into our product," says Sunrise calendar founder Pierre Valade. One could hypothesize that messaging integration would let you ping meeting attendees inside Sunrise or share photos with fellow concert-goers on WillCall, another early Layer adopter. Ordinarily, these kinds of apps wouldn’t even consider adding messaging since the opportunity cost for doing so is very high. 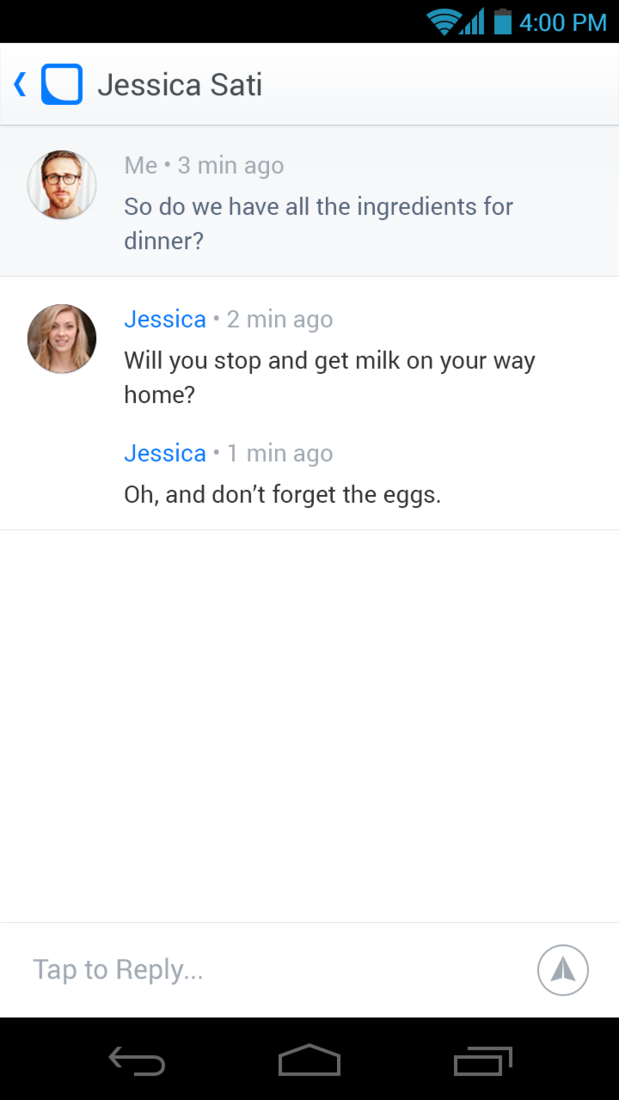 If every messaging app interoperated, the best app might truly have a chance at winning

Yet, lowering the barrier to entry won’t necessarily help your app beat WhatsApp and others — this year, at least. Features have never been the primary differentiator in the messaging wars, after all. What has historically mattered most is which app your friends are using, as indicated by the breakaway success of WhatsApp, which processes a whopping 27 billion messages per day, but isn’t often updated with cutting-edge features. It’s the classic "chicken and egg" problem, of course — a problem Miller hopes to eliminate. With Miller’s model, users can hop between apps at will, since Layer holds a unified address book, and its apps operate on top of one flexible standard. All they need to do is enter their username and password.

"When apps can interoperate — that’s the nirvana," says Layer founder Ron Palmeri. "When some kid at RISD creates an amazing app and some kid in his parent’s basement creates something else, and those two apps can intercommunicate across Layer ... that’s when people’s brains are gonna just melt." In other words, if every messaging app interoperated, the best app might truly have a chance at winning. There would be tons of messaging apps to choose from, but you couldn’t call it fragmentation. In this world, niche apps can still thrive without having to reach 100 million users. "What Layer will do is enable people to experiment," says Štolfa. "Ninety percent [of these apps] may fail, but at least it takes a few weekends instead of a few months."

But doesn’t this mean Layer is in control of your apps? Not exactly. Layer charges for the back-end to power your apps — not the protocols these apps use to talk to each other. Miller and co. plan to test out and tweak the best protocols the web has to offer, and open source their progress. "If Dark Mail comes out with a great spec, we’ll be adopting as much of that as possible," says Miller. "The goal here is to assemble the best pieces … once you have those pieces of protocols and specs and crypto algorithms and key-passing schemes, you can create the best modern package of them — and that’s the SDK you drop into an app."

Messaging is quickly becoming an essential feature for mobile apps, and interoperation could prove to stimulate growth for an entire ecosystem of apps. Yet Miller’s rekindled dream might not come true. Every Layer developer could use the company’s SDK but wall off their app if it’s better for business. Or a company like Google could adopt some of Layer’s open-sourced communication protocols without paying the company a dime. But to Palmeri, open sourcing is necessary. He hopes that by showing users exactly how their messages are being sent, they’ll trust Layer, and this in turn will fuel consumption of its back-end services. If Layer can actually accomplish its heady goals, we might all shave a couple messaging apps off our phones instead of using 20 as many people do today, with one app to talk to each friend.

"We want to be stewards to show how you do modern communication that is a great experience, and that is trustworthy," says Miller. "This is why I did Jabber so many years ago, and why I dropped out of college when the web started — I realized that protocols are the fabric of how everything talks together on the internet, and getting protocols right means you let people share lives with each other."