The daily print edition of The New York Times now has a home of its own on digital devices. A new web app called Today's Paper, released today for tablets and computers, offers solely the articles and sections that go to print every day in an attractive layout similar to the paper's full iPad app in Newsstand.

The web app seems designed for readers who appreciate the benefits offered by digital but miss the experience of reading a definitive daily edition. By limiting itself to content that's selected to go into the paper each day, Today's Paper should appeal to those who feel a bit overwhelmed by the full breadth of The New York Times' reporting. And for purists of the print edition, the app brings the Times' true sections, like the once-weekly "Sunday Styles" and "Science Times," to the fore (the paper's website and traditional apps are split into many generic sections). As a nice touch, users are presented with an image of each day's print edition when they open the app, and select one to download for offline reading. Each section, meanwhile, offers a small glimpse at what the print layout looks like. 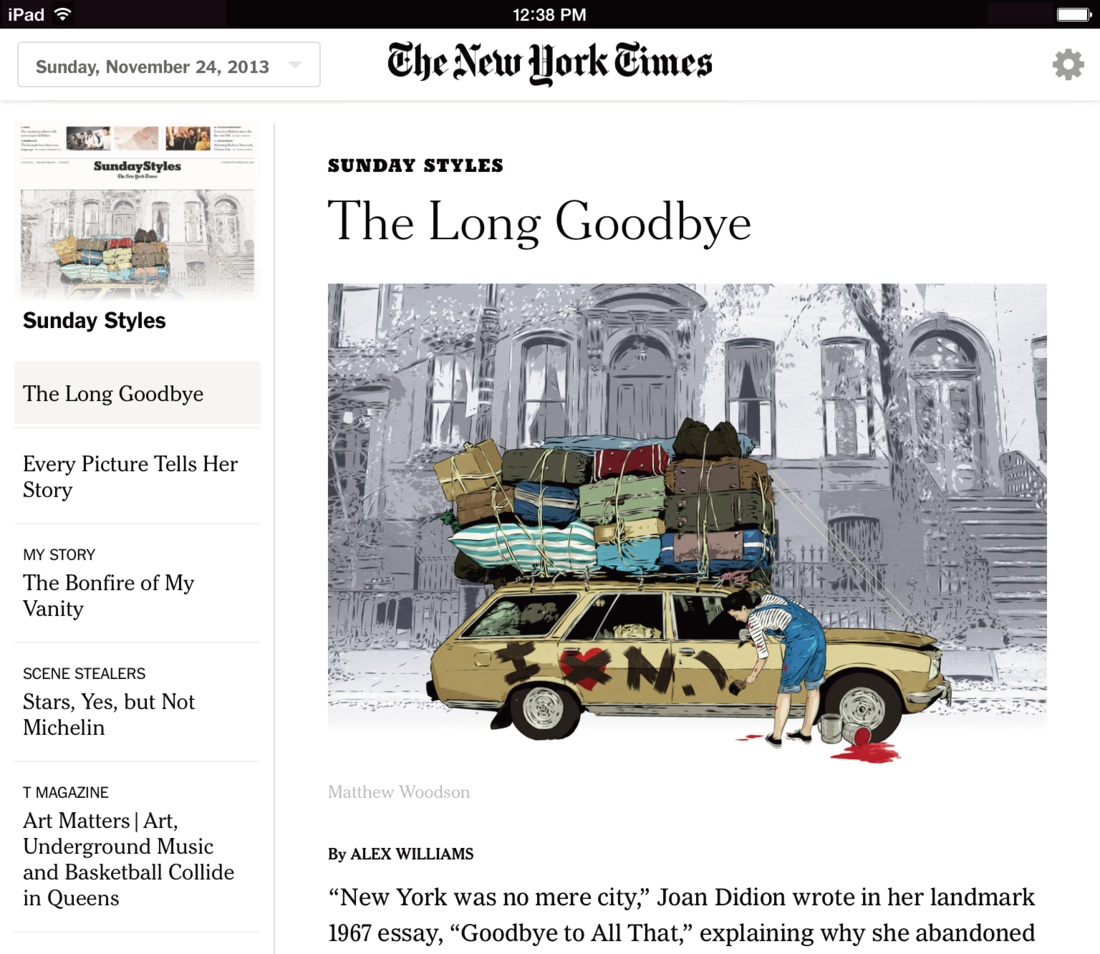 This is far from the first time The New York Times has allowed online readers to see just what was published in the print edition. The website has long included a "Today's Paper" tab along the top that provides a bullet-point list of the headlines that made it to print, though that layout didn't offer a proper browsing experience. The paper's myriad standalone apps, like those for iOS and Android, don't offer any option to view just the day's paper.

The web app does mean readers have a number of options for accessing the Times — especially once the paper's new responsive website launches early next year. The Times' executive director of mobile products, Alexandra Hardiman, tells The Verge that the company doesn't see that as a problem. She says that "part of what makes the ... web app appealing is its simplicity as a stand-alone experience that caters to a particular kind of audience." By limiting Today's Paper to a web app, however, features like background downloads are missing. And those who want both the latest news as well as the print edition have to juggle between two separate apps on their iPads.

Today's Paper replaces a beta web-app that launched last year and provided access to four different views: Today's Paper, a feed of the latest articles, a list of trending stories, and the traditional web view. That other functionality has been removed, and whereas that web app only functioned on iPads, the new Today's Paper web app works "across a range of devices and browsers," according to a representative for the company. The web app loads as a responsive webpage for desktop and tablet browsers, but smartphones are not yet supported. Today's Paper is available now if you'd like to try it out, but you'll need a subscription to access it.