The hacker who revealed George W. Bush's artistic side has returned, and this time he's focused his efforts on Bill Clinton. Guccifer (the pseudonym used by the hacker) reportedly gained access to internal files at the Clinton Library and, after some quick digging, managed to obtain unreleased doodles drawn by 42 during his time in the White House. They weren't exactly well hidden; according to Guccifer, the sketches were inside a folder bearing Clinton's initials. Gawker has since published the contents of "wjcdoodles" for the world to see. Clinton's sketches are no match for the self-portrait painted by his successor, but they still provide a fun peek at his attempts to overcome boredom or pass the time while entrenched in lengthy Oval Office meetings.

As you might expect from a US president, stars and stripes are a popular theme in Clinton's impromptu artwork. But Clinton also got creative at times. During one briefing that dealt with UN sanctions and Slobodan Milošević, he drew something resembling a dragon. Clinton was also apparently inspired when he came across the word "fry" in the memo — a stir fry chef appears directly beside the text. 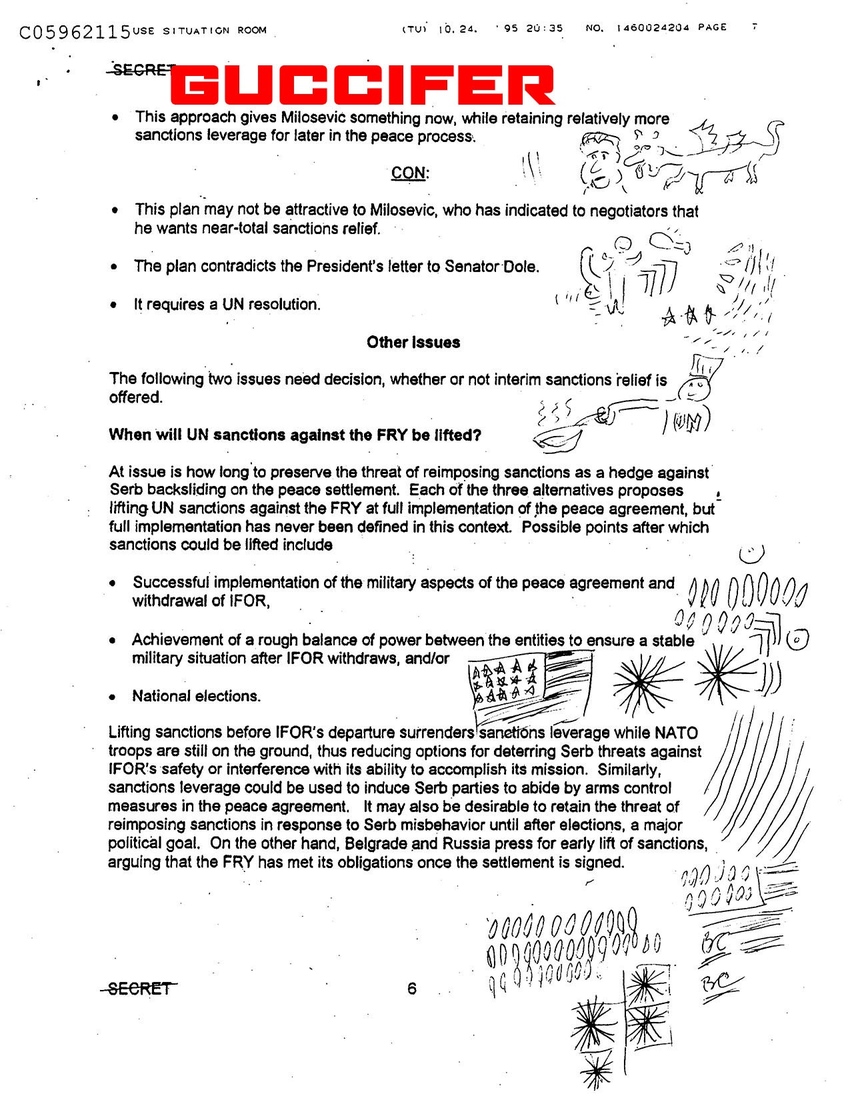 Other doodles are a bit less exciting: they include a limousine, a brick wall with a bare tree behind it, and one-third of a motorcycle sketch. As Gawker notes, the Clinton Foundation has long resisted making these documents public, but we'll have to see if that stance changes now that some have made an abrupt appearance.