San Francisco startup Elepath is on a tear. Founded by Jake Lodwick, the guy behind Vimeo and CollegeHumor, the company recently launched Thinglist, a "want to do" list, and Keezy, a clever beatboxing app for iPhone. Today, it's launching its third product of 2013: Exposure, a subscription web service for sharing photo sets.

Exposure is a lot like Medium, the minimal, highbrow blogging platform created by Twitter co-founder Ev Williams, but for photos — so of course, Exposure creators Luke Beard and Kyle Bragger call their photo sets "narratives." But true to its name, Exposure does shed more light on your photos than a simple photo set on Tumblr or 500px. Exposure's refreshingly WYSIWYG post editor lets you drag and drop photos into your browser, and then add headers and body text above or in between photos. The final results are often exquisite combinations of text narration and photography, since Exposure posts feature full-bleed images and tasteful uses of fonts and white space. 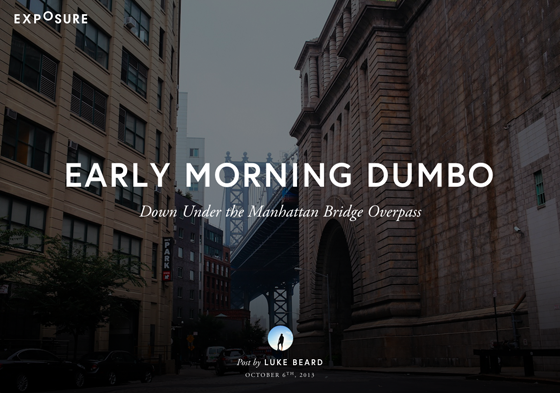 The service is marketed to professional photographers but also to amateurs looking for a place to post photos of their bird-hunting trip, exploration of New York's Highline Park, or Anonymous march. What seemingly makes Exposure so charming — the company has amassed more than 10,000 invite requests in its beta period, many of whom are influential designers — is its commitment to simplicity. Like Medium, Exposure makes your stuff look good, but without the free content model. In other words, Exposure's $9-per-month subscription service promises to host all your photo sets without ever displaying ads or sponsored posts, and gives all photo ownership and copyrights to the user. Signing up and posting three sets is free to try. 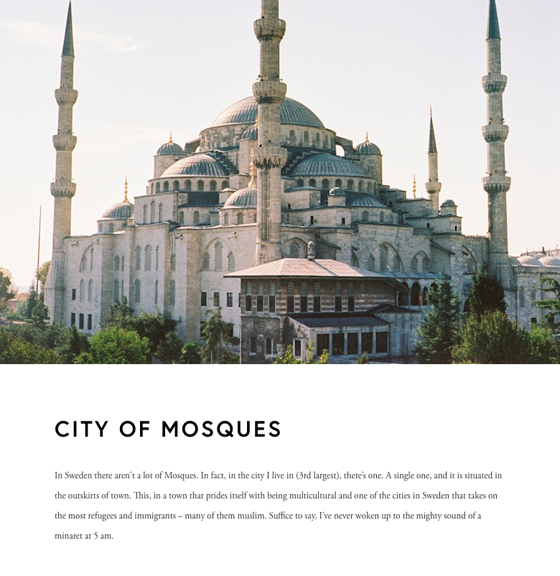 The model is an interesting one, especially for a photo service that doesn't make storage its selling point. Exposure designer Luke Beard is convinced that people want a better place to show off their photos that isn't a blogging site and isn't a full-fledged photo-site builder like Smugmug. "People have been conditioned from previous generations of photo sharing services like Flickr and Instagram to live this 'permalink life' — creating single artifacts — so people never got to thinking they could tell more with photos that they're taking," he says. The post about the Anonymous march, for example, contains as much text as it does photos, creating a unique storytelling medium that says much more than a Flickr photo set could ever hope to.

"Most free stuff is a network with a tool attached to it."

However, $9 a month does seem like quite a bit to pay, considering that $9.99 a month buys you 200GB of storage on Google Drive, and considering you can post as many high-res photos as you want for free on Tumblr. But if you're content with sharing a Google Drive folder of thumbnails with a friend, or with posting on an ad-supported website, Exposure isn't exactly targeting you. Even in its beta period, Exposure has seen 10 percent of its users sign up for the paid service — a very good conversion rate by any measure.

Elepath plans to add support for other features, like custom domain names, in the near future. Setting aside ads, Beard says the goal is to provide himself (and his users) with a gorgeous photography-based storytelling platform that doesn't currently exist. "We simply wouldn't want to use a service that could disappear tomorrow, or worse, shoves ads in your face, or disrespects your content," says Beard. "Most free stuff is a network with a tool attached to it. Paid stuff is to ensure people that we are building a quality tool."