Weather wars: who should be allowed to engineer our climate?

Share All sharing options for: Weather wars: who should be allowed to engineer our climate?

“The big thing nuclear weapons did wasn't all the details,” says Harvard climate scientist David Keith. “The really big thing is, they changed what it means to be a nation-state.” It’s on his mind because as the next century unfolds, Keith expects it to happen again.

Scientists usually shy away from Oppenheimer comparisons, but in the case of geoengineering, they’re a given. Spend enough time at geoengineering conferences, and you’re guaranteed to hear a reference to The Bomb. Keith, who has grown into geoengineering’s leading advocate after his recent book on the topic, says the technology would be “as disruptive to the political order of the 21st century as nuclear weapons were for the 20th." It’s an exciting, dangerous idea — and it already has its opponents. In the years that he's been researching geoengineering, Keith says he's received two death threats serious enough to warrant calls to the police.

Keith’s work is on solar radiation management, ostensibly a matter of pure atmospheric chemistry — but the potential uses for the tech make it much more dangerous than your average research project. In a world of catastrophic global warming, solar radiation management might be our only way to cool the planet and forestall the most damaging effects of climate change. The theory is simple: a plane sprays sulfate aerosols into the atmosphere, building a reflective layer that blocks a small portion of the sun’s energy, thus cooling the globe. There’s plenty of support for the theory, including a few sulfate-spewing volcanoes which have cooled the globe in the past, but it’s still unclear how it would work in practice. It’s generally accepted that the sulfates would disappear from the atmosphere within a few years, but more complex effects remain unknown. 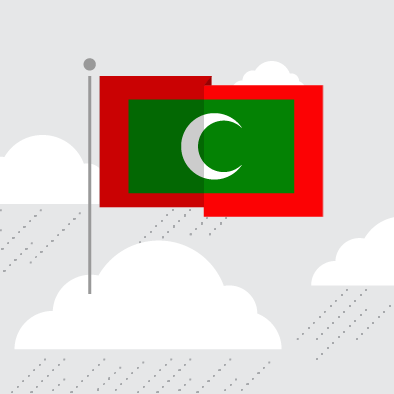 Most geoengineers think the technology should be used for a kind of "soft landing" as we phase out fossil fuels —but what if a country wanted to go further? The process is cheap enough that an island country like the Maldives, facing dire consequences from rising sea levels, might decide to kick off aggressive geoengineering on their own, daring other countries to stop them. The response would start with diplomacy, but it could escalate to the US shooting down their sulfur-spewing planes.

The next step is to test the idea in the atmosphere with small drops over the course of a few days, but that proposal is still extremely controversial. It’s easy to see why critics are nervous. In the wrong hands, solar radiation management has the potential to destroy the planet's ecosystem entirely. The danger of a sulfate-triggered global drought or an accidental ice age is very real, and the climate is too complex to predict on a global scale. More than that, it’s still unclear exactly how governments would use this technology. Like the nuclear bomb, geoengineering would require a kind of global governance that simply doesn’t exist yet, and many climate activists see the climate-engineering cure as worse than the disease.

Keith's ideal plan is simple enough: a slow ramp-up in sulfate drops over decades, giving the human race more time to quit fossil fuels and the planet's ecosystem time to adapt to higher temperatures. Once carbon emissions stopped around 2070, the sulfate drops would phase out, ending completely by 2120. Warming would still be a problem, of course, but geoengineering would let it come on slowly, giving ecosystems time to evolve and avoiding the destructive climate shocks that some studies predict. And by phasing out the action, Keith would avoid the dangers of an open-ended program in which warming worsens over centuries as geoengineering efforts face diminishing returns.

The century-long respite, in contrast, seems like a potentially useful weapon in the fight against a warming climate. Still, it rests on dozens of potentially dicey decisions. Will the world actually be ready to quit fossil fuels by 2070? When the moment comes to start reducing the sulfate drops, warming an already sweltering globe, will world leaders lose their nerve? Will the new politics of weather force governments into rash decisions such as drying out the climate after storms or nixing the project entirely in response to a single dry season? Behind all of those questions is an even bigger one: who will make the choice? When charting a course for the entire planet, who can we trust to take the wheel?

For many, the nuclear parallel is exactly the problem. The ETC Group, a Montreal-based environmental organization, has led the charge against geoengineering, arguing that modern governance simply isn’t ready for that kind of power. "I fully appreciate scientists saying that governments aren't doing anything, but giving them more power doesn't fix that," says ETC executive director Pat Mooney. "And I don't know any situation in human history where they've behaved well in a situation like that." As soon as the technology is developed, Mooney anticipates, it will be handed off to bureaucrats with little regard for the public good. "Governments just don't respond with social responsibility on a global scale. They always look to their own interest." 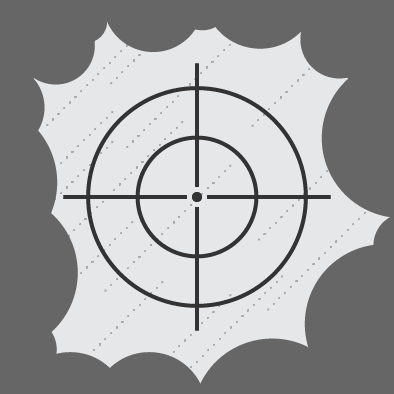 THE BATTLE OF THE MONSOONS

China's seasonal monsoon is crucial to the nation's economy and ecosystem, but solar radiation management could leave it dangerously weak. Keith's A Case for Climate Engineering envisions a scheme to strengthen the Chinese monsoon through cloud seeding, which would in turn disrupt the equally crucial Indian monsoon. India might respond with their own local radiative methods, spurring a geoengineering arms race, or take direct military action to stop China's program. Either way, the results could be dire.

At the same time, Keith’s process isn’t a perfect fix, and there are a number of asymmetries that any would-be climate engineer will have to grapple with. The new sulfate layer only works during daylight hours, while CO2 affects temperatures around the clock, so his geoengineered world would have cooler days and warmer nights. Global warming means a warmer and wetter world, but geoengineering the climate back to its pre-carbon temperature might result in a dangerously dry planet. Keith prefers to hold precipitation constant, resulting in a slight temperature increase, but that's just one approach. Whoever handles the process will have to balance global temperature, precipitation levels, and storm power with no clear answers to guide them through.

For the most part, geoengineering is a question world leaders have yet to consider. Keith would like to do it carefully and slowly, but he's the first to admit that there's always the danger someone will do it the wrong way. And there are plenty of candidates. Sulfate drops are exceedingly cheap on a global scale, costing hundreds of millions of dollars rather than the tens of trillions it would take to recapture atmospheric carbon. At that scale, a single country could take on the project unilaterally. Russia has already advocated for the technology, led by Putin adviser Yuri Izrael, even though the oil-rich regime still doesn't blame carbon for warming. It's a small enough sum that it could even fall to the private sector, led by environmentally minded billionaires like Bill Gates, George Soros, and Ted Turner. (Gates is already partially funding Keith's research.) Larger countries would see it as a rogue action, but that doesn’t mean they’d stop it outright.

More likely, some experts anticipate, is a push from one of the small southern nations hit hardest by climate change. In a recent piece titled "The Desperation Argument for Geoengineering," ethicist Stephen Gardiner envisions a unilateral break by a country like the Maldives, which could be completely obliterated by stronger storms and rising sea levels. If the Maldives decided to act early on geoengineering, maybe through the Coalition of Small Island States, who would stop them? Would Western leaders be willing to shoot down their sulfate-spewing planes in the name of global governance? Gardiner calls the case "morally complex in ways unappreciated by simple appeals to desperation," but the realpolitik of the issue is even more fraught.

The problem of power

The most respected international body, and the favorite of skeptics like Mooney, is the United Nations. The UN currently oversees environmentalism's biggest international success story, the 1989 Montreal Protocol to protect the ozone layer, which could make it a natural fit for striking the balance on geoengineering. But reducing carbon emissions is much trickier than reducing ozone gases, and the UN has had real problems bringing countries in line. For many, that’s hobbled the organization’s credibility for geoengineering. Keith in particular sees the General Assembly's one-country-one-vote policy as essentially unworkable for managing the global climate. "If Exxon had hired me and 20 of my friends to design a system that looked like it was doing something, but would actually just suck all the air out of climate action, it would be pretty close to the framework-convention system," Keith says. 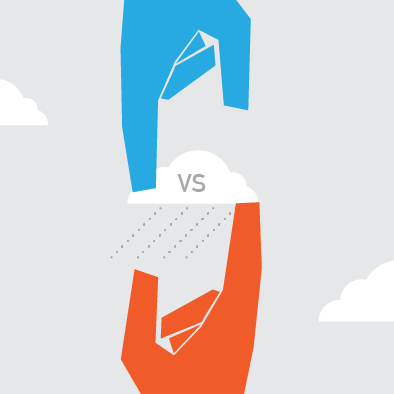 The most likely path forward for geoengineering is a trilateral commission between China, Russia, and the United States. One thing all those countries have in common: they're comfortably north of the 20th parallel. Critics like ETC's Pat Mooney worry geoengineering will set the stage for global conflict between temperate and tropical countries as rich northern countries set the world's temperature and poorer tropical zones are left to sweat out the consequences.

What's more likely is a series of uglier and less democratic treaties. Experts expect any plausible deal would be based on a trilateral framework, balancing the interests of Russia, China, and the United States as the most important moving parts in a global consensus. China will want to protect its monsoon, while Russia may hold out to protect its oil reserves, but it's easy to imagine the three countries ending up on the same page, especially if the global crisis predicted by climatologists is raging in the background. In the end, all three countries want a stable climate that's capable of producing enough food to feed its inhabitants. If geoengineering can deliver it, the politics will follow suit.

But if that seems like a happy ending to climate fears, it's just what environmentalists like Mooney are worried about. What's best for the US, Russia, and China isn't what's best for the world, and Mooney sees trilateralism as a way to put a happy face on a kind of globally engineered oppression. What will the trilateral climate engineers think of droughts in Africa, wildfires in Australia or increasingly deadly storms in the South Pacific, when weighed against their own crop yields? Like most powerful countries, the trilateral nations rest comfortably north of the 20th parallel. What happens to those that sit below, struggling with more powerful storms without the political clout to influence their own climates? The result could be a global climate designed by and for the wealthy northern countries. "The last global conflict was between east and west," Mooney says. "This is between rich and poor, north and south."

Still, for the scientists of geoengineering, there’s no choice but to plow ahead. "A lot of us working on this technology lose sleep over it," Keith says. "But through a long line of technologies, from nuclear weapons to DDT and on and on, humanity has managed to, if not find the best way, find some reasonable way through." We don’t know if humanity will chart the same course with geoengineering. Like most technology, there’s no telling how the world will use it in a century’s time. But even if this new power could become monstrous, can we turn away? On a warming planet, can we afford to throw away the tools that might save us? "The ultimate use for these things is unfathomable," Keith says. "If people could have sat around at a conference and decided whether they wanted to invent agriculture or not, what would they say?"