How many satellite launches does it take to get to Mars?

How many satellite launches does it take to get to Mars?

On Tuesday, SpaceX successfully launched a commercial communications satellite into orbit after two abortive attempts, a major milestone in entrepreneur Elon Musk’s lofty mission to build a private space program. In 2012, an ISS supply mission made SpaceX’s Dragon capsule the first privately owned spacecraft to dock with the station; Musk himself has become one of the figureheads of a new, aspirational entrepreneurship that prizes impossible ideas alongside traditional business. And SpaceX’s success comes after years of worry about whether NASA is still capable of the grand feats it achieved in the mid-20th century — and speculation that SpaceX and its many competitors, not an old guard of aerospace companies and government agencies, will be the future of extraterrestrial exploration.

The launch isn’t just a springboard for more contracts. It’s the start of a revenue stream that Musk hopes will help the company reach its long-term goal: sending humans to Mars. Aerospace journalist Michael Belfiore says SpaceX is miles ahead of similar startups, calling it "the lynchpin of America’s manned space program." Competitor Orbital Sciences has an established cargo program — this fall, it became the second private company to have a ship dock with the ISS — but it’s not planning manned trips, and Sierra Nevada’s Dream Chaser is too dependent on federal funding, Belfiore tells The Verge.

"They only go as far as NASA goes. And that funding is always in question." Blue Origin, backed by Amazon’s Jeff Bezos, is more mysterious. The company was last seen firing its latest engine at a Texas test site, and NASA said it was making "steady progress" in its work as a commercial partner to the agency. But Musk has mocked its prospects. During a battle over the lease of a space shuttle launch pad, he said he’d be happy to let Blue Origin use the pad if it could produce a craft capable of docking with the ISS in the next five years: "Frankly, I think we are more likely to discover unicorns dancing in the flame duct." 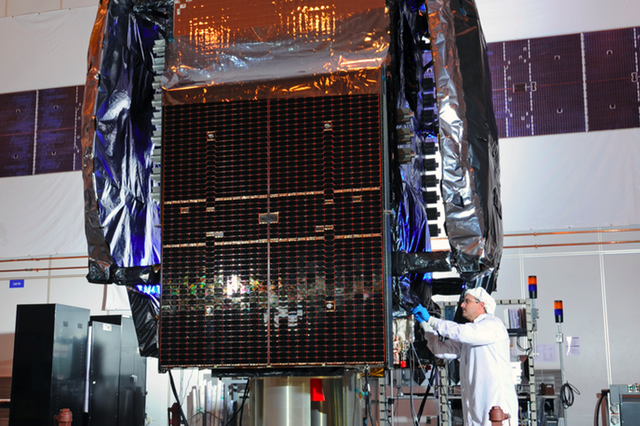 An SES-8 satellite like the one launched by SpaceX. (Orbital Sciences)

As it starts a long series of satellite launches, though, SpaceX is competing with established players like France’s Arianespace and the United Launch Alliance, a joint venture between Boeing and Lockheed Martin. Both launch satellites at a much higher price: Belfiore puts the typical ULA cost at a quarter billion dollars, compared to SpaceX’s roughly $60 million. For now, the ULA is relatively insulated from competition — it relies heavily on contracts with government agencies like NASA and the Department of Defense, and SpaceX’s first few victories probably won’t make the heavily entrenched giant take notice.

SpaceX can beat other companies for price, but it's still building trust

SpaceX has an advantage on price, but that doesn’t mean it’s going to cut out more expensive options just yet. Some launches will remain beyond the Falcon 9’s capabilities for now, and aerospace analyst Jeff Foust says there’s good reason for buyers to be conservative. "Some of the largest communications satellites cost in the range of 200 million to 300 million dollars. That’s a big investment for the company that’s buying the satellite, and they may not necessarily want to try and save a few bucks on the launch." Spy satellites, or satellites needed for crucial scientific research, also aren’t likely to launch with a company that’s only had a handful of successful takeoffs. If SpaceX can manage to work safely through its heavily stacked manifest in the next two years, though, the scales could tip — especially as it prepares to launch its more powerful Falcon Heavy rocket and starts looking to steal the ULA’s government contracts. "The next really big challenge for [SpaceX] is to keep the same reliability and the same price but at a much higher tempo," says Foust.

A steady stream of satellite launches would give SpaceX some of the funds it needs to work towards its eventual goal of sending humans to the moon and Mars, and boost the Dragon’s chances of supplanting Russia’s Soyuz capsule to shuttle astronauts to and from the ISS. Unlike many similar companies, SpaceX has a certain level of independence from NASA funding, with financial backing from Musk and a long list of private customers. "Essentially almost three quarters of our business is commercial," Musk said earlier this year. "So yeah, it would suck to lose the government as a customer, because it's our biggest customer. But it certainly wouldn't be a fatal blow." That prospect is unlikely, but it also means SpaceX can take risks independent of NASA’s budget. 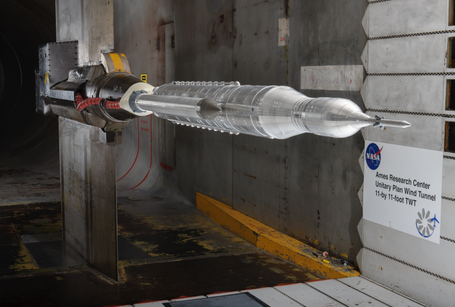 That budget remains a point of debate. By farming out "routine" space trips to private companies, NASA is focusing its work and funding on research, including plans for the Space Launch System, a powerful rocket that’s supposed to take astronauts to a near-earth asteroid by 2025. Where some see a good strategic move for NASA’s spacecraft program, however, others see a sign that SpaceX and other private companies are far better equipped to do the job. The SLS, which completed its preliminary design review last year and is scheduled to fly for the first time in 2017, has been dubbed the "Senate launch system" by critics who accuse members of Congress of padding their state’s budget to produce something the space program doesn’t need.

"We’re no longer in an Apollo era."

"We’re no longer in an Apollo era, where we have to have this massive push at whatever cost. A lot of people are trying to get NASA back to the research function that its predecessor organization was set up to do," says Belfiore. "They would do basic research that the industry could make use of. And they didn’t operate vehicles." Foust disagrees, saying that there’s always going to be a place for the agency to build spacecraft. "NASA really wants to contract out those things where it’s not going to be the only customer," he says; if the system won’t be used by other agencies or companies, there’s no point in trying to spread out the costs with a contract. "If you’re doing cutting-edge exploration, that’s something really only NASA can do, and it makes sense for NASA to keep that in-house for the time being."

Either way, NASA will still provide vital resources. Even as it minimizes its spacecraft production, the agency is going forward with ambitious research missions like its asteroid-capture plan and a manned trip to Mars, and private companies still lean on its infrastructure and research. And ideally, no matter who wins the battle for a launch contract or supply trip, these missions will attract companies like Bigelow Airspace, which builds inflatable space stations but can’t deploy them without rockets — which, in turn, will be a limited business if space travel doesn’t expand. "It’s kind of a chicken-or-egg thing. These ventures are counting on SpaceX to succeed, and it’s all very tenuous," says Belfiore. "All these pieces are kind of floating out there, and we’re just on the verge of realizing them. And people like me, who are very hopeful and think this is going to work, depend on all of this kind of coming together at the same time."

More from this stream SpaceX and Virgin Galactic: countdown to the era of commercial space flight