Spec Sheet: Canon takes a second shot at the mirrorless market with the EOS M2

Share All sharing options for: Spec Sheet: Canon takes a second shot at the mirrorless market with the EOS M2

Canon's first mirrorless camera, the EOS M, was something of a disappointment: its control scheme wasn't great, its autofocus was sluggish, and its photos weren't much to brag about either. But now Canon is trying to address at least one of those issues with the EOS M2, which it's announced for sale in Japan for ¥84800 (just over $820) with an 18-55mm kit lens. There's almost certainly not enough of a change to put Canon on top of most buyers' mirrorless camera wish list, but we're looking across the range of mirrorless cameras to see exactly where it's standing now. 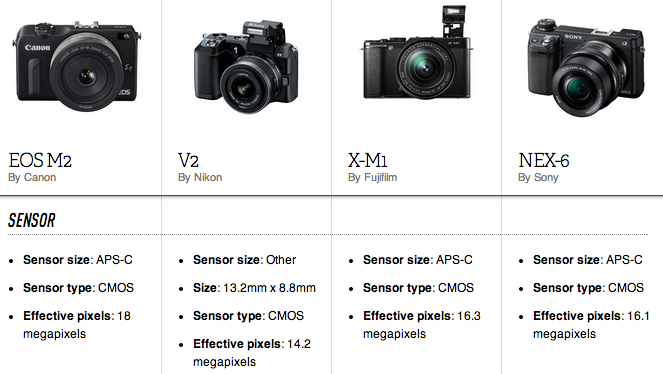 Click above for full specs on all four cameras.

The EOS M2 changes quite little

The EOS M and the EOS M2 are all but identical. They have the same battery, the same shooting speeds, the same number of focus points, and the same DIGIC 5 processor. The big difference is that it includes Canon's relatively new Hybrid CMOS AF II technology, which places pixels over 80 percent of the camera's APS-C sensor that are capable of phase detection autofocus. Canon says that'll make autofocus more than twice as fast — a big gain that should address one of its predecessor's biggest initial issues. Canon has also added in Wi-Fi and has ever so slightly tweaked the icon layout across the camera.

Unfortunately, the EOS M2 still falls short of many other mirrorless, interchangeable-lens cameras with similar pricing — most aptly Sony's NEX-6, Fujifilm's X-M1, and Nikon's V2. Unlike both the NEX-6 and the V2, the EOS M2 doesn't include a built-in electronic viewfinder, which can easily make it a nonstarter for some enthusiasts. The EOS M2 is also the only one in the pack missing a built-in flash. That won't be a problem for plenty of photographers, but it's hard to argue that on-camera flash isn't widely used. 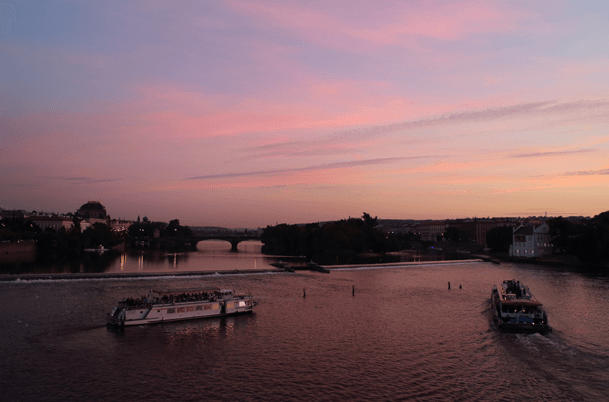 An EOS M2 sample image from Canon's website, taken with the camera's kit lens. Click for the largest provided size.

That's not to say that the EOS M is the worst of the bunch: its sensor is far bigger than the V2's, which is comparably quite tiny — much smaller even than a Micro Four Thirds sensor. And the EOS M2's shooting speeds shouldn't make it any less capable than the NEX-6 or X-M1 either, so long as its autofocus has improved as much as Canon promises. It's also the only one of the bunch to include touchscreen controls (which it relies heavily on). That could be a pro or a con depending on how you like to shoot, but the NEX-6's and X-M1's wealth of physical controls are distinct strong points.

Whether the tweaks add up to a camera that can take better photos and be a pleasure to handle is a much different story. Canon hasn't released large sample photos for now, so it's hard to judge whether image quality has improved. But even if it has, the EF-M lens ecosystem is still really limited — even when compared to the other new systems like Sony's E-mount. Canon offers a relatively inexpensive adapter to make EF and EF-S lenses work, but they won't feel quite at home on the mirrorless camera's smaller body.

Canon won't say if or when the camera is headed outside Japan, but that may not be a huge loss for all but the most eager Canon users interested in adapting lenses. The EOS M2 doesn't seem to do much but polish up a camera that was rough around the edges in the first place. For now, enthusiasts will still have to wait for the day when Canon gets truly serious about mirrorless.

A couple of other interesting products were added to the database this week:

If you want to learn more about any of the products mentioned above, all of our information on them can be found through the database box located beneath the article. For more on cameras, headphones, and just about every product around, you can check out the full Verge Database right here.