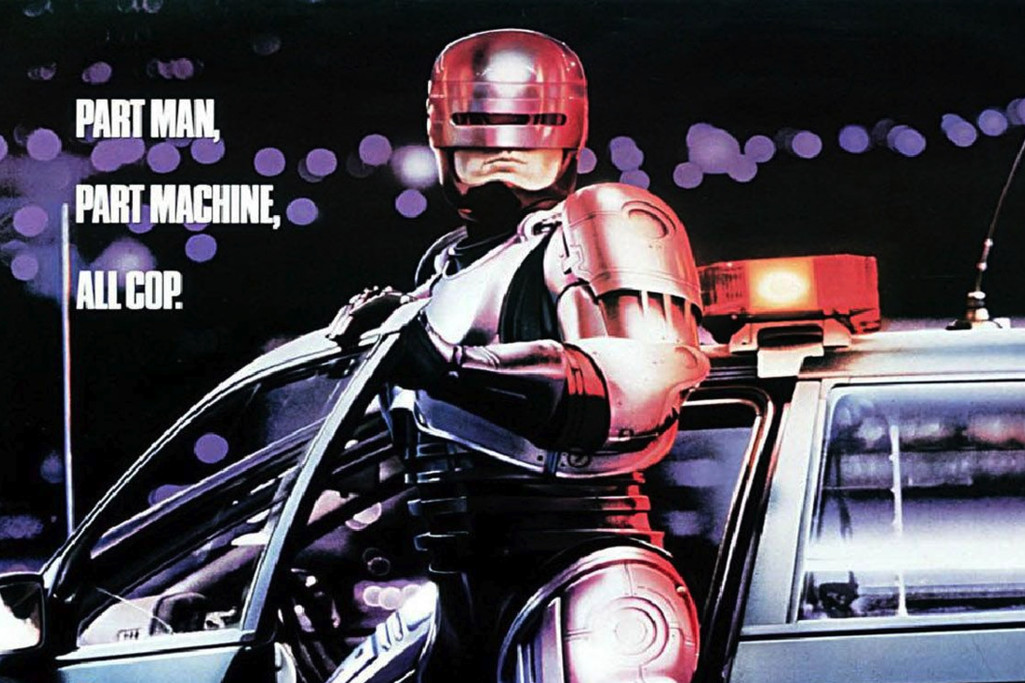 Last year, Detroit decided that it needed RoboCop. A Kickstarter campaign raised around $65,000 to design and cast a bronze statue to be placed in an as-yet-undetermined location in the recently bankrupted city. Back in the near future of 1987, a corporate conglomerate named Omni Consumer Products had the same idea, but its RoboCop wasn’t a symbol of hope. It was a cynical solution to an ultraviolent future — and the protagonist of the action movie to end all action movies.

RoboCop is part of my personal action-movie canon, which (like everybody’s canons, probably) is tailed by a dismaying list of sequels, prequels, and reboots. It’s not that I’m against the idea of these categorically. Sometimes, one can even pull it off — yes, I’m talking about The Road Warrior, one of the only sequels to ever transcend the original. But to watch the trailer for José Padilha’s 2014 version of RoboCop is to be seized by an uneasy fear. Can the weird, violent, hilarious world of Verhoeven’s Detroit really be turned into something so bland? 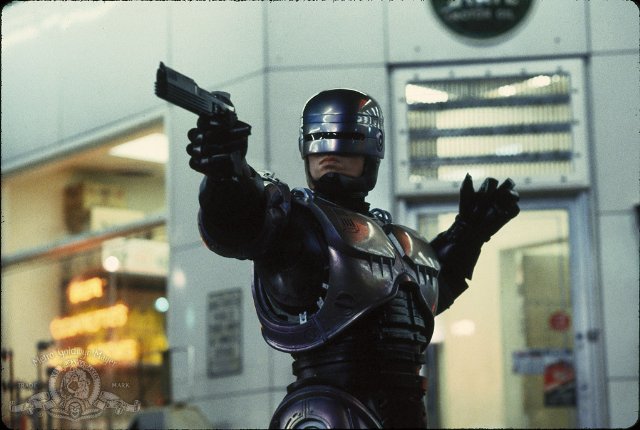 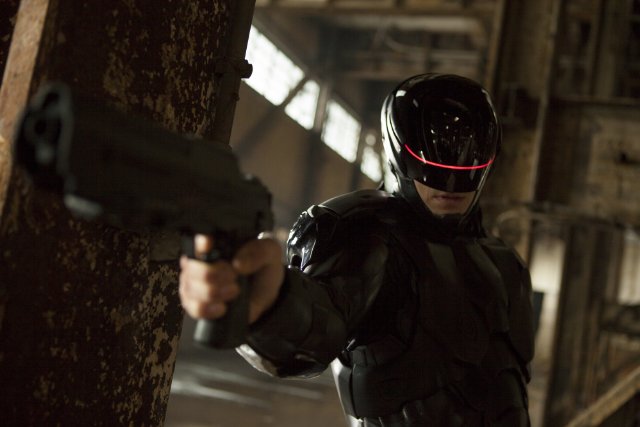 RoboCop is the kind of thing that sounds dead easy on paper: a police officer named Alex Murphy is nearly (or completely) killed in a tragic accident, but rebuilt by a shadowy corporation intent on turning a buck and cleaning up a crime-ridden city. After a series of outsized heroics, he begins to question his own identity, leading him to ultimately turn against his creators. This is clever – possibly nuanced, even. But it overlooks what makes RoboCop really great: it's the fantastic culmination of every 1980s trend towards gritty criminal dystopias.

I’ve seen revenge films with a higher body count than RoboCop, and I’ve seen horror movies that beat it for sheer gore. But almost nothing feels quite so violent. When somebody fires a gun in RoboCop, they damn well mean it: the plot is set in motion when rogue peace-keeping bot ED-209 shoots up an office building and shreds a hapless Omni Consumer Products employee for several seconds while a horrified room of executives looks on. A short burst of fire in a gunfight, no matter how gory, could be shrugged off as typical movie choreography. But the movie’s endless walls of bullets, never punctuated by pausing or reloading, give you time to breathe, to think briefly, We’ve had enough of this, haven’t we? The farce it becomes is inseparable from everything else in the world, full of board games about mutually assured destruction and the cartoonishly large 6000-SUX luxury sedan, which is promptly demolished by an even more cartoonish explosive assault rifle. In the world of RoboCop, corporate hubris and consumerist greed don’t just cause violence: they’re pretty much indistinguishable from each other.

WHEN SOMEBODY FIRES A GUN IN ROBOCOP, THEY DAMN WELL MEAN IT

That the whole movie is a big tangled web of capitalism, crime, and government is evident just by looking at RoboCop himself, who is both a clumsy weapon and, often, a pretty terrible cop. His modus operandi is a bloody chastening of criminals followed by a swift exit; he only starts going into “arrest mode” when he begins to hunt down the men who killed him, and even then, the film’s villain has to literally remind him of his job before he activates it. But he’s terrible in a very specific, systemic way. Of course he almost never seems to book anybody. Detroit’s police can barely keep the station running as it is. Of course he’s rarely put to anything more substantial than driving around alone, looking for random crimes. He’s not meant as a crime-stopper so much as a pawn in the fight between the police and their new corporate owner OCP.

We have a tendency to mythologize our fictional heroes as straightforward, unstoppable ubermenschen, and that’s what RoboCop connotes now — and what the reboot seems to emphasize. But while he might be able to take down any criminal or survive any shootout, he’s emphatically not the perfect machine: he’s a clunky hybrid who lumbers into crime scenes, surviving by way of sheer endurance and marksmanship. He eats baby food for sustenance. RoboCop is a hero, but he’s not something anybody aspires to be (which is perhaps why one of the increasingly poorly received sequels had Murphy’s robotic successors kill themselves out of sheer horror.) Compared to Peter Weller’s cyborg, the reboot’s half-paralyzed amputee is practically Iron Man. 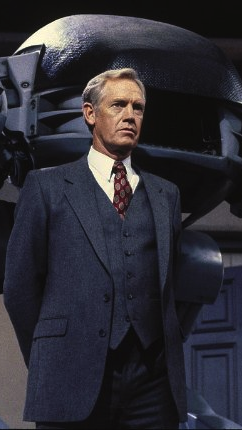 There’s always a chance that the RoboCop reboot will surprise me. From this side of the trailers, though, it’s a surface-level retread of the same story about corporate greed and free will, with a nod to Bush-era neocon demagoguery. Mind you, that’s not necessarily all bad. The first RoboCop is tightly situated in its place and time — a time when Detroit’s death rattle could still be described as a crime wave, the culture of yuppie consumerism was in full swing, and striving Reaganite corporatism was a ripe political target. It’s a movie that simply can’t be remade faithfully today, and to its credit, the reboot seems to focus on sanitized paramilitary violence instead of mano-a-mano inner-city sorties. If it wants to go for over-the-top satire of its genre, it can spoof the bloodless PG-13 murder that populates our latest spate of summer action movies. Maybe its new star-studded cast can even approach the fantastic combination of character actors that made up the original.

The problem is that, well, sanitized PG-13 action isn’t all that much fun to watch. Verhoeven might have poked fun at the ultraviolence of action movies or the ultraconsumerism of the 1980s, but it’s not quite accurate to say RoboCop subverts it. Every single piece of satirical action is also genuine action, just with a self-aware twist. It lets us have our cake and eat it too, with a side of memorable design, social commentary, and really very quotable one-liners. So, Mr. Padilha: your move, creep.