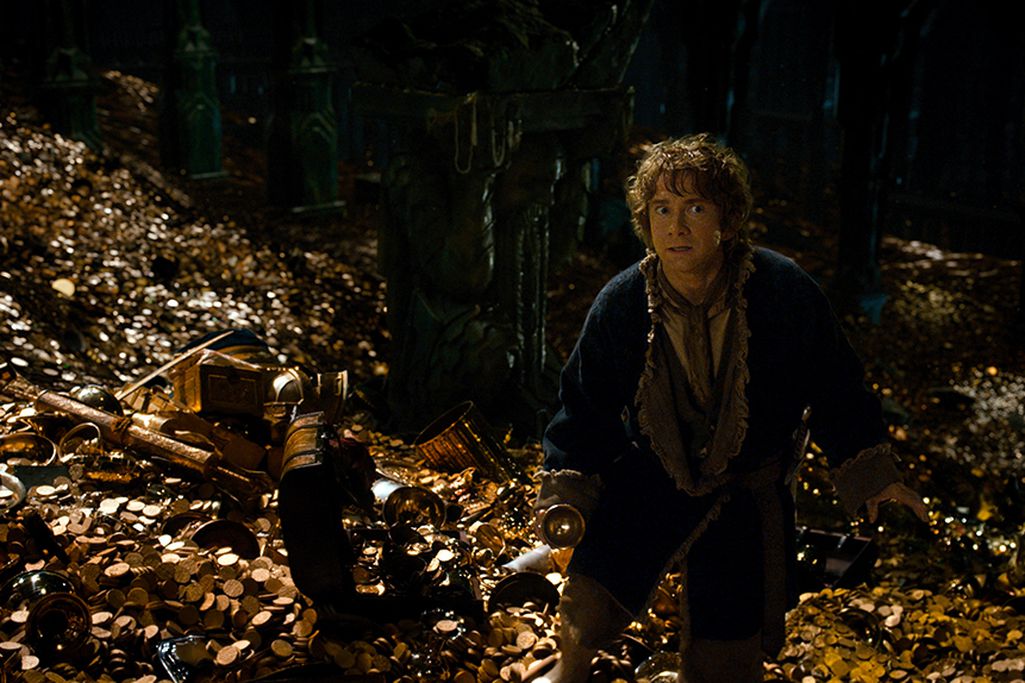 When it came time to bring J.R.R. Tolkien’s children’s book The Hobbit to the big screen, Peter Jackson didn’t go for a straightforward adaptation. Pulling from appendices to The Lord of the Rings, he and the writers reshaped the story in the image of his own incredibly successful Rings trilogy, but last year’s The Hobbit: An Unexpected Journey didn’t quite pull off the feat. Heavy on grandeur but light on the drama and memorable characters audiences fell in love with 10 years ago, the film raised a new question: could Jackson and his creative team build a more robust adventure now that they had the initial set-up out of the way.

As a feat of sheer technical excellence, The Hobbit: The Desolation of Smaug is a marvel: imaginary creatures come to life, fantastic worlds are realized, and breathtaking sequences demonstrate what an accomplished action director Jackson has become. At the same time, it doesn’t transcend the fundamental problems that plagued the first outing. The result is an entertaining adventure with some truly masterful moments — but they still fail to justify the film’s nearly three-hour running time. 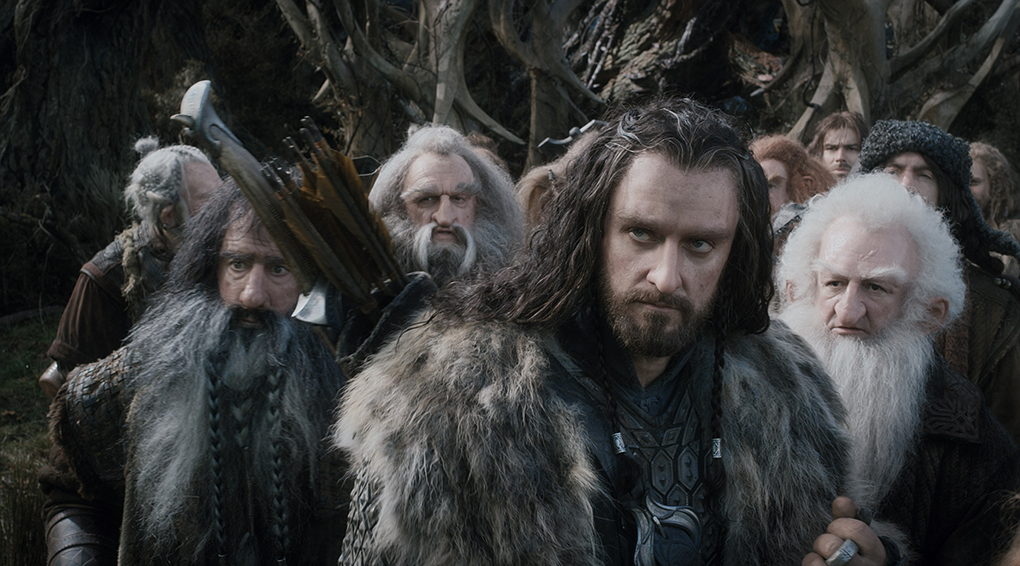 An action movie above everything else

The film follows a young Bilbo Baggins (Martin Freeman, who continues to prove how charming he can be no matter the circumstance) on a quest with 13 dwarves. Led by Thorin Oakenshield (Richard Armitage) and Ian McKellen’s Gandalf the Grey, the group is heading towards the Lonely Mountain, where Thorin will assume his rightful place as the king of the dwarf empire Erebor. Along the way they grapple with cold-hearted elves, the horrors of the Mirkwood forest, and the mighty dragon Smaug himself (voiced by Benedict Cumberbatch). Teased in the last film as one gargantuan eye, Smaug laid waste to Erebor decades before, and now sleeps within the Lonely Mountain, guarding its treasures — and one particular artifact that is essential to Thorin’s quest.

If the first Hobbit film was hampered by a treacherously slow introduction as the dwarves wooed Bilbo, here Jackson jumps right into the action — and make no mistake, this is an action movie above all else. The battles are visceral and physical, Jackson’s horror roots shining through in the movie’s fondness for decapitations, and while there’s no mistaking the aid of computer-generated imagery, the polish is so high it all comes together in a delirious frenzy. I wrote in my review of An Unexpected Journey that the action sequences were more like watching a video game than a movie, and the same holds true here — but this time it’s a next-gen video game, and I really want to play it. 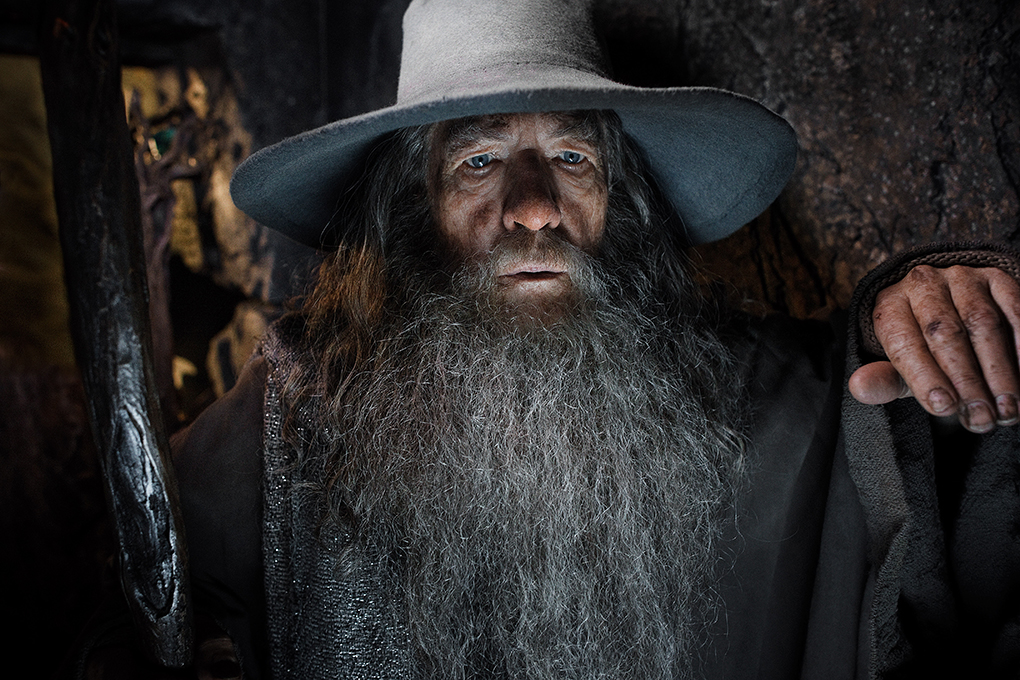 The elf Tauriel is an emotional secret weapon 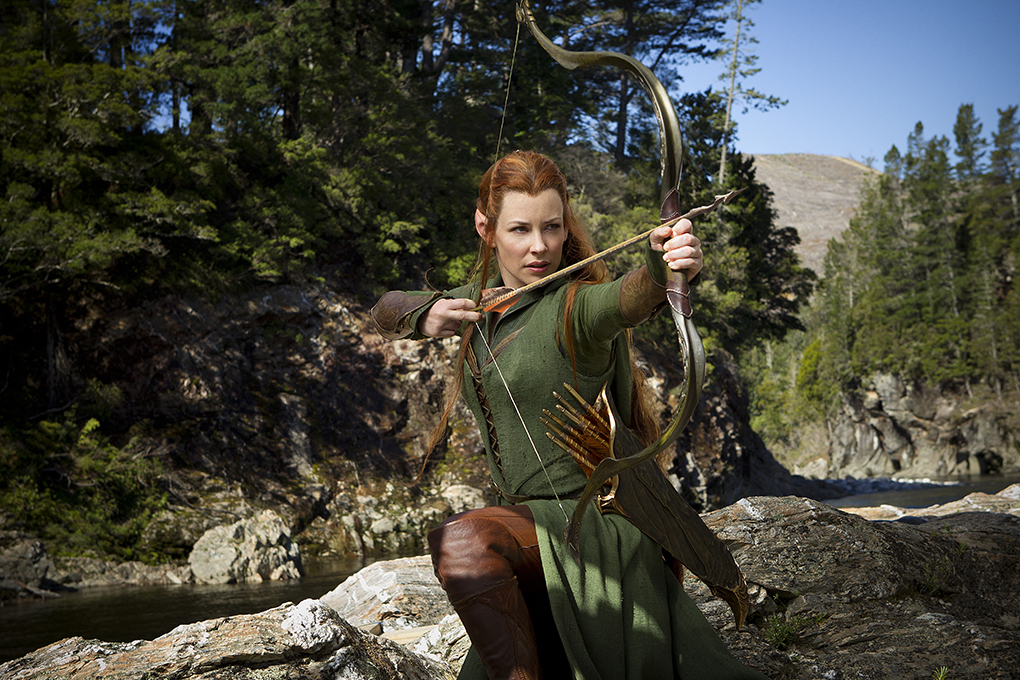 That said, there’s little holding things together other than a never-ending series of almost random events. Gandalf tells the group to find shelter with a shape-shifter that just happens to live nearby. In Mirkwood forest, our heroes are suddenly attacked by giant spiders (a sequence so unnerving it continues to creep me out days after seeing the film). Elves conveniently save the day. Orcs arrive seemingly just to up the ante. Taken individually, the sequences are as good as any set piece we’ve seen this year, but that’s what they feel like: a list of set pieces, shuffled up and played back at random.

Part of the problem is the heroes themselves. The charm of the novel The Hobbit is in its whimsy and adventure, not its rather thin characters, and stringing things out only magnifies the weaknesses. Despite Thorin thawing at the end of An Unexpected Journey, here he’s back to being as stoic as ever, and Bilbo’s struggles with the One Ring are downgraded to a perfunctory sidenote. The return of Legolas is a high point and a departure from the book, but even then Orlando Bloom’s missing the sarcastic humor he brought to the role the first time around. No amount of visual splendor or high frame rate photography can mask the issue (though thankfully the latter comes across more as a poor visual choice this time, rather than the deal-killing distraction it was last year).

No matter how much Jackson and his collaborators stretch and pull the narrative there’s no avoiding the fact that Tolkien didn’t conceive The Hobbit as a grand, sprawling epic. Perhaps then it’s no surprise that one of the most memorable characters in the film is one the author himself never even dreamed of: the elf Tauriel. Played by Evangeline Lilly (Lost), she’s a complete invention on the part of the filmmakers, but it’s her emotional struggles with the ethics of the elven king Thranduil — as well as her taboo romantic interest — that stand out as the film’s most compelling emotional elements. Tauriel fills a gaping, heart-shaped void at the center of The Desolation of Smaug, serving as an almost tacit admission from the filmmakers that the source material doesn’t have the heft to sustain three lengthy movies on its own. 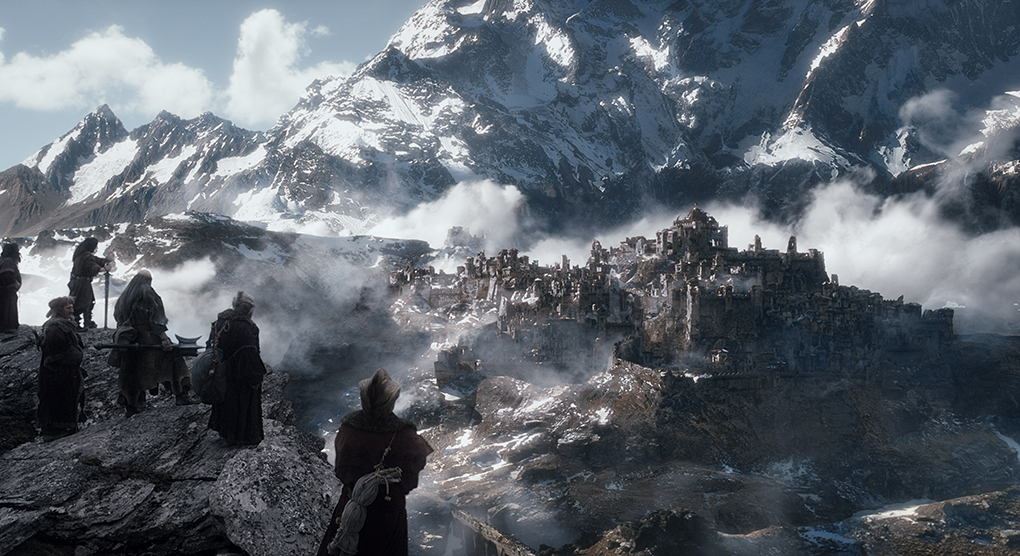 Thankfully Smaug rights itself in the film’s final hour as our heroes reach the Lonely Mountain. The movie’s trailers have been careful to not reveal Smaug in all his glory, but the character is yet another example of how Weta’s visual effects wizards are some of the very best in the world. The result is an extended sequence with the kind of scale and majesty that would feel right at home in Jackson’s original Rings trilogy. It’s also the movie at its most pure: total spectacle, freed from the structure and story problems that hinder it elsewhere.

Birthed in the shadow of The Lord of the Rings trilogy, the new Hobbit films were always going to be subjected to high expectations, and while Smaug is certainly an improvement over An Unexpected Journey it never hits the heights of Jackson’s first forays to Middle-earth. Unto itself, that’s fine; this is a different story, after all, with a different kind of appeal and charm all its own. However, it’s that decision to turn Tolkien’s children’s book into a grand trilogy that continues to define the new series. When The Desolation of Smaug is at its best, you can almost glimpse the sleeker, more straightforward adaptation of The Hobbit that could have been. I’d like to know what that movie would have been like — but at least we’ve got some amazing action sequences to keep us interested in its place.

The Hobbit: The Desolation of Smaug opens Friday, December 13th.