There's an entire industry of Bitcoin miners out there, people that set up specialized computer rigs to run 24 hours a day to mine the digital currency. Thanks to a 23-year-old kid from Brooklyn, this cottage industry is about to change. Yifu Guo, a digital media student on hiatus from NYU-Poly, has released the first batch of ASICs, which are chips custom-built to do one thing: mine Bitcoins.

These ASICs are capable of mining Bitcoins at a far higher rate than is possible with common computer equipment — Guo's design, called the Avalon V1, can mine Bitcoins about 50 times faster than a high-end rig, and offers a much more attractive price-to-performance ratio. ASICs also consume much less power than GPU-based machines, but they don't give miners the option to play the most demanding PC games. 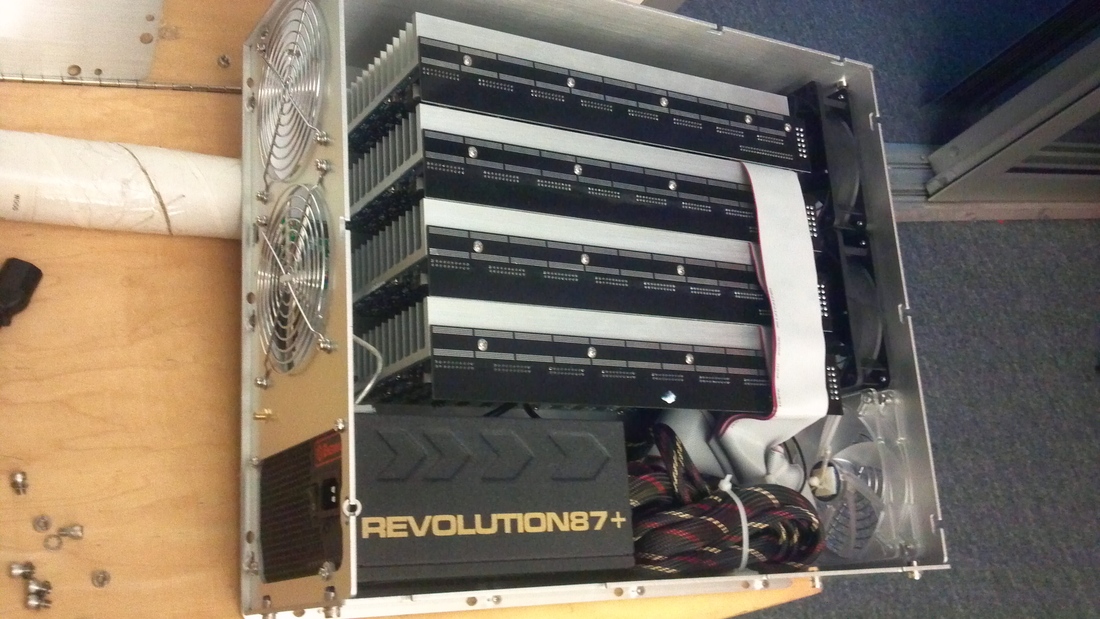 Being the first company to get this new technology into customers' hands is big news in the Bitcoin community, where early adopters consistently reap a lion's share of the available virtual profit. Given the current Bitcoin market, where prices change everyday, the Bitcoin Foundation estimates that one of Guo's new chips will initially net buyers anywhere between $200 to $300 in Bitcoins per day. However, that reward will quickly diminsh as the number of ASICs in use grows, since the crytographic "difficulty" of mining increases proportionally in order to prevent inflation.

The initial round of pre-orders is being delivered throughout the month, and Guo hopes to have the next round available to ship shortly after March 5th. The second batch of Avalon V1s is available to order now for $1,499, and the company has also made a $499 upgrade module available that adds around 25 percent more mining power to existing units. Guo's main competitor, Butterfly Labs, is also preparing to deliver its comparable ASICs later this month, but chip fabrication problems have caused the company a number of delays.

All about Bitcoin: the rise and trials of an anonymous virtual currency