With a game soundtrack going up against the works of orchestral juggernauts like John Williams and Hans Zimmer for the first time at tonight's Grammy Awards, 2013 is looking to be a promising year for video game music. Though for the true believers, events like MAGFest — a video game music festival just outside of Washington, D.C. — seem to grow almost exponentially each year, mainstream approval or no.

Celebrating its 11th year last month, MAGFest is a strange beast of video game-related revelry. To the untrained eye it has all the trappings of your typical “Con”: the cosplay, the panels, the crowds of nerds cramming into elevators. But if anything, MAGFest more closely resembles a kind of debauched ritual; a communal 72 hour bender built around a multi-stage music festival and set inside of a giant resort hotel-turned-arcade. ‘Like a Coachella for Video Game Music,’ you might say — but only if short of breath because the dude who plays the voice of Duke Nukem just crashed your hotel room party and is now holding you in a headlock.

It’s all tied together by a strong reverence for video game soundtrack composers — the kind usually reserved for rock stars and famous DJs. Somewhere in between those two extremes is Yuzo Koshiro, a celebrated game music pioneer, and this year, one of MAGFest’s honored guests.

If Koji Kondo and Hip Tanaka gave video game music its singing voice, Yuzo Koshiro helped give it its groove

Koshiro is soft-spoken and pensive as we slowly converse with the help of a translator. If you don’t recognize his name, think Streets of Rage, Ys, and Shinobi — works widely cited as milestones in video game audio. Whereas earlier soundtracks often relied on bright, sometimes-robotic melodies painstakingly coaxed from sound chips, Koshiro’s gritty style of FM synthesis on the Japanese PC-88 and Sega Genesis refined the medium with an unprecedented complexity and character. If Koji Kondo and Hip Tanaka gave video game music its singing voice, Yuzo Koshiro helped give it its groove.

The sounds didn’t stay hidden inside games for too long: hints of Koshiro and FM synthesis can be found in plenty of modern electronic music (French electro producer Danger and UK dubstepper Joker being the most obvious examples). Ikonika has also cited him as a direct influence. I ask him if he’s somehow responsible for Skrillex, to which he responds at first with a puzzled look, followed by a sudden burst of laughter, shaking his head politely. (Though when pressed he does admit he’s a fan of Tiesto.)

For Streets of Rage, Koshiro says his sound was probably most influenced by his days playing arcade games and DJing in clubs, hauling rare vinyl back to Japan after an extended stay in Los Angeles. The following night, Koshiro put his DJ hat back on at around 1 AM in front of a densely-packed crowd at MAGFest’s main stage — his first time performing in North America.

He wasn’t alone. The previous day, Koshiro sat beside someone he considers a major influence: Commodore 64 composer Chris Hülsbeck. Back in 2008, the mind behind the music of *Turrican* was the first game composer to have a symphonic concert devoted exclusively to his work, and Koshiro was called to write the arrangements. But Hülsbeck actually started out a lot like the aspiring game musicians that gather at MAGFest each year. 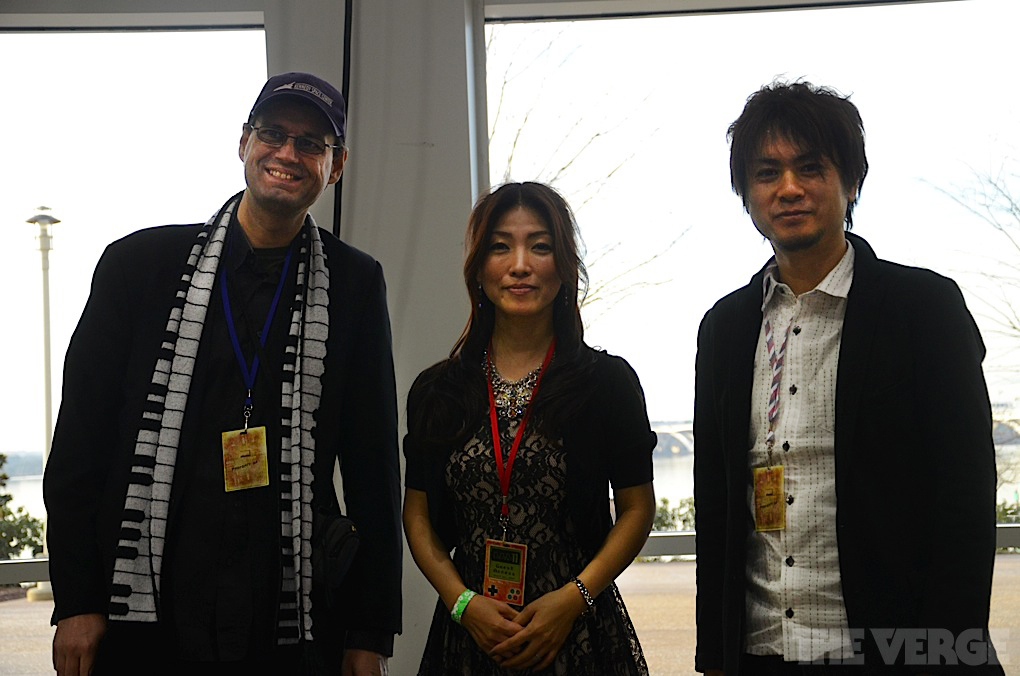 “What I originally wanted to do was just create electronic music, but the synthesizers and studio equipment [were] just insanely expensive,” he recalls, noting a fondness for old standbys like Kraftwerk, Vangelis, and Jean Michel Jarre.

And then the Commodore 64 came along. At 17, Hülsbeck programmed the machine’s versatile SID chip to create “Shades,” the chiptune composition which started his career by winning a German computer magazine contest not at all unlike the online 24/48-hour demo competitions of today. Most recently, he’s been working on an update of The Great Giana Sisters with the help of Kickstarter backers, due out in Spring of this year.

“When you switch on the Commodore 64, there’s really nothing there. You have to do it all from scratch.”

“When you switch on the Commodore 64, there’s really nothing there. You have to do it all from scratch,” he says. Hülsbeck consequently wound up creating a good chunk of the software tools used by the musicians who came after him, both on the C64 and its successor, the Amiga. “It was a lot of programming and not a whole lot of music making ... I don’t know if I could do something like that nowadays.”

Industry vanguards like Hülsbeck and Koshiro might never be as widely recognized as some of the modern upstarts who are now stealing the spotlight. But after decades in relative obscurity, both composers are pleased to see video game music finally hit mainstream. And beyond the humble nostalgia highs gotten from hearing familiar tunes, there’s still the hope that “game music” can become something new entirely. 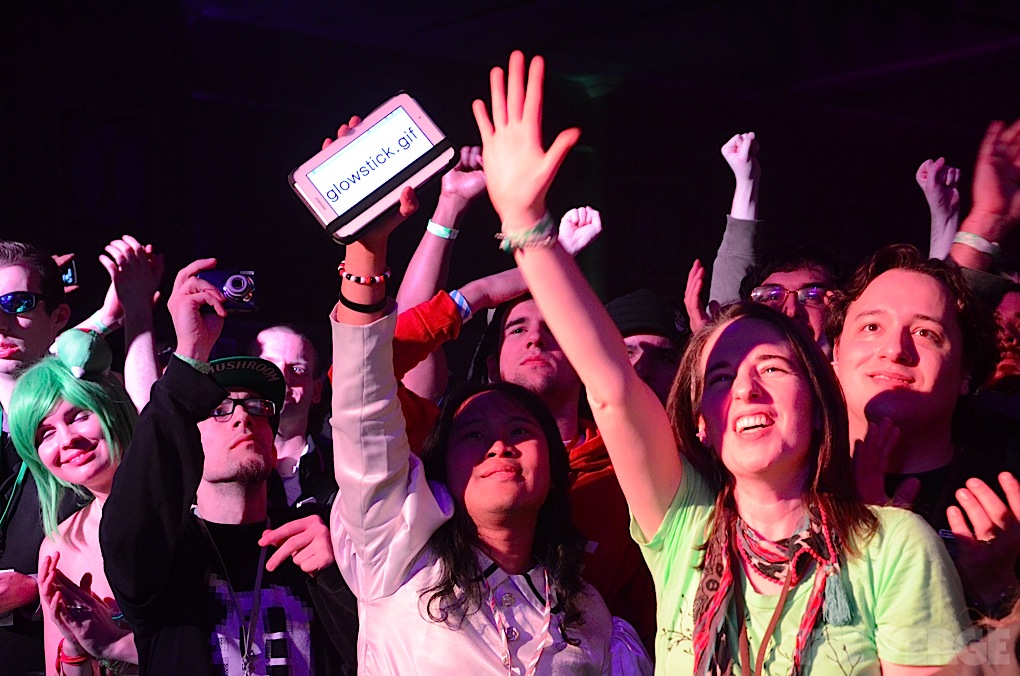 Later that night, the main concert hall was packed to the gills as a band called Bit Brigade provided a live soundtrack for back-to-back speedruns of Castlevania and Contra — a kind of video game as performance art that seems to be increasingly common of the games themselves, whether it’s the shape-shifting soundscapes of Portal, or Austin Wintory’s reactive orchestral score for Journey, which received its previously-mentioned Grammy nomination last October.

Hülsbeck seems particularly fond of the latter, and says he’s open to being a part of what game music is becoming. “Journey creates a huge emotional response, and the soundtrack is a big part of that. It’s created in a way so the player is almost like a conductor,” he says. There’s also promising indie projects like Proteus, an IGF-nominated audiovisual exploration game, and FRACT, a kind of half adventure game, half virtual synthesizer.

Free from the chains of nostalgia, video game music ceases to be simply catchy “background music” and can begin to truly benefit from the medium’s interactive qualities. And after years getting its fill of rock bands doing live Mega Man covers, it should be interesting to see how events like MAGFest evolve because of it.