North Korea announced plans last month to carry out its third nuclear test, and it followed through on the threat today. Following initial reports of a 5.1-magnitude artificial tremor in the northeast of the country, the South Korean government confirmed that North Korea had tested a nuclear device and condemned the incident as an "unacceptable threat to regional peace and stability."

United Nations Secretary-General Ban Ki-moon has released a statement condemning the nuclear test as a "clear and grave violation" of UN resolutions. President Obama echoed the outcry in his own release, calling the test a "highly provocative act" that "undermines regional stability."

Following confirmation from the South, Reuters reported comments from North Korea's state-run KCNA claiming that a "miniaturized nuclear device with greater explosive force" had been successfully tested underground. The KCNA later announced the test on national television, saying that "it was conducted in a safe and perfect way on a high level with the use of a smaller and lighter A-bomb than the previous ones, yet with great explosive power." The broadcast also claimed that "the test did not give any adverse effect to the surrounding ecological environment."

South Korea estimates the blast as between 6-7 kilotons, around a third as powerful as the Hiroshima bomb. The US and Japan have launched radiation-detecting planes to try and ascertain whether the blast used plutonium, as with the previous two tests, or highly-enriched uranium. It does appear to have been more powerful than prior attempts: data from the Comprehensive Nuclear Test Ban Treaty Organization showed a 4.9 magnitude for the blast next to the 4.52 recorded in 2009.

Using coordinates from the US Geological Survey, the epicenter of the tremor can be seen on Google Maps close to a route designated "Nuclear Test Road" in the northeast of the country. Google uses crowdsourced data for its maps of North Korea, which it first rolled out in detail last month. The data also tags North Korean "gulag" prison camps as well as nuclear facilities; today's test was conducted close to the location of the country's previous two attempts. 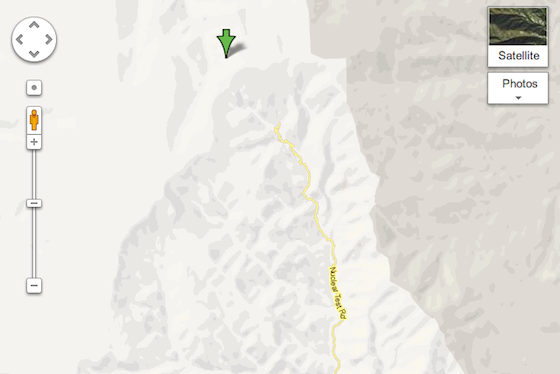 North Korean TV recently showed a diagram of the nuclear test tunnel in Punggye-ri, believed to be about 1 kilometer (0.62 miles) long. It was used in the 2009 test; its spiral design is said to help contain the blast and prevent a repeat of the radioactive leak that occurred with the straight tunnel employed in the 2006 test. 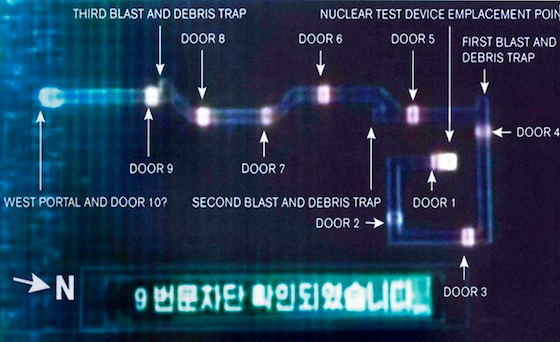 Yonhap quotes a South Korean official as saying that North Korea alerted the US and China yesterday of its plans to test a nuclear device. The test will spark fears of heightened tensions in the region and beyond; days ago, South Korea put its military on alert over the prospect of a test, and pledged to strike pre-emptively at any sign of Northern intent to use a nuclear weapon.

While saber-rattling between the two countries — still technically at war under a 60-year truce — is commonplace, the North's recent satellite launch and apparent miniaturization of a nuclear bomb raise the stakes considerably. There is, however, no evidence that the country possesses the ability to mount a nuclear warhead on a rocket.

This post has been updated to reflect a developing situation.