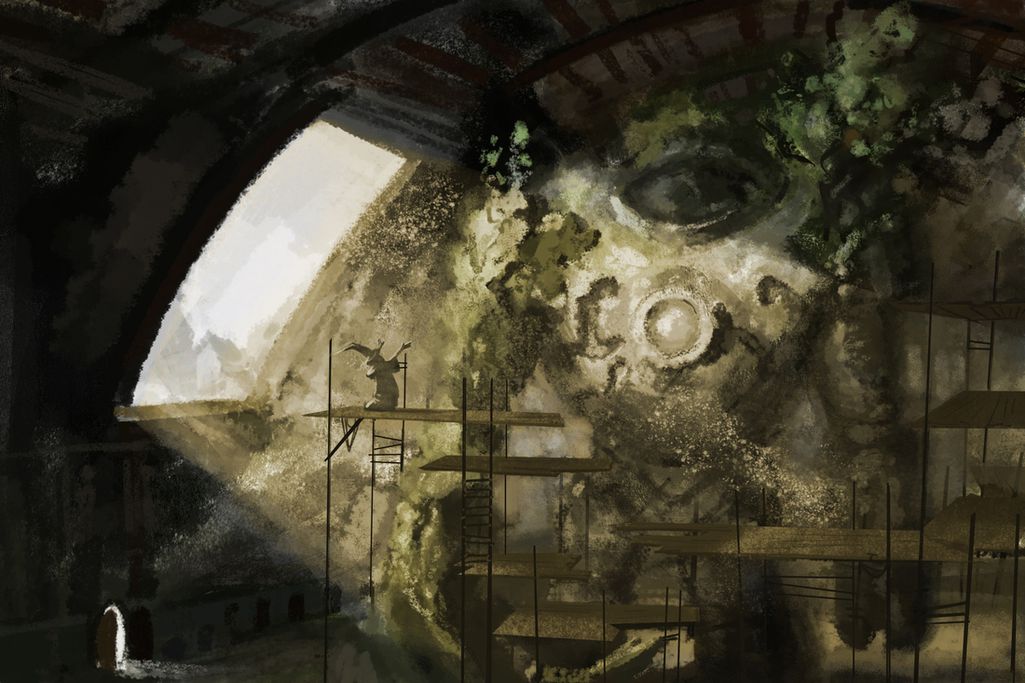 Nestled in Shreveport, Louisiana, more than 300 miles northwest of New Orleans, is the home of Moonbot Studios. The company has made a name for itself building award-winning creative projects, including The Fantastic Flying Books of Mr. Morris Lessmore, which was named best animated short film at the 84th Academy Awards. That same story was also expanded with both a children's book and an iPad app, and working on the Morris Lessmore project eventually led to Moonbot's involvement in Diggs Nightcrawler, an upcoming game for Sony's augmented reality Wonderbook for the PlayStation 3.

That first taste of game development created a desire in the team to do something else, something bigger — something like The Golem. The recently launched Kickstarter project is a retelling of the classic folklore tale, in which players take on the role of the Golem as they attempt to protect the city of Prague. It's a big project that's very different from what Moonbot is known for, but the studio sees it as more of an extension of what they've done in the past. "Games are fun," says creative partner William Joyce, "and we like to have fun." 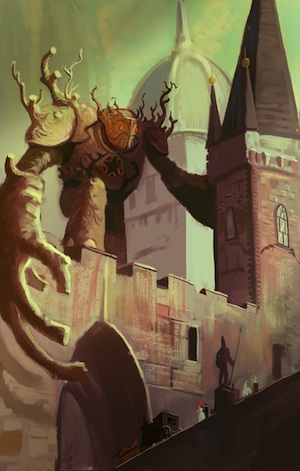 The Golem takes place in the 16th century at a time when a powerful military force is ransacking the world's great cities. To defend themselves, the five guilds of Prague join together to construct a massive human-like creature capable of defending their home. Joyce initially stumbled across the concept through classic film versions of the golem tale, and became especially enamored when reading Michael Chabon's The Amazing Adventures of Kavalier & Clay. As it turned out, Chabon and Joyce lived near one another — Chabon's kids even enjoyed the animated series Rolie Polie Olie, which Joyce helped create. As the two became friends, Joyce discovered just how many versions of the tale there were, and the story continued to fascinate him.

"It's sort of like the first monster movie," he explains. "It seems like Frankenstein, Terminator, all of these monster films about man creating something came from this first story, The Golem." Moonbot began working on golem-related stories, doing plenty of research and writing, and even visiting Prague where they "soaked up the atmosphere." But the project wasn't always destined to be a game. It started out as a novel and then became a film, but around that time the studio was also thinking about doing a longer-form game experience to follow Diggs Nightcrawler — and The Golem, it turned out, was a perfect fit.

"What I think is special about The Golem as a game is how the journey of the protagonist mirrors things we take for granted in games," explains creative director Adam Volker. "So as the player learns the system, which people do in every game that they play, the Golem is learning to be whoever he's going to be." Since the Golem has just been created, this learning includes fundamental things like moving your arms and legs, as well as the more advanced mechanics needed to defend the city. "It's like experiencing babyhood," says Joyce. "Except you're a giant baby." 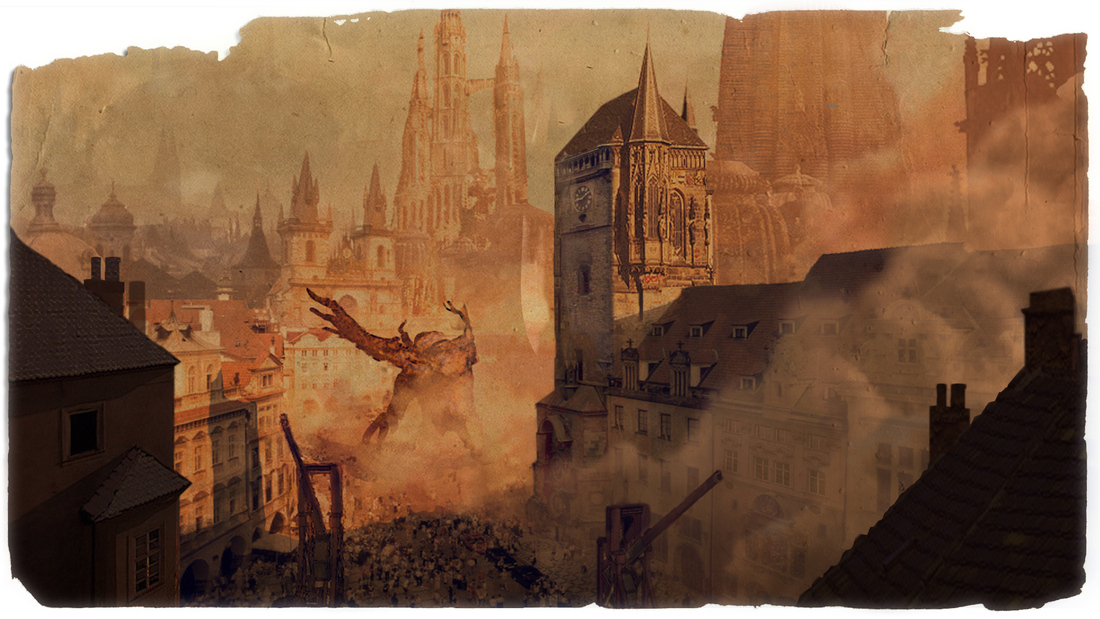 This convergence of narrative and game mechanics is key to what Moonbot wants to do with games — that is, using the medium as a new way to tell stories. The studio has already been successful telling stories through books and movies, but it views games as "a new kind of storytelling" — and one it's eager to be a part of. "I think our priorities might be a little different than your average game developer. Lots of people like to use the word story, but what that means to us specifically might be different," says Volker, describing The Golem's blending of story and gameplay. Over the course of Golem’s quest — which, like Data and the Tinman before him, includes the desire for a human soul — you’ll feel the same joys and frustrations, since you’re literally learning alongside the character.

At least that’s what Moonbot hopes: few games have been able to evoke the kind of emotion that the team is aiming for with The Golem. Joyce cites Journey as an example of an emotionally fulfilling game experience, but unlike Journey developer thatgamecompany, Moonbot doesn’t have a history of creating these kinds of arresting moments in games. This could be part of the reason the Kickstarter has failed to catch on quite the way the studio hoped — it’s an ambitious project from a company few gamers have heard of. As of this writing The Golem has managed to raise more than $37,000, a far cry from its $750,000 goal.

The studio decided to utilize crowdfunding as a way of keeping development independent, thus avoiding the bureaucratic delays and red tape that can go along with working with a publisher — something Moonbot has dealt with in the past working within Hollywood’s studio structure. If all goes well, the game is slated to launch in 2015 on Windows, Mac, and Linux. In spite of the slow start, though, the company hopes that its lack of game development experience won’t deter backers. In fact, it might actually be a good thing.

“My entire career has been about doing things you're not supposed to do.” says Joyce. “There's a theory that the inspired amateur can sometimes break new ground and do amazing stuff that nobody thought of. So it's like, let's do a giant game and make people cry and make people really care. And everybody is like 'but you haven't done this before!' and I'm like 'so fucking what!' We pick things that we haven't done before and we do pretty good. So trust us. Take a chance. The tools are there. We've got talented people and we know what we want to do and we're going to do it. We just love what we do and we're devoted to getting it right and we don't stop until we do.” And that’s true even if The Golem doesn’t get funded, he says.

“We're going to go for it no matter what.” 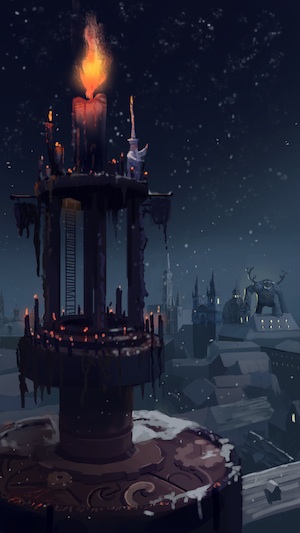