Tempo for iPhone uses AI to fold maps, contacts, and files into your calendar

Share All sharing options for: Tempo for iPhone uses AI to fold maps, contacts, and files into your calendar

Today, a self-described "stealth mode" startup named Tempo AI is taking the wraps off a new smart calendar app for iOS. It's simply called Tempo, and the company is describing it as a "next-gen assistant for focusing your day." By using the same machine learning technology behind Siri and folding in outside data, the company's built a smart calendar that knows where your meeting is, who else is attending, and which files you'll need when you get there, all within moments of opening the app. Or at least that's the idea.

Tempo uses its algorithmic brainpower to scan your calendars, contact list, and emails for as much data as it can find, then ties what it thinks will be useful back into your calendar. The app is conceptually similar to Google Now, a feature introduced in Android 4.1 that automatically notifies you of information that might prove useful during the course of your day. But unlike Google Now, Tempo's suggestions really only relate to your schedule, and in fact aren't pushed in front of you at all. Instead, Tempo does all of its processing when you launch the app, meaning that you'll preserve battery life at the expense of having to wait a moment or two for the app to sort itself out.

In practice, Tempo can do some interesting things with the data it finds. For example, say you've got an upcoming meeting but you aren't quite sure where it is. Tempo can take the location data associated with a calendar entry, combine it with relevant data from Foursquare and Yelp, and present you with a full profile of the site you're heading to. From there, you can get driving directions and even suggestions on where to park. Tempo can also gather contact information about the people attending your events, providing a handy per-event directory of people you might need to get in touch with. Plus, if you sign into Facebook or LinkedIn through the app's settings panel, it will cross-reference your contacts with each service and download any extra information it can find.

Tempo can do some interesting things with the data it finds

Tempo owes much of this analytical ability to its development under a research organization: the company was incubated at SRI International — the same Stanford spinoff which spun-out Siri before it was acquired by Apple. SRI worked on the CALO project, an ongoing DARPA-funded effort to unify various AI technologies into a so-called "cognitive assistant," and both Siri and Tempo are enjoying the fruits of those labors. While Tempo's logic might be somewhat limited right now, its technological underpinnings leave the door open for some interesting new functionality. Singh told us that Tempo might one day be able to find nearby places to eat lunch between meetings, or find alternative locations for events that need to be rescheduled. 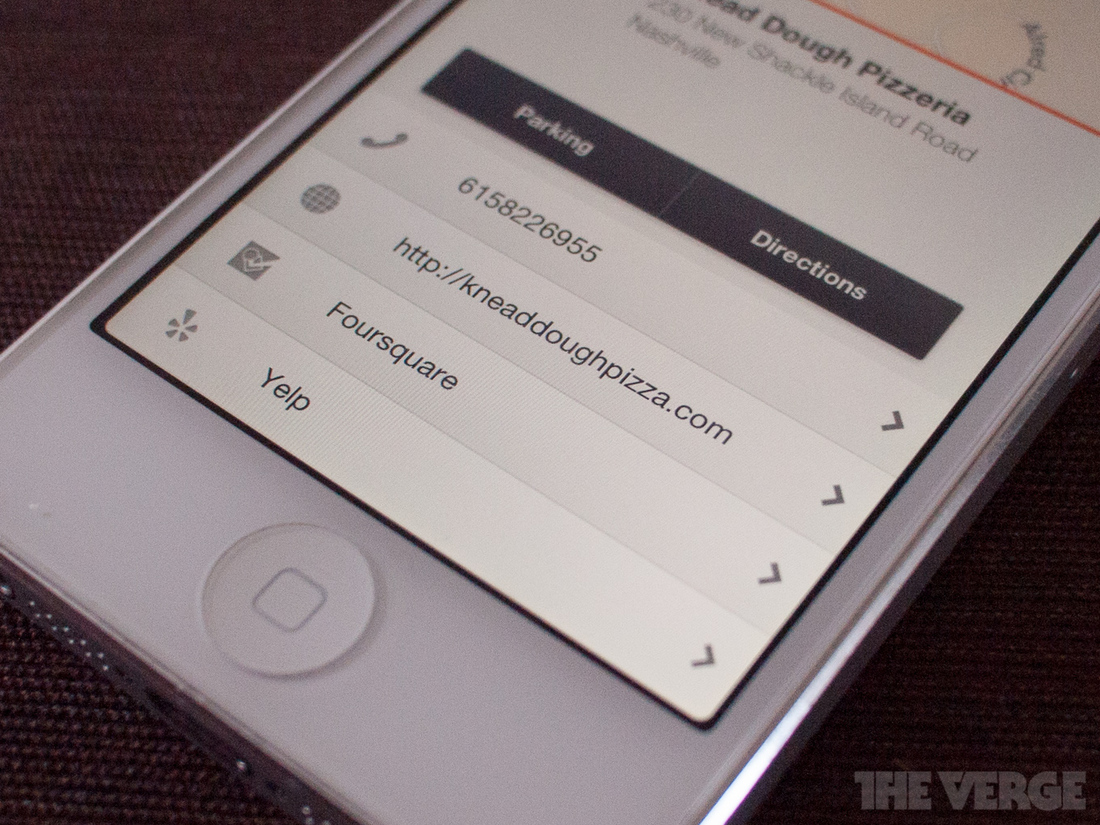 Smart features aside, Tempo is a well-equipped general purpose calendar. It uses iOS's built-in calendar subsystem, so all the calendars you currently have set up will work right away. You can even use Siri to add an event to your IOS calendar, and Tempo will incorporate it after a short delay. The UI is straightforward and attractive, and while it can seem cluttered at times, Tempo AI clearly put some thought into how you use the app. The "Agenda" view, which can be thought of as Tempo's central hub, is a tidy list of your day's events laid out in chronological order. Swiping left or right within this view allows you to move back forth through the days of the week, and if your don't like the Agenda view, you can always navigate to the Day or Week views, which look strikingly similar to the default iOS calendar.

"You have to be at least as good as the native app, and that's been our mantra."

Tempo's iOS-like calendar views aren't superfluous extras: the company needs to attract users who are likely already entrenched in existing productivity apps, so easing their transition definitely works in the company's favor. This is a concept that Tempo AI CEO Raj Singh is all too familiar with from his work as the former VP of Business Development for Skyfire Labs, where he similarly had to convince users to adopt the company's third-party browser over Mobile Safari. When we spoke with Singh, he told us that "you have to be at least as good as the native app, and that's been our mantra." He also claimed that Tempo includes every feature offered by the Calendar app, and while we couldn't prove that definitively, we didn't encounter any glaring omissions in Tempo's scheduling abilities.

However, that's not to say that Tempo is perfect. In the time that we spent with the app, we found that Tempo often struggled with some kinds of data. For example, Tempo isn't smart enough to identify "Skype" and "GoToMeeting" as invalid meeting locations, and will even try fruitlessly to find them on a map. Tempo also seems to have difficulties parsing names if they're misspelled or even missing a capital letter. And while the app was generally successful at identifying the members of our meetings, it would sometimes throw in a personal contact with the same first or last name as one of the other attendees. Tempo's greatest fumble, though, is its inability to properly choose which documents and email attachments relate to a given event. This should improve as you use the app, but we found the contents of Tempo's "Documents" subsection to be cluttered at best, and a complete grab-bag of file attachments at worst.

While Tempo isn't the omniscient cognitive assistant we secretly hoped for, it did fill its role as a smart calendar in the week that we had with it. Useful data was ready for us in our calendar events, even if it was sometimes irrelevant to what we were doing, and the slick UI was a pleasure to use. Singh told us that "we think of this as a next Evernote — a core productivity app that you'll be using every day."

Grab Tempo for free from the App Store right now. We were told that an Android version of Tempo is "on the roadmap," but an exact timeframe has yet to be announced.