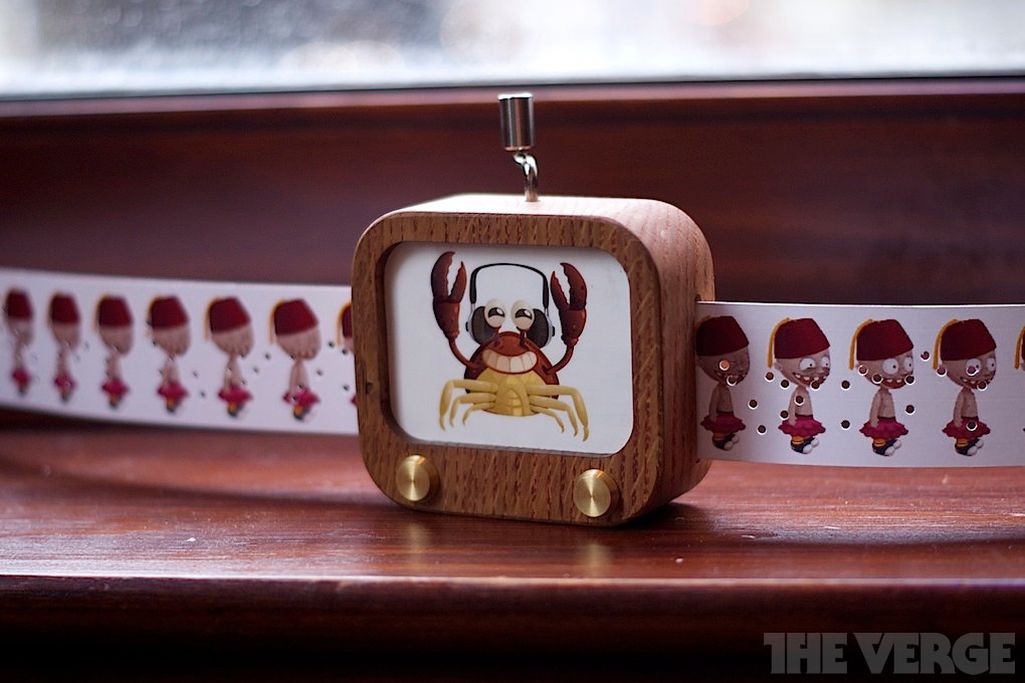 "There's no better word than 'heartbreaking' to describe what it feels like to have to do this," said the creators of Glitch when announcing that the game would be shut down. "And we know that for many of you who poured your creativity, energy, and imagination into Glitch and the community, it will be heartbreaking as well." There weren't enough players to keep the quirky browser MMO afloat financially, but those who were into Glitch were really into it — and that includes its creators. Even though the game itself doesn't exist anymore, several members of the team have taken it upon themselves to help keep the spirit of Glitch alive by preserving the sights and sounds of its virtual world.

Glitch launched in September 2011, and was the brainchild of Stewart Butterfield, co-founder of Flickr (which began its own life as an MMO project called Game Neverending, before becoming the photo-sharing site we all know today). It was an MMO, but this wasn't yet another World of Warcraft clone. Glitch was 2D, side-scrolling, and featured no combat. You'd take on missions that involved milking butterflies and you could hop on a subway to get around. It was weird. But it also had a strong community element and plenty of customization options that helped keep certain players glued.

There was plenty of excitement around the game, and it was clear that it was trying to do something new, but even early on there were signs of trouble — just two months after its big launch the game "unlaunched," reverting back to a beta status. This setback didn't seem to dampen the enthusiasm from the team at developer Tiny Speck, however. "We are more optimistic than ever that Glitch can deliver on its promise of a unique, imaginative world, full of delights and ripe for experimentation and expansion by players," Butterfield wrote at the time. "And we know what we have to do to get there." 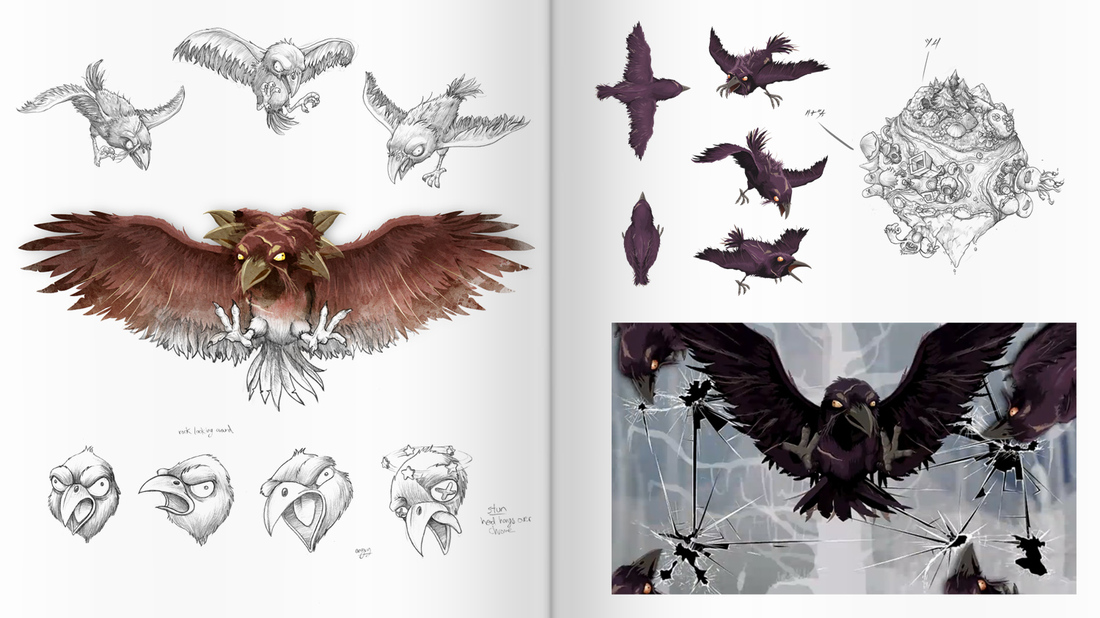 The reasons given for Glitch's demise vary — maybe it was the limitations of the Flash platform, or maybe it was just too darn strange — but for a lot of players the initial appeal came from the game's utterly unique, charming art style. And the game's look was due mainly to the work of Brent Kobayashi (better known to Glitch players as Kukubee). During the early days of Glitch, before he transitioned into the role of art director, Kobayashi drew the majority of the game's art assets — somewhere in the neighbourhood of 90 percent. Like much of the staff at Tiny Speck, he knew that the player numbers weren't exactly where they needed to be for the game to continue, but the shutdown still came as somewhat of a surprise. "I think we were mostly in denial and we didn't want it to be the end," he says.

After the shutdown, when he started packing up his belongings, Kobayashi uncovered a wealth of sketches and old art uploads, the kinds of things that most people — including many of the staff at Tiny Speck — never actually got to see. He thought it might be cool to put everything together and share it internally. "Then I decided, hey, I'll just make a book out of it," he explains. Unfortunately, printing costs proved to be prohibitively expensive, and so Kobayashi turned to crowdfunding with an Indiegogo campaign. The goal was to raise $17,000 to cover costs, though that number made Kobayashi a little uncomfortable. "I didn't want to do it for $17,000," he says. "I wanted to do if for much lower, even if it meant that it wasn't going to be profitable." He was also concerned whether or not a goal that high would actually be reached.

As it turns out, his concerns were unwarranted — the campaign ultimately raised more than $114,000, and reached the $17,000 goal in less than two hours. "I was speechless," says Kobayashi. The response was so overwhelming that The Art of Glitch may ultimately be available in digital and softcover formats, in addition to the hardcover book, when it’s released later this year. The ten-by-eight-inch book will feature everything from large, full color illustrations of important characters, creatures, and locations, to sketches of ideas that didn't quite make it into the final product. It will even include in-game snapshots taken by players, a seemingly perfect addition considering just how community-driven the game was.

Aside from the book, players will also be able to use some of the artwork for, well, whatever they want. Less than two months after Glitch shut down, Tiny Speck released a batch of art assets under a Creative Commons license, giving fans the option to use them in interesting new ways. "I can't wait to see what people do with it," Kobayashi says of the news. And indeed interesting projects have already started to pop up, including a full-fledged HTML5 platform game called Game of orbS. The game even includes sounds effects from Glitch, which is another aspect that former members of the Tiny Speck team are trying to keep alive. 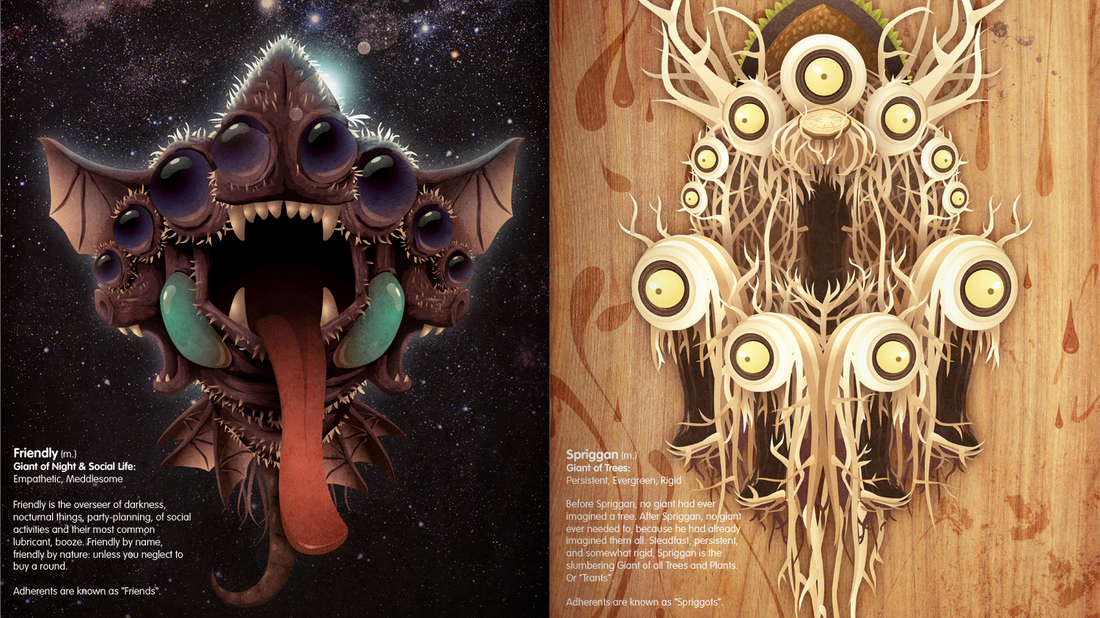 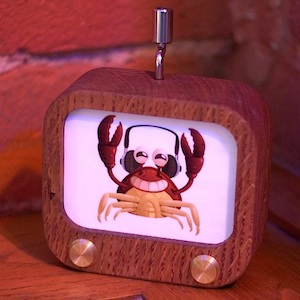 Much like Kobayashi, when he learned that the game was being shut down, musician Danny Simmons wanted to collect all of the songs and sounds that he and others had made for the game. "There's no way that I was just going to leave all that material to disappear into the ether," he says. While it was something he wanted to do no matter what, he also realized that there might be a demand for such a compilation amongst the Glitch community — after all, some players had already gone to the trouble of ripping sound files from the game for their own listening pleasure. Simmons launched an Indiegogo campaign to fund the launch of a music collection — which included not only a double-CD album, but also digital collections of sound effects, ringtones, and more — and, much like the art book, the response was overwhelming. Simmons was hoping to raise just $8,000 to cover costs, but ended up topping the $50,000 mark.

He's still in the process of organizing everything, a difficult task considering that songs in Glitch consist of a series of tracks looped together, which isn't exactly ideal for an album you'll listen to on its own. "I have all these tracks on all these different files and now I have to figure out how to get them all together and mix them properly," says Simmons. "It's a little bit of a jigsaw puzzle. The challenging part is that people have heard these — some people have put thousands of hours into the game. So one of the challenges is going to be putting this on an album without pissing people off because it's not exactly what they heard before." He says that the goal with the main album is to create a mix that "even people who didn't play Glitch can appreciate."

Aside from the music itself, backers who pledged at least $227 will also receive a "Crab Musicblock" — a real-life version of an in-game item that works much like a musicbox. Cranking a specially printed strip through the wooden box will play the Glitch theme song, and each strip will be customized with a sprite sheet for the backer's Glitch avatar. With the help of Mark Kett — who did some work on the game and also builds custom guitars — Simmons has already created one working prototype, and it's impressively solid and attractive, complete with a charming crab drawing from none other than Kobayashi. More than 100 backers paid the requisite amount to get a musicblock of their very own.

The strong support for these projects shows just how dedicated Glitch fans are, even with the game no longer playable. For Simmons, the reason the game managed to attract such a dedicated group is clear. "I think it was because of the care that went into the game," he says. "Given the amount of time and effort and thought and heart that went into the game, there's no way people wouldn't be into it." This sense of community also extended to the team at Tiny Speck — the studio has kept an IRC channel open so that team members can keep in touch, even as they move on to other projects and new companies. "I love these people like they were my family," Kobayashi says of Tiny Speck. "And the players got really close to the team as well. We're just a really close team and we didn't want it to die."