Share All sharing options for: Pinball project aims to resurrect the arcade with classic restorations and custom reinventions

The American arcade may be dead, but Tilt Warning Customs is betting that won't be a problem for its latest project: the custom pinball machine company plans to open a new arcade that will blend retro authenticity with modern style. There will be five pairs of classic Gottleib tables such as El Dorado and Big Shot; the twist is that while one of the tables will be restored to its original state, the other will undergo a custom conversion by modern pop artists.

The project just launched on Kickstarter, where Tilt Warning Customs is targeting a funding goal of $75,000 — additional artists and machines will be added for every $20,000 over that amount. Pledge rewards run from stickers and posters from the artists involved all the way to silkscreened backglasses from the tables.

If funded, the plan is to open the arcade at San Francisco's FIFTY24SF Gallery in summer or fall of next year, and then the team will either take the project to other locations around the world or move it into a larger, permanent SF home. 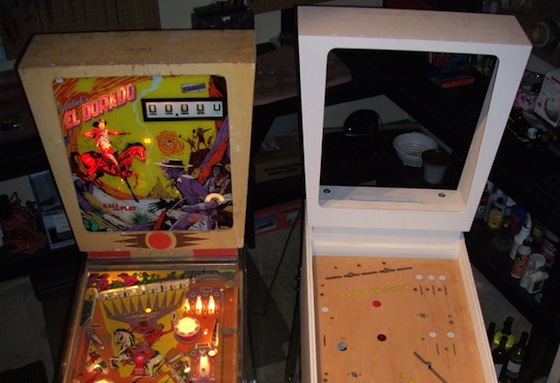