Death of a meme: Facebook and Google do the Harlem Shake

If you've been browsing YouTube over the past couple of weeks you've probably noticed a new 30-second meme emerging. Described as the Harlem Shake, participants use Baauer's dance track to create a short video that starts with a lone dancer which then drops to a group of everyone going crazy. Like all virals, it's a bizarre trend that's starting to capture the imagination of the world, amassing 12,000 videos since the start of the month. Google and Facebook employees are the latest to participate.

Google's version starts on its famous campus lawn, complete with its Android statues. Facebook's is also located on campus, next to the company's hack sign at its Californian headquarters. Crazy dancing aside, Google has captured the meme perfectly, but Facebook's version doesn't follow the single lone dancer with a hat structure. We can't protest too much though, everyone on the internet is apparently doing it wrong. 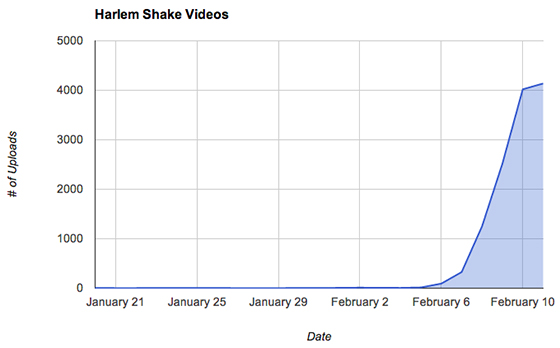 Now the meme has truly reached the mainstream, after only a matter of days, it feels played to death. The uploads on YouTube might be trending up, but the Today Show put the nail in the coffin recently with valentine's day hearts. After all, an internet meme is only fun until your parents find out about it.