In some ways, the digital pet is a natural fit for a world where almost everybody already carries some kind of electronic helper in their pocket. At the same time, there was a kind of charm to the simple, single-use keychain of our youth, with its unlabeled buttons and simple commands. Tamagotchi, the original virtual pet maker, is attempting to split the difference — though we're not sure it's doing so very well. 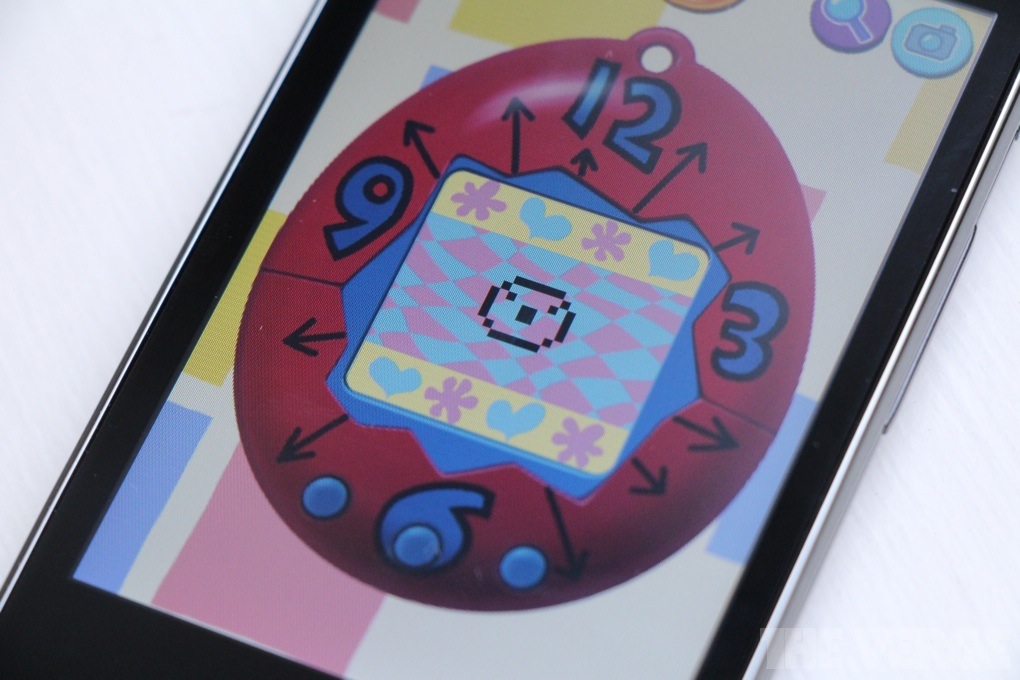 Tamagotchi Life, released today for Android and later coming to iOS, lets users raise the pixellated, monochrome creatures you remember. The app switches between "toy mode" and "app mode," the former mimicking the style of the original Tamagotchis with a three-button "shell" and the latter adding more phone-friendly icons, colored pets, and some minigames. The design is a weird combination of retro and modern, with "app mode" giving you giant pets that look like they were made in MS Paint below Android skin-style icons and above jarring banner ads.

Of course, Tamagotchi isn't the only company making phone pets now. Hatch asks you to take care of a colorful "fugu" that responds to what you're doing on your phone (like listening to music), and the iBitz fitness tracker ties care of its pets to exercise. Tamagotchi, by contrast, hasn't changed much at all in the Life app. Though you can share images of your pets or see the new forms and shells you've unlocked, it's clearly drawing on nostalgia more than anything. Tamagotchi Life is free but ad-supported, with a paid ad-free version supposedly coming later.