A painful, rewarding, and theatrical myth of a game

Despite the recent push for more nuanced and realistic narratives, some of my favorite story-driven games earned their place with grand gestures, and the recently re-released System Shock 2 is right at the top. Though the game follows 1994 Warren Spector title System Shock, it stands solidly on its own. It’s a first-person shooter set on a massive spaceship, trillions of miles from Earth, about godlike beings — but it’s also an evocative, rewarding, and personal piece of survival horror that feels more like myth than fiction.

System Shock 2 is undeniably crude in a way we haven’t yet learned to identify as retro. Even with community mods, the graphics are ugly in that peculiarly ‘90s gun-metal way. Voice actors read through lines like they’re giving a PowerPoint presentation, and you’re frequently bombarded with identical enemies marching in lockstep. But all these elements are essential. While its lush successor BioShock strived to evoke individual people and places, System Shock 2’s blocky sameness gives it a theatrical quality that fits its larger-than-life characters. I wouldn’t complain about its flat, empty rooms any more than I’d complain that a King Lear set doesn’t look like a real castle. 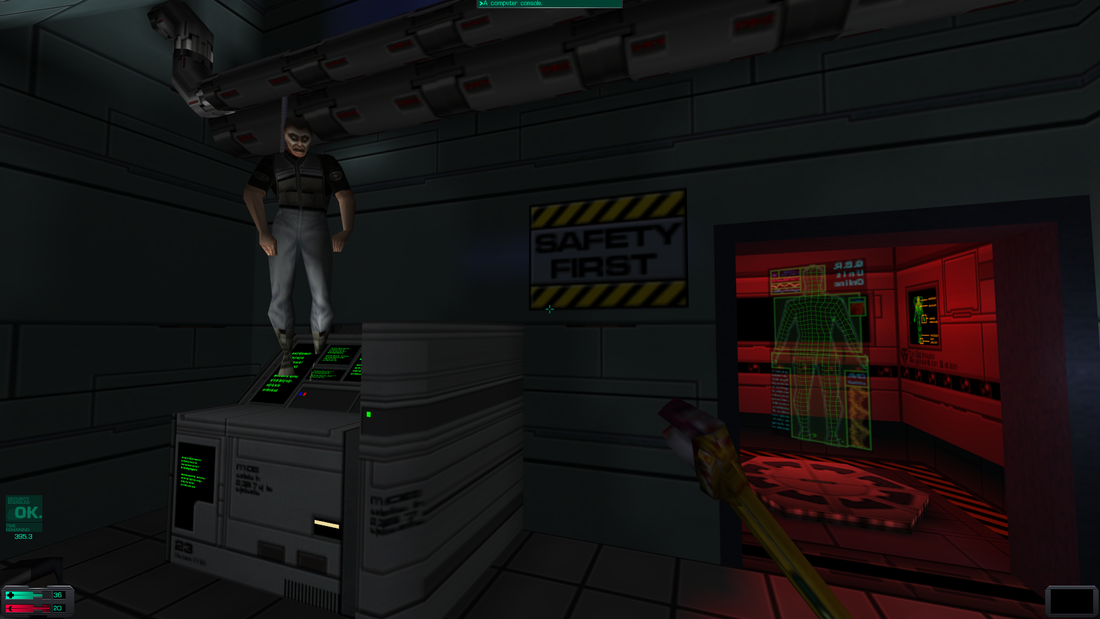 The characters themselves are just as archetypal. There’s the captain desperate to avoid becoming his power-hungry father, the scientist whose work is hijacked for political gain, the lovers who brave death to be together, all observed through the lens of a cyborg who speaks precisely once. The stakes are even more stark, but it’s hardly good against evil. Your enemy is The Many, an apparently alien hive mind that reveres the serenity of its assimilated hordes. Your ally is SHODAN, a chaotic, genocidal AI from the first System Shock who prizes the sharpness of her own mechanical intellect over the weakness of flesh. The difference between them is not as great as it may first appear.

All this could be theoretically compelling but functionally boring, except that it’s backed up so perfectly by System Shock 2’s harrowing atmosphere and gameplay. Especially in the early stages, the game is punishingly difficult: weapons start degrading within a few shots, and early parts of the skill tree are all but useless. As options open up, you’re forced to specialize relentlessly: expect to make tough choices about whether you’d rather be able to set enemies on fire, hack anything you want, or fire beakers of worms out of a hand cannon. You’re grateful for any help you can get, regardless of where it comes from, and the feeling of being trapped is overwhelming — hemmed in by the void of space and an ever-tightening web of creatures who used to be your shipmates. 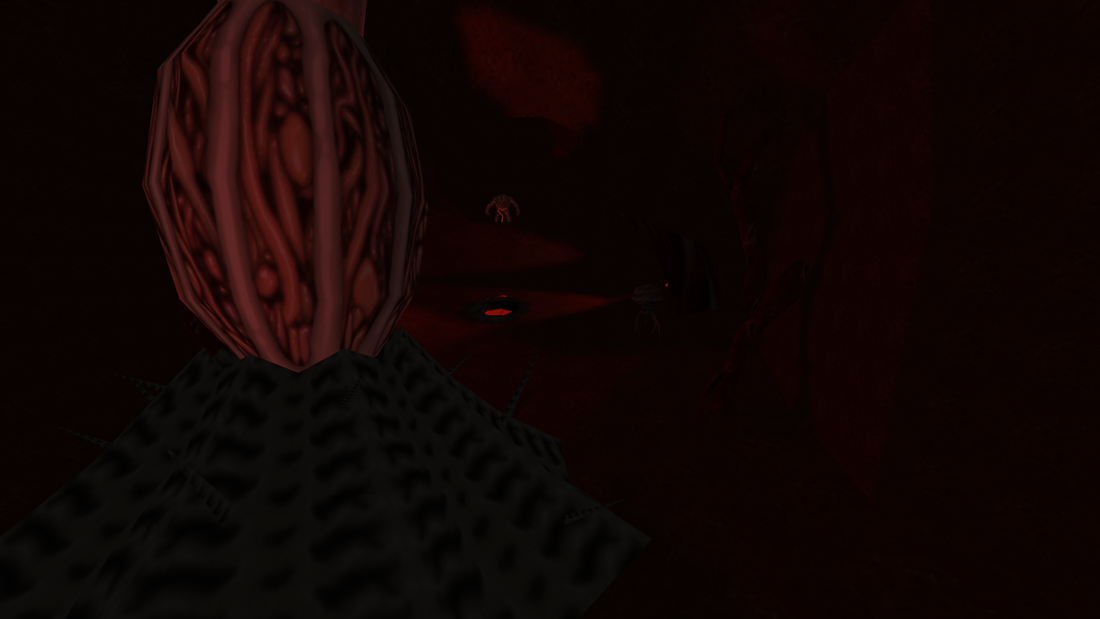 Every creature in the game may be trying to kill you, but the truly scary thing is how indifferent most of them are about it. Though you’re as inordinately powerful as any shooter protagonist, System Shock 2 makes you feel tiny, caught between massive entities who operate on principles no human could sympathize with. The monstrous people you fight apologize as they strike, or muse mechanically about the "little ones" they’ve been tasked to protect by a weird, womb-like overmind. SHODAN may once have tried to blow up, mutate, and take over the world, but no matter how often she rails against your human frailty, her hatred is almost preferable to the alternative. Better to be the target of someone’s disgust than more raw material for utopia.

System Shock 2 set the stage for two of the biggest horror franchises today. BioShock further developed Ken Levine’s ideas about extreme ideologies but dramatically cut down on gameplay, and Dead Space drew on its dark, cramped spaceships and adapted its hive mind religion. But neither can match the original for sheer staying power. Go on, join the crew of the Rickenbacker, and have fun developing a pavlovian aversion to footsteps and monkey cries.