Having outed "the world's fastest mobile processor" during CES in the shape of the quad-core Tegra 4, Nvidia is now heading into MWC with its next big announcement: the Tegra 4i. Unlike its more senior sibling, the 4i isn't built around the ARM Cortex-A15 architecture and it has a fraction fewer GPU cores, but what it lacks in pure grunt it makes up for with LTE. Yes, Nvidia is finally delivering on its long-held promise of an integrated Tegra and LTE combo chip.

Codenamed Grey, the Tegra 4i is designed to run four processing cores at a speed of up to 2.3GHz and is targeting mainstream smartphones, leaving the "superphone" and tablet categories to the Tegra 4. As you'll see from the chart below, the overlaps between Nvidia's two leading SoCs are plentiful, however the big advantage of the ARM A9-based Tegra 4i is in having a much smaller chip size and, by virtue of integrating the modem within it, a smaller power requirement. Nvidia's Computational Photography Architecture has been rechristened to the rather more appealing Chimera and is also present on the new Tegra 4i chip. 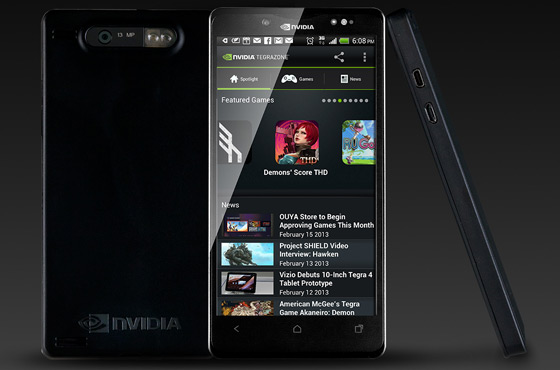 In order to push the advantages of its new processor, Nvidia's also introducing the Phoenix development platform. This spartan smartphone design will serve to demonstrate the convergence of all of Nvidia's projects, including Chimera and DirectTouch for enhanced touchscreen sensitivity, while also providing a blueprint to help manufacturers get Tegra 4i smartphones to market quicker. It comes with a 5-inch 1080p display and is only 8mm thick — specs which Nvidia describes as high-end today but expects to see in the mainstream within a year's time. We should be able to get a glimpse at the Phoenix device during Mobile World Congress in Barcelona this coming week, but actual retail devices look likely to be a few months off yet. 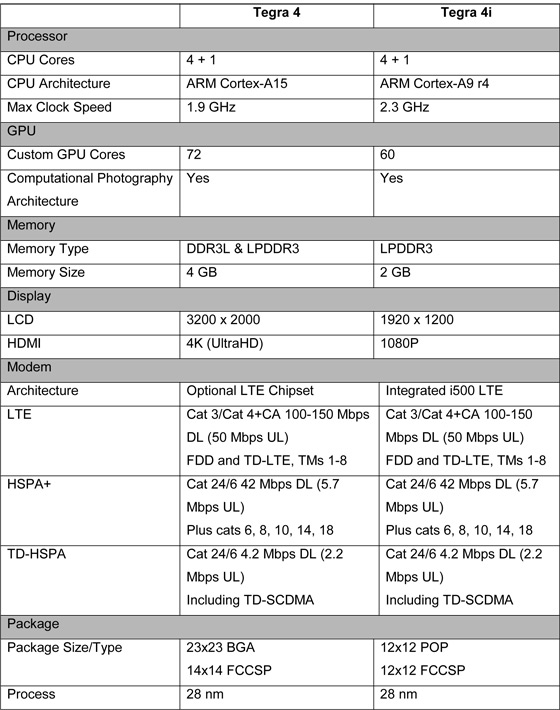