The PlayStation 4 is coming, and gamers around the world have gotten their first look at titles they'll be playing on Sony's new console when it hits retail shelves. The first title showed off was Knack (below), developed by Sony's in-house Japan Studio. Clearly a showcase of the console's horsepower, a brief demo featured hundreds of objects whizzed around the game's main character with nary a hiccup. In terms of visual style, the game takes on an animated movie-like appearance. Knack was also used to demonstrate Remote Play on the PlayStation Vita, and again the game looked spectacular when beamed over to Sony's portable device.

Killzone: Shadow Fall also served as the first live demonstration of PS4's sharing functionality. Sony has already uploaded its on-stage presentation, which you can stream below.

Racing fans also have something to look forward to: a "team-based" racing game called Driveclub was next on the demo list. "Driveclub isn't just about cars or locations, but about people," said the presenter from Evolution Studios "Collaborative racing with friends, on teams." In-game mechanics will reward players who play together, and Driveclub will also feature integration across smartphones and tablets, giving players the ability to select cars and tracks from these devices.

Longtime Sony developer Sucker Punch took to the stage next with the next entrant in its Infamous franchise, which as you'd expect will be an exclusive on PlayStation 4. Infamous: Second Son returns to the dark, brooding world of prior games in the series with players once again given superhero-like abilities.

Audience members were then treated to a demo of The Witness (below) from developer Jonathan Blow. In development since 2010, the 3D puzzler will be an exclusive to PlayStation gamers (at least initially.) 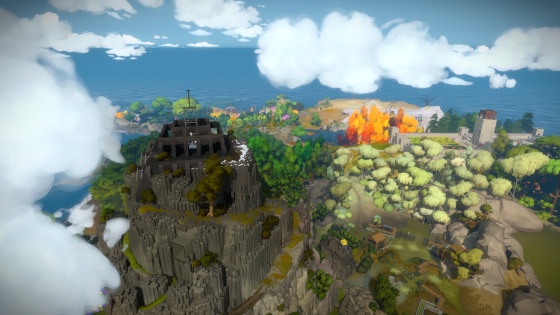 An old man's head was among Sony's most impressive demos

Polyphony Studios mastermind David Cage was next to present, showing off perhaps the most impressive tech demo of the PlayStation 4 yet. An ultra-realistic 3D model of a human head was displayed for onlookers, with Cage pointing out the sheer mass of pixels that can now be used to build video game characters. By his count, 30,000 pixels can be utilized this year, compared to 350 in 1999 and 1,500 in 2005. 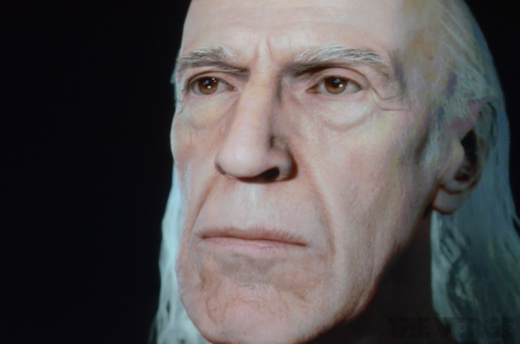 LittleBigPlanet developer Media Molecule was next, though Sackboy was left out of its on-stage demo. Instead, the studio hinted at what will be possible with PlayStation Move on PS4. Presenters used the Move controller to sculpt virtual 3D objects in realtime. "The point is that it's fast to create," said Alex Evans.

Capcom used the event as an opportunity to reflect on the longstanding relationship it's maintained with Sony. After looking back at some of his company's greatest hits, Yoshinori Ono unveiled a new gaming engine produced by Capcom for the PlayStation 4. Dubbed Panta Rhei, the new engine will be utilized in a new game under the working title Deep Down. 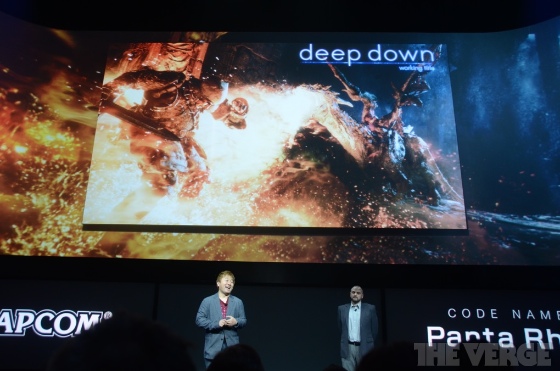 Square Enix was next, though it opted to screen a tech demo for viewers rather than sample a full-fledged game. However, it hinted that we'll be hearing about a new Final Fantasy title at this year's E3. Though we didn't get to see a single frame of gameplay, there's little doubt the game will be among the most anticipated on Sony's new console.

Next up was another look at Watch Dogs, a game previously shown at E3 last year. Tonight's demo closely resembled what we've already seen. "Once you can invade anyone's lives, anything can happen right in front of you," is how the game's creepy premise was explained on stage.

One of the most surprising moments of the night came when Chris Metzer of Blizzard announced a strategic partnership with Sony that will see Diablo III come to the PS3 and — of course — the PlayStation 4.

For the first time ever (and as the evening's closing act), Bungie took part in a Sony keynote, announced that its upcoming blockbuster Destiny will be released on both PS4 and PS3 with exclusive playable content for PlayStation gamers.

Update: Sony has posted trailers for all of the games it showed off today on YouTube. It also thoughtfully arranged them into a single playlist, which we present below.