MWC 2013: what to expect from the biggest mobile show of the year

Some headliners will be quiet, but there's still a lot of action in Barcelona

Share All sharing options for: MWC 2013: what to expect from the biggest mobile show of the year

Next week, heavy hitters in the mobile industry from around the world make their annual pilgrimage to Barcelona, the beautiful capital of Spain’s Catalonia region, for Mobile World Congress. Though it’s not the biggest consumer electronics show in the world, make no mistake, MWC is a huge event — and for anyone following the smartphone business, it’s still the Super Bowl.

But the tone of MWC, as with many technology-focused trade shows, has changed. It’s a trend that came through loud and clear at CES just over a month ago: announcements that would’ve been made here in years past are now being made at one-off events in New York or London. Some companies that previously exhibited here are pulling out altogether, making room for new ones to move in. And the upheaval is happening just as MWC takes residence in a new, larger venue several miles from the old one.

So what do we expect when the press conferences kick off in a few days’ time?

Last year’s MWC was headlined in part by the announcements of the HTC One X and One S, but even without any inside knowledge of HTC’s presence at the show this year, it’s easy to guess that it won’t be going big with a Barcelona presser — it already introduced the One this week with events in New York and London. How come? The usual reasons that companies opt out of going big at trade shows, in all likelihood: HTC didn’t have to share the stage with anyone. It’ll own the news cycle on Tuesday rather than getting lumped in with scattershot announcements from dozens of companies next Sunday or Monday. 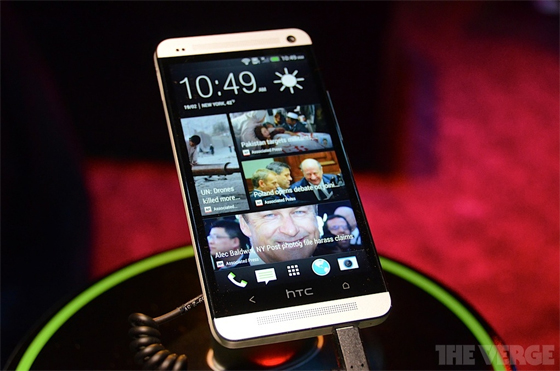 HTC will have a booth at MWC, so that’s good news for the thousands of attendees who won’t have an opportunity to play with the One beforehand.

The big guns don't want to share the stage

Samsung already set a precedent for a quiet MWC last year when it elected to show the Galaxy S III at its own event in May, and odds are very good it’s planning the same thing in 2013 — it seems to be striving for an annual release cadence on its flagship device, which makes MWC a little early (March 14th is looking like a solid guess). Its other major smartphone, the Galaxy Note, isn’t due for a refresh yet since the Note II was just unveiled last August.

But Samsung probably won’t be a no-show altogether: the rumored Galaxy Note 8.0 tablet has been leaking fairly regularly the past few weeks, and MWC would be as good an occasion as any to show it. Last year, Samsung unveiled the Note 10.1 here along with the oddball Galaxy Beam, but it’d be a shocker to see another Beam model this year considering how little attention it got in 2012.

Nokia pulls out all the stops, but Microsoft stays quiet

Nokia hasn’t had a flagship product announcement since last September when the Lumia 920 was unveiled. That’s not a long stretch for Apple or Samsung, but for Nokia — a company that’s still trying to find its footing in a post-Symbian world — rapid iteration is the name of the game. From early indications, it looks like Espoo is planning a big press conference for the show, perhaps the biggest among major manufacturers. It will focus on Windows Phones and its low-cost Asha line.

We’ve heard that Nokia hopes to bring its PureView camera technology to Windows Phone this year after initially launching on the Symbian-powered 808, and we could see that in the device codenamed EOS next week. That’d be particularly timely considering the rumors that HTC’s One will incorporate some interesting new camera technology. 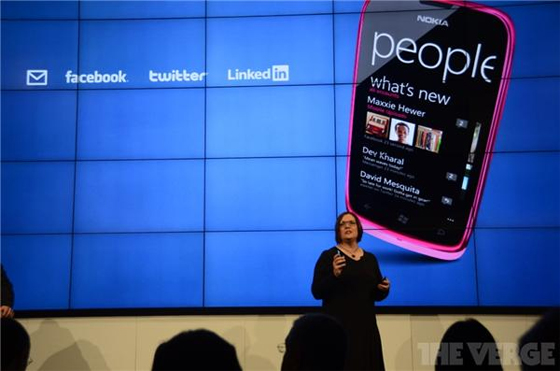 The real wildcard for Nokia, though, is the long-rumored Windows tablet. Company executives have repeatedly hinted that tablets are a possibility, but details have been extraordinarily scarce. Our latest intel suggests that an MWC announce for a tablet isn’t in the cards.

Will we finally see the PureView Windows Phone?

That’s odd, because the window for getting a device into users’ hands within Windows 8’s launch (and hype) window is closing, so this would be as opportune a moment as any. We’ve heard that Nokia has been experimenting with both Windows 8 and RT variants; the latest signs suggest that the RT version has been scuttled (not unlike Samsung). Could they be waiting for the launch of Windows Blue at this point?

And speaking of Windows, don't expect a big press conference from Microsoft — last year, it used the Barcelona stage to roll out Windows 8, but it'll be a quieter affair for Redmond this time around. There's no sign that we're going to see Windows Phone 8's successor just yet.

Google — which has developed a reputation for setting up wildly complex, entertaining booths at MWC — is taking a breather this year with a quieter presence (it typically hasn't announced anything huge at the show, but the booths became stories in themselves). Subsidiary Motorola Mobility doesn't typically announce much at trade shows in general, and we're expecting no different from this one; it seems the rumored "X Phone" isn't ready to show.

Like HTC, LG took the wraps off its next flagship a little early, presumably to stay out of the news firehose coming this weekend: the 5.5-inch Optimus G Pro is designed to do battle with Samsung’s popular Galaxy Note II, and for many, MWC will be the first opportunity to touch it.

That’s not to say MWC will be a bust for LG: it has posted a teaser pointing to next Monday, the 25th, suggesting that we’ll see a number of new models. In all likelihood, they’ll be Android phones that slot in underneath the flagship Optimus G line.

Sony, meanwhile, looks like it might be primed to show an enormous 6.44-inch phone at the show after components leaked last month. That’s bordering on tablet territory, but Huawei’s enormous Ascend Mate already suggests there might be a market for phones above the 6-inch mark.

While HTC, Samsung, and LG are showing their top-of-the-line phones elsewhere, China is seizing the opportunity — just as it did at CES. Huawei will be showing the successor to its slim Ascend P1; current rumors peg it for a 13-megapixel camera (quite the opposite approach that HTC is taking with the One) and a blistering 8-core processor.

Mozilla debuted Firefox OS at MWC last year, and this time around, it has production hardware to match. ZTE had been promising a Firefox OS device in the first quarter of 2013, and MWC is where we’re going to see it alongside the Grand Memo, yet another giant phone — 5.7 inches, in this case — designed to do battle with the Galaxy Note series.

Amid a mix of midrange Android hardware from dozens of manufacturers around the world, there will undoubtedly be other standouts. Asus often makes a splash in Barcelona, and a new video teaser released this week promising a "metallic miracle" suggests they’ll be at it again.

This could be another breakout show for Chinese companies

But with perennial headliners like Samsung choosing to showcase their biggest products elsewhere, MWC is definitely opening up to a new class of newsmakers — Chinese companies like Huawei and ZTE who’ve been increasing their visibility in the Western world with each passing year. 2013 promises to be no exception.

Regardless of what happens out in Catalonia, we'll be there bringing it to you live.