Life support: can Sony save the PlayStation Vita?

Sony's dream portable is one year old, but it's trapped in an older past

Share All sharing options for: Life support: can Sony save the PlayStation Vita?

The PlayStation Vita was released in North America one year ago today. A little earlier, I'd given the system a glowing review upon its Japanese launch, and what I wrote holds true: the hardware is still fantastic, the screen is still beautiful, and there's still no better platform for playing games on the go. In theory.

In practice, things haven't quite worked out that way. Sales are lower than Sony expected, there's little in the way of exciting software on the horizon, and there are real questions surrounding the future of dedicated handheld games consoles in general. For a system with a name that's supposed to connote "life," the PS Vita's prognosis looks gloomy indeed.

So what can Sony do? It had the eyes of the world on it this week: first with an online broadcast announcing details of new software, and then a huge event in New York on Wednesday to show off its plans for the PlayStation 4. If ever there were a time to put forward a convincing future for the Vita, it would have been over the past few days. Ultimately, though, Sony didn't step up to the plate. There were some promising developments, and it would be premature to call the system dead at this point — but it's living on borrowed time. 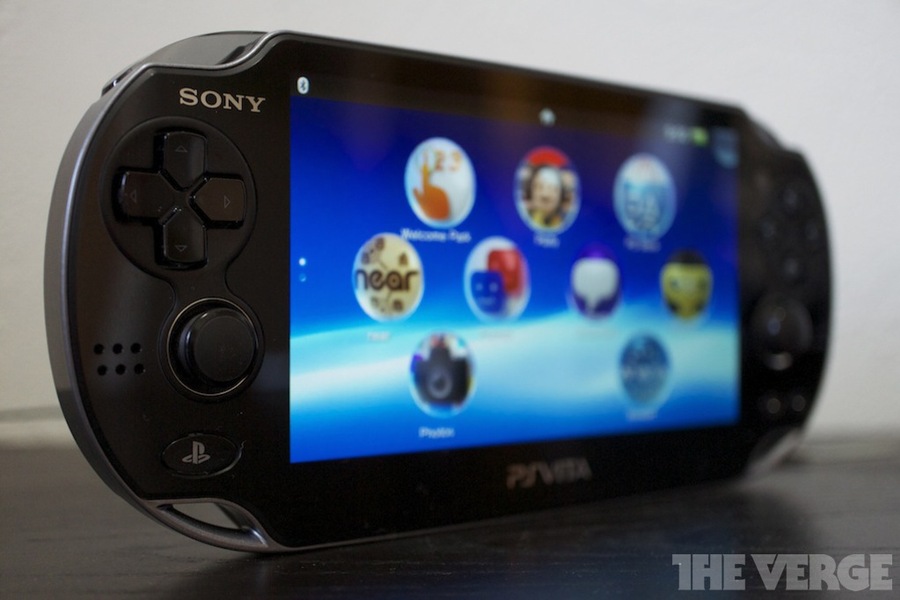 The first bit of good news Vita owners had heard in a while came at the PlayStation 4 event. Sony called the Vita "the ultimate companion device for PS4," and there may be some truth to that: you'll be able to play PS4 games on your Vita via Remote Play streaming, and the aim is for every next-generation title to be compatible. While the PS4 will support second-screen phone and tablet apps for Android and iOS, those are limited to Xbox SmartGlass-style control functionality — Sony is keeping PS4 game streaming to the Vita for now. It seems unlikely that many people would buy a $250 handheld to play console games they already own on a smaller screen, but it does sound like a cool feature for existing owners that could take a little wind out of the Wii U's sails.

Sony also announced a significant price cut for the Vita in Japan this week: 20 percent for the Wi-Fi model and 33 percent for the 3G version, meaning that they both ended up at 19,980 yen (about $215). Unfortunately the company says its North American arm won't match the price cut, chalking up the Japanese drop to exchange rate fluctuations — despite the fact that the recent depreciation of the yen means the Vita is now considerably cheaper in Japan than in Europe or the US.

In any case, cutting the price is something Sony absolutely must follow through on outside Japan if the Vita is ever to gain any traction — there certainly aren't any killer apps convincing many people to hand over their $250 in the meantime. Its version of Call of Duty was a disaster, for example, and most of the rest of the Vita line-up is made of ports and B-grade franchise entries by second-string studios.

It's the mobile market that poses the biggest threat to the Vita's viability on both the software and hardware fronts. Not only are more and more people choosing to play their portable games on phones and tablets, but the breakneck pace of mobile hardware innovation has the potential to render the Vita's ostensible power advantage moot. And with the iPad mini offering an huge increase in functionality for just $80 more, Sony's pricing suddenly looks a lot less aggressive in 2013.

That said, the benefits of a fixed platform are real; by the time the PlayStation 4 launches this holiday, the PS3 will have gone seven years without a replacement despite the prevalence of far superior PC hardware. The current iPad may have comparable horsepower to the Vita, but Sony's handheld still plays host to the most technically impressive portable games around — and that's before you consider the advantage of physical controls. The Vita is a wonderful gaming machine on paper, but it needs games that live up to the promise. 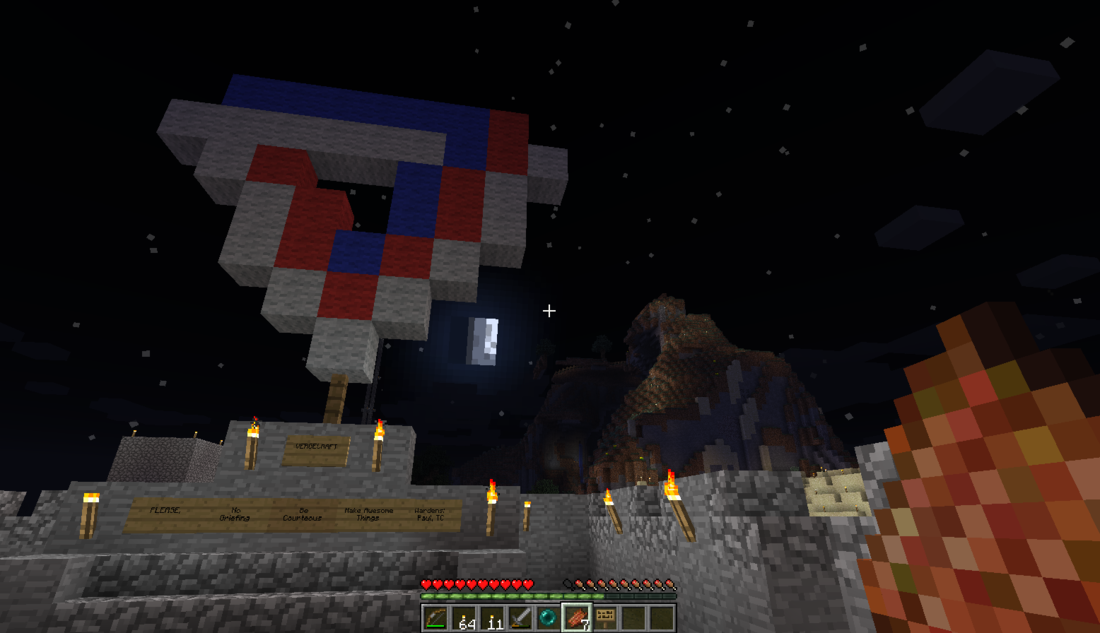 Even then, there's an argument to be made that a fantastic gaming machine isn't enough any more. Wired's Chris Kohler may have summed it up best with his codification of "The Minecraft Test," a set of rules that any platform must comply with if they're to have any hope whatsoever of spawning a modern hit on the level of Notch's world-building masterpiece. For example, the system must let developers set any price they want, submit games without a lengthy approval process, and issue instant, free, unlimited updates. The Vita breaks almost every single rule, and so does every other game console currently on the market. The Vita's problems don't have anything to do with its capability to run great games; instead, it's been caught flat-footed by a shifting industry that gives developers greater incentive to work on more accessible platforms like iOS and the PC. Platforms that allow for new business models, new communities, and new approaches to game creation.

if the next 'Minecraft' is too much to ask for, at least the next 'Gran Turismo' might help

But the paucity of must-have titles means the Vita isn't doing particularly well as a traditional console, either — even if the next Minecraft is too much to ask for, at least the next Gran Turismo might help. Unfortunately, there's little evidence that any such thing is on the way, beyond the seemingly obvious assumption that Sony would want to leverage its vast library of IP — the 3DS is at least as guilty of the above sins as the Vita, but Nintendo has mitigated the issue with a stream of excellent software. At the Vita software announcement broadcast on Monday, however, Sony announced precisely zero new games for its portable system. Instead, we got a few new details on a series of Monster Hunter clones in a desperate attempt to fill the gap left by the defection of Capcom's flagship franchise to the 3DS. To make matters worse, Sony is offering most of these titles on the PSP as well — the system Monster Hunter made its name on, and the system that the majority of people interested in these games will already own. If there's a method to the madness here, I'm not seeing it. 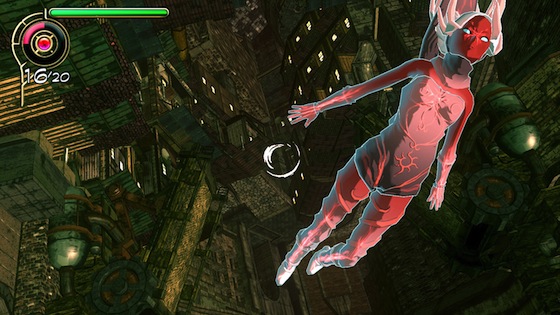 I don't regret buying my Vita in the slightest. There have been some great games since its release — Gravity Rush (above), WipEout 2048, and Sound Shapes, to name but three that I wouldn't dream of playing on an iPad. The recent addition of PlayStation Plus support has provided a solid stream of free content, too, and makes the system a much more attractive purchase. But people like me won't be enough for Sony. The Vita needs a hit: a Monster Hunter, a Nintendogs, anything to make it appeal to anyone that isn't a hardcore gamer. And even if it gets one, that probably won't shake the feeling that the system is fundamentally anachronistic. The PS Vita is the best handheld console ever made; it's just had the misfortune to arrive at a time when no-one — not developers, not consumers — seems to want one.