Back in 1979, celebrated comic book artist Jack Kirby was contracted to draw concept art for a film based on the sci-fi novel Lord of Light, before the project was scrapped. The script (renamed Argo) and Kirby's drawings were later used by the CIA as part of a cover story to rescue six American diplomats during the Iranian hostage crisis in a tale that was fictionally told in Ben Affleck's Oscar-forerunning film Argo. Kirby's fantastical original concept art has now been obtained by Buzzfeed, marking the first time high-resolution versions of the pieces have made it online, and among locales like the "Hostel of Hawkana" and the "Terminal of the Gods" heliport is a drawing of Science Fiction Land, a theme park the original Lord of Light filmmakers planned to create in Colorado using the movie's sets. Unfortunately it never saw the light of day, but it lives on in Kirby's distinctive drawings. 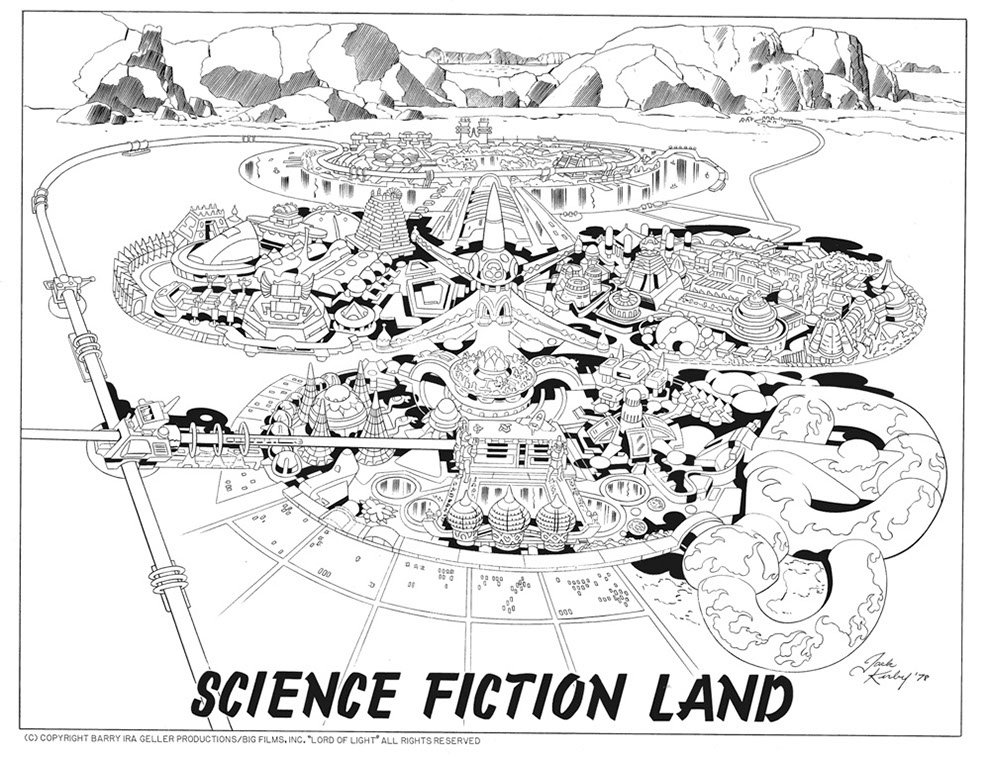