Nokia Lumia 720: a thin 4.3-inch Windows Phone, with an improved camera but no LTE

Nokia Lumia 720: a thin 4.3-inch Windows Phone, with an improved camera but no LTE

Nokia is unveiling its new mid-range Windows Phone 8 device today: the Lumia 720. Known previously as the Zeal, the Lumia 720 leaked in photo form last week, but it's finally official now. Equipped with a 4.3-inch WVGA display, 1.0GHz dual-core processor, 512MB of RAM, and 8GB of storage, it's a device that finds itself wedged between the Lumia 620 and the Lumia 820.

Although it's mid-range, Nokia has packed in some reasonable specifications into a unibody unit at a low price point. A microSD slot on the side of the device lets you expand the storage, and it's one of the slimmest Lumias available at just 9mm thick. The lack of LTE and WVGA screen will disappoint some, but Nokia sweetens that slightly with its super sensitive display that allows you to use gloves with the Lumia 720. It also has NFC built-in and the ability to add wireless charging with an optional rear cover. It's not the usual removable wireless charging cover found on the Lumia 820 though, there are three points at the rear of the device where the wireless charging attaches — extending the thickness somewhat.

Not PureView, but an improved camera

Nokia is focusing on its imaging technology for the Lumia 720. At the front there's a HD 1.3-megapixel camera with a wide angle lens. Nokia is also bundling a Glam Me application designed for users who want to take self portraits. At the rear there's a 6.7-megapixel camera with a f/1.9 aperture. Nokia claims this will take great photos, and the sample images suggest daylight results will fare well, but the company isn't calling this PureView. 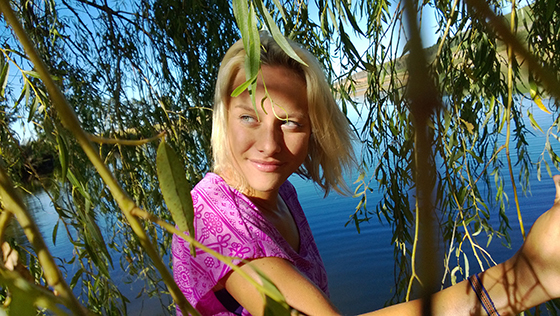 A sample photo from the Lumia 720, supplied by Nokia

Nokia appears to be targeting youngsters with this particular device, offering a unibody design and bright colors at an affordable price. Red, yellow, cyan, and black will all ship in matte finish, while the white version will be available as a glossy variant. The Lumia 720 will debut later this quarter in China and Asia Pacific regions at 249 euros ($341). The company is not yet announcing any plans for US carriers with the Lumia 720.