Sony's sleek Xperia Tablet Z coming to the US for $499

Sony's sleek Xperia Tablet Z coming to the US for $499

We're already familiar with the Xperia Tablet Z after Sony unveiled it in Japan last month, but now we know it's coming to the US. The company is using the occasion of Mobile World Congress 2013 to show off its latest slate to a wider audience, and nothing's changed: same 10.1-inch 1920 x 1200 display, same 1.5GHz quad-core processor (now outed as a Snapdragon S4 Pro), and same airy design at 495g and a world-beating 6.9mm thick. Other features include an eight-megapixel camera, water- and dust-proofing, NFC, and a universal IR blaster. The Tablet Z runs Android 4.1, with an update to 4.2 coming post-launch.

Sony tells us it's putting a premium on design with the Xperia Tablet Z, and that certainly matches our impressions from the short time we spent with it — it's the slickest full-size Android tablet we've used to date, though admittedly that's not a category littered with successful products. As for pricing, Sony is matching the iPad: the Tablet Z will cost around $499 for a 16GB model and $599 for 32GB, both in black. A white version will also be available directly from Sony. The company is yet to announce a release date for either, but we'll let you know when we hear more. 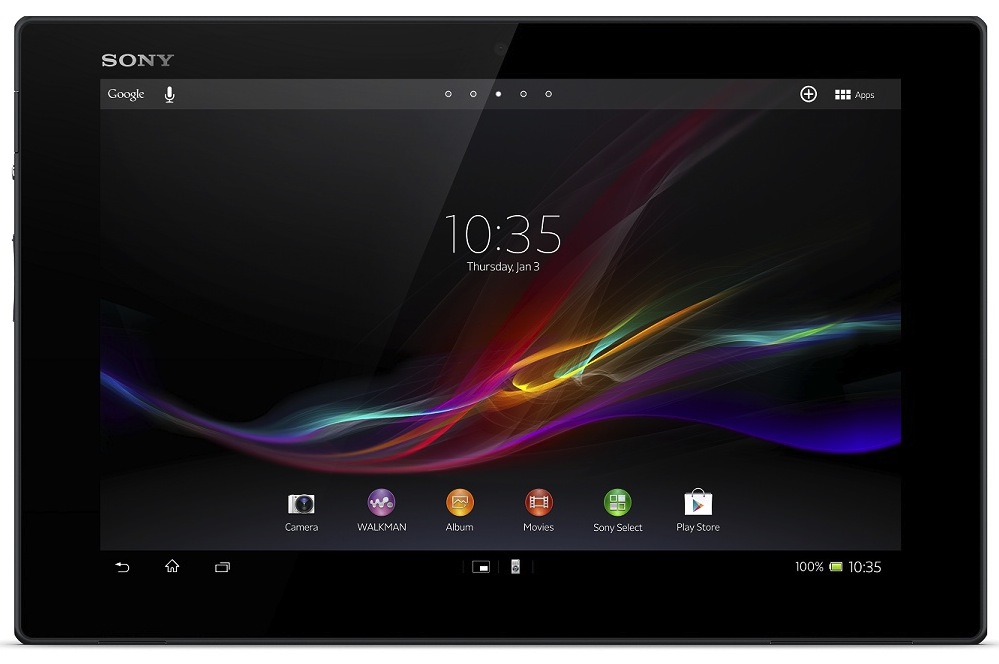 Update: At a Sony event on Thursday, the company confirmed that the Xperia Tablet Z will go on sale in the US in May.

More from this stream The best of Mobile World Congress 2013